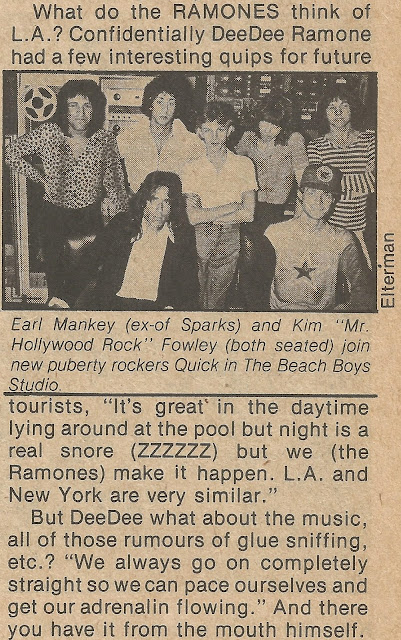 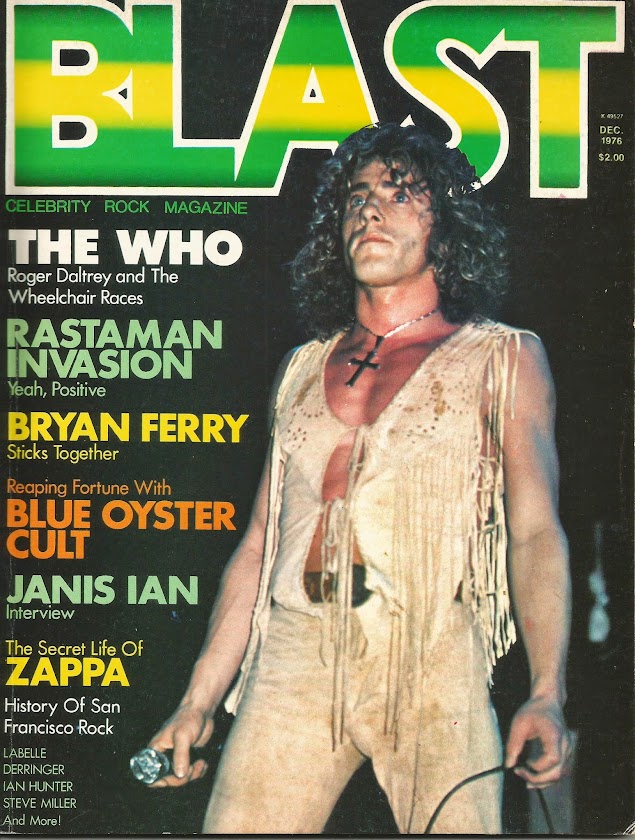 [back in 2014, the much missed Don Waller confirmed that yes, the Back Door Man masthead was present at those shows!]
Posted by Papa Jon at 4:06 PM No comments:

Was this Johnny Thunders' first Top 40 exposure and at the tail end of Dollsmania in 1974? Pure bubble gum detritus that I love which hilariously places JT between the Osmond Brothers and Eric Clapton and "pedalwah wah"! Not only that but Reunion's "Life is a Rock (But the Radio Rolled Me) was a Top 40 single on KHJ is 1974.  There is even Ullman's early 80's straight take of the song. Not too soon after Cheech & Chongs' "Earache My Eye" overtook Stevie Wonder and topped the KHJ single charts.

I have written before how in the documentary "Never Mind the Sex Pistols, Here's the Bollocks" there is evidence that the Ramones were barred from the KHJ playlist which would have had them at the top of the charts given how voting was kid dominated and the likes of Cheech & Chong had a hit. Makes me want to scream . . .

Del Shannon "Early in the Morning"

Been on a massive Everly Brothers and Del Shannon kick of recent.  I keep coming back to possibly my favorite Del Shannon track, "Early in the Morning." This early 70's one hits the sweet spot somewhere between Gene Clark, Vince Martin, Dion, Tim Buckley and Fred Neil. Pure gold. The only way to get this track currently is as an extra on the “The Further Adventures Of Charles Westover” cd reissue which itself is deserving of another write-up. Did Del record a whole lp in this style?

And now I can kick myself for not seeing Del when he was playing around a lot in the 1980’s, including some appearances at the Country Club in Reseda (when Steven Hufsteter from the Quick/Cruzados was in the band – see below), which was also the time Tom Petty and the Heartbreakers were working with him (“Drop Down and Get Me”era).