Flush from all that cash from "Billion Dollar Babies," Warner Brothers takes the plunge (sort of) . . . .

The Kings of LA circa 1981-82: Flesh Eaters, X, Gun Club, Minutemen/Non Plus Magazine

If I can figure out how to post these tapes I will. State of the art technology in the early 80's = cassette magazine. Based on the $.94 tag from Rhino, I must have grabbed these at one of the old Rhino parking lot sales. Chris D without a shirt by the side of the LA River as good as Jimbo posing without his shirt in Venice a decade plus earlier? Yes, it's a poet thing. JLP looking healthy and babyfaced. Did Black Flag feature on one of these Non Plus things? 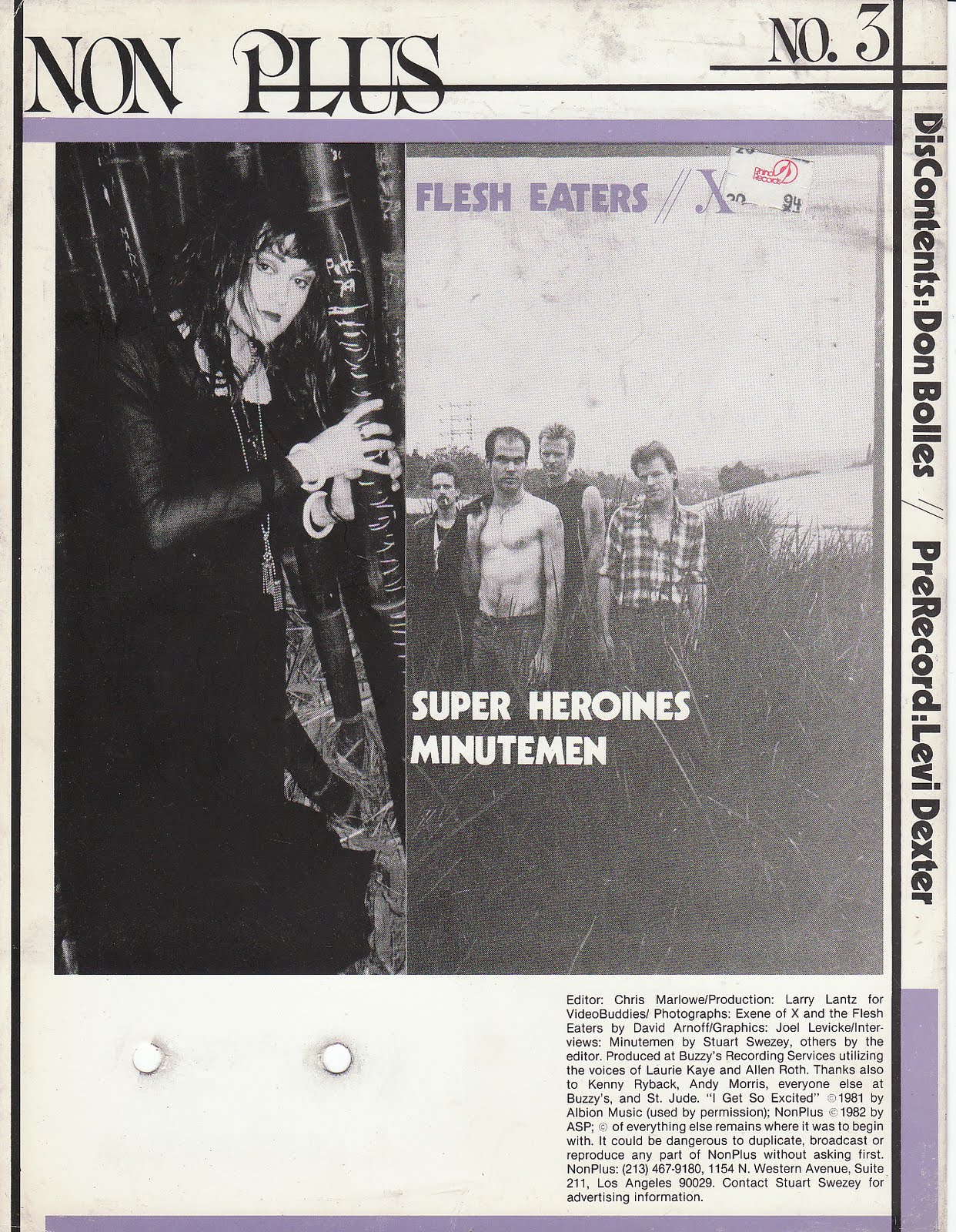 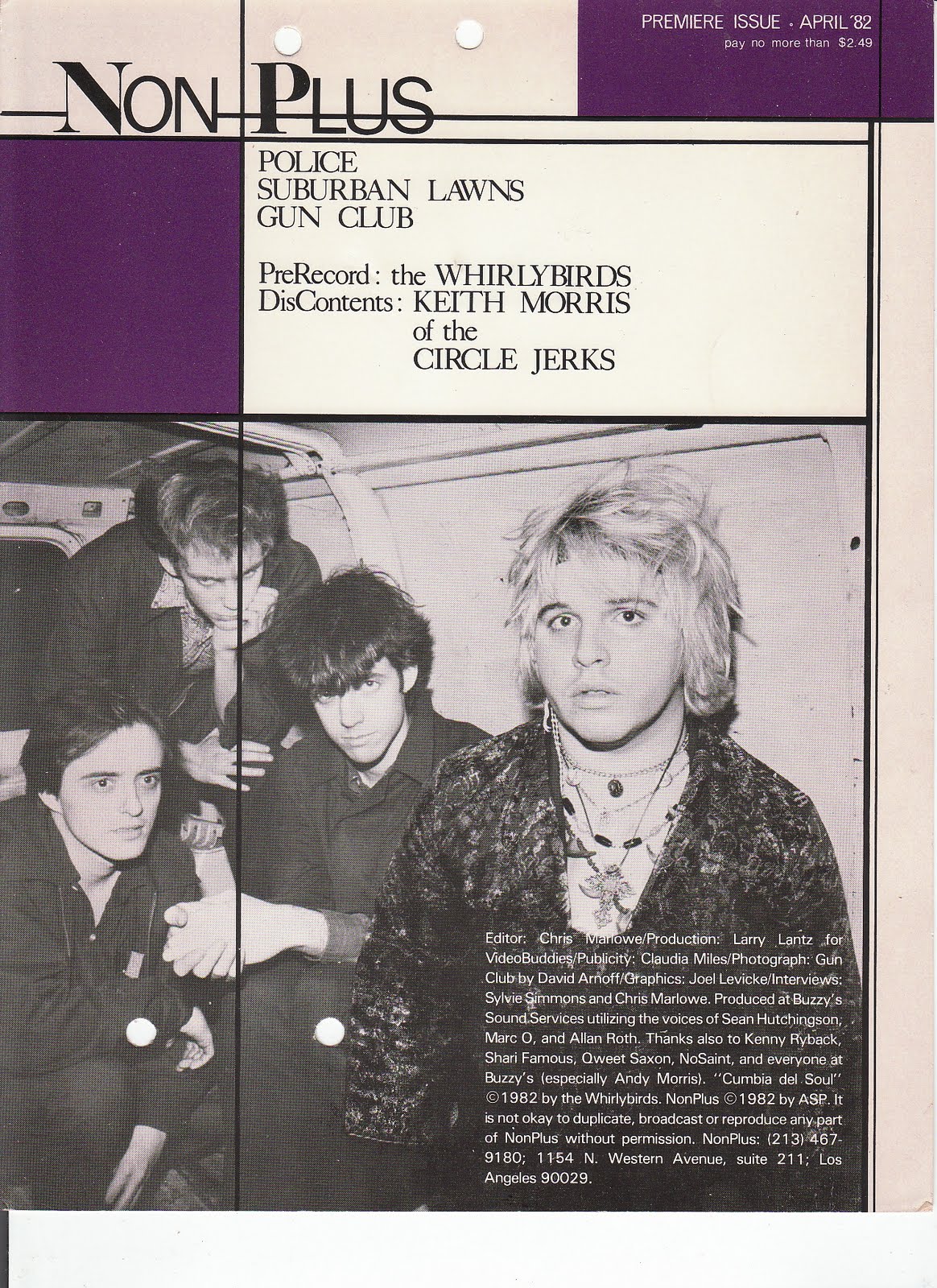 I swear when the Velvets decided to reform and tour Europe in 1990, it was pretty tempting to sell everything I had at the time and go follow them around. Friends can attest to that aborted plan. It didn’t happen and I thus still own the June 1970 issue of Circus below. I have derided Circus in the past, but occasionally, there were some astute pieces. The cover story on the Airplane was set to go to press almost at the exact time Spencer Dryden was being ejected/retired from the group. Luckily, the editors found that photo of Joey Covington to slap on the cover as Dryden is still mentioned in the pages as drummer. That said, Covington’s contribution “Thunk” from the underrated “Bark” is one of the better Nashville Skyline/doo wop/funk hybrids out there and a reet track to boot. Unfortunately, when Dryden left so too did all of his early Zappa-inspired creations ("no man is an island!"). As I have said previously on these pages re early JA up through "Bark": file next to Royal Trux. And why the fuck is the Howling Hex not hitting these shores this year? A future post on the greatness of even the concept of a Victory Chimp audiobook when I hear it.

But I digress. When Clinton Heylin published his Velvets reader All Yesterday's Parties, he did include the great piece below on the Velvets just on the cusp of releasing “Loaded.” In the end, Chris would have been a better choice to edit the thing and methinks Heylin knows that in his bones. But as I have said before, it is far better to SEE and read the primary source. It must have been weird in that spring of 1970 to now have all these folks claiming they were always fans of the Velvets. Nothing could be further from the truth but just look at the critical consensus gaining speed when you read them all together in All Yesterday's Parties. Where were all these hacks when Cale was around? At least Gleason reprinted his SF Chronicle VU swipe in his Airplane book. And why is Richman so prissy as to not have his Velvets juvenilia reprinted in Heylin’s book – I may need to scan it myself and post. I have been listening again to the essential “Fully Loaded Edition” from a few years back and the outtakes are fantastic to hear in better fidelity than the late 1970's boots. The whole thing just warms you up like that Plastic People of the Universe live tape of all Velvets covers from 1971 (or '72 or is it as late as '73?) which reeks of broken pint bottles sloshing around the floor - the atmosphere is that good and thick as to rival the Live at Max's lp . This Circus article hit the newsstand and drugstore racks in June 1970, Brigid Polk records the band at Max’s on August 23, 1970 and Lou is out of the band within weeks. Go figure. 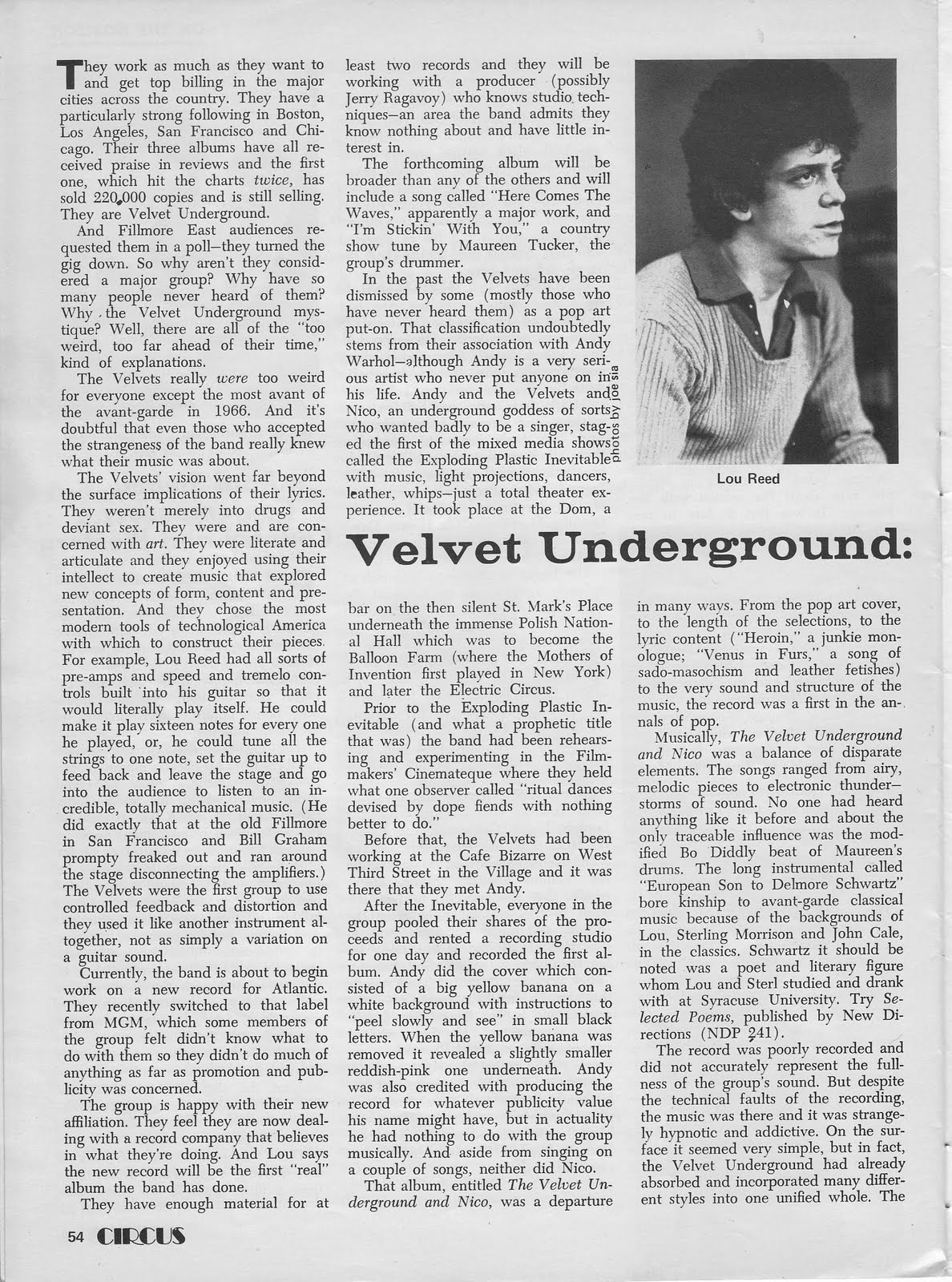 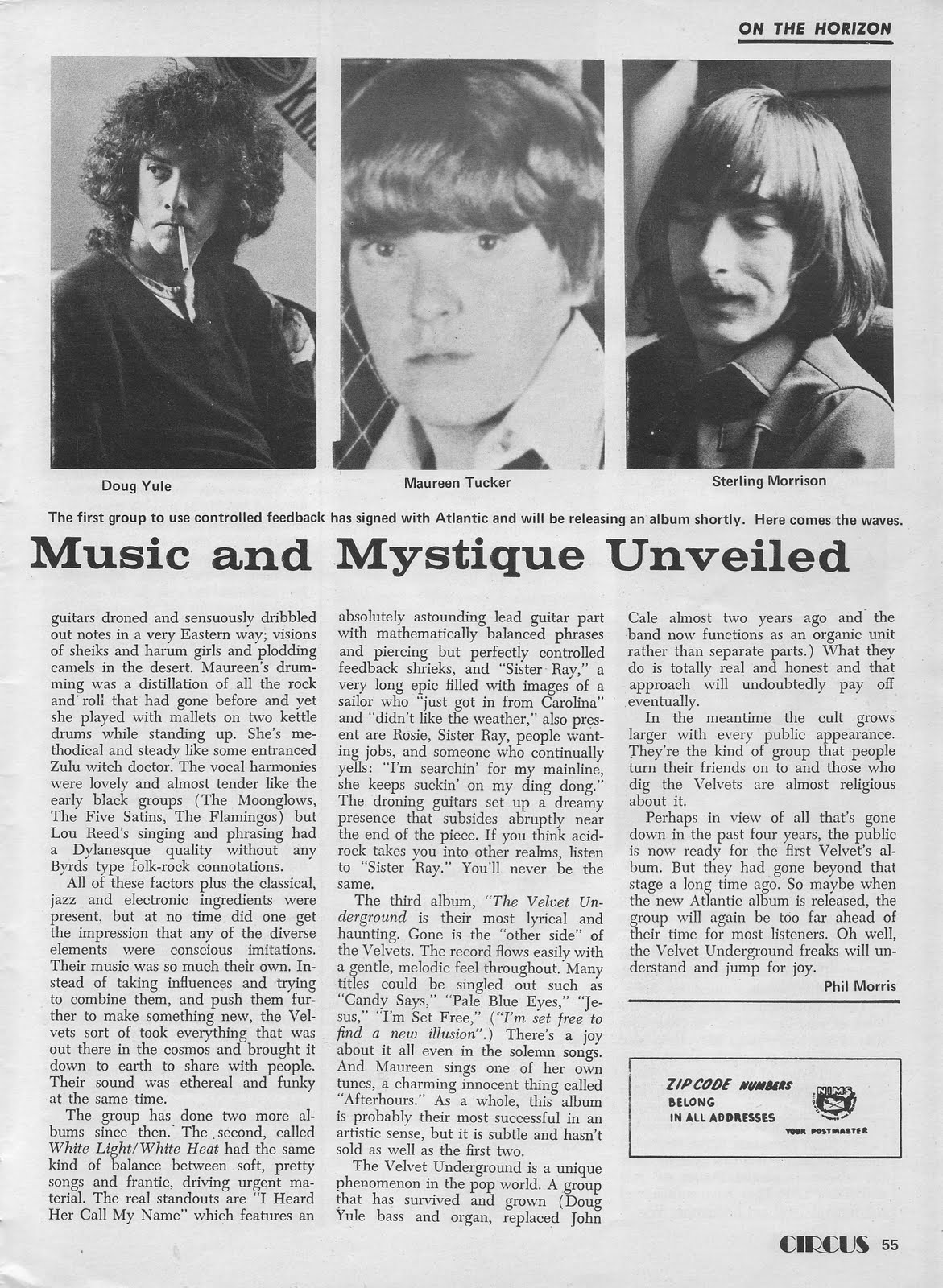 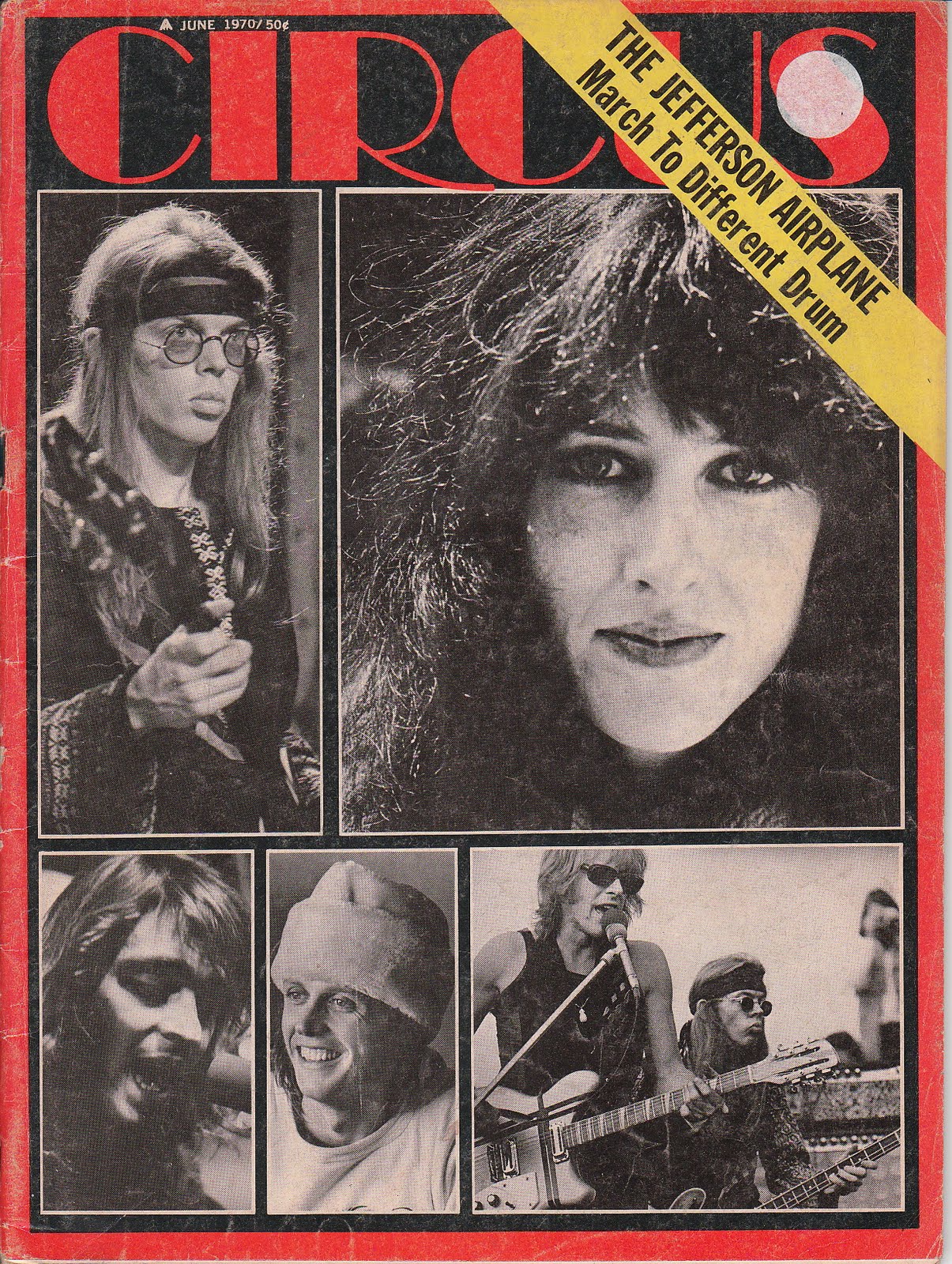 So the back cover of the June 1970 Circus is an ad for the soundtrack to Zabriske Point. You would get the impression after reading How Bluegrass Music Destroyed My Life that Fahey would at least get a mention in the ad. This is all the excuse I need to post the Mel Lyman "cult stars" of the film Mark Frechette & Daria Halprin schmoozing and doing the creepy crawl with the irrepressible Dick Cavett – and Mel Brooks and Rex Reed (most action post the 7 minute mark). Enjoy. 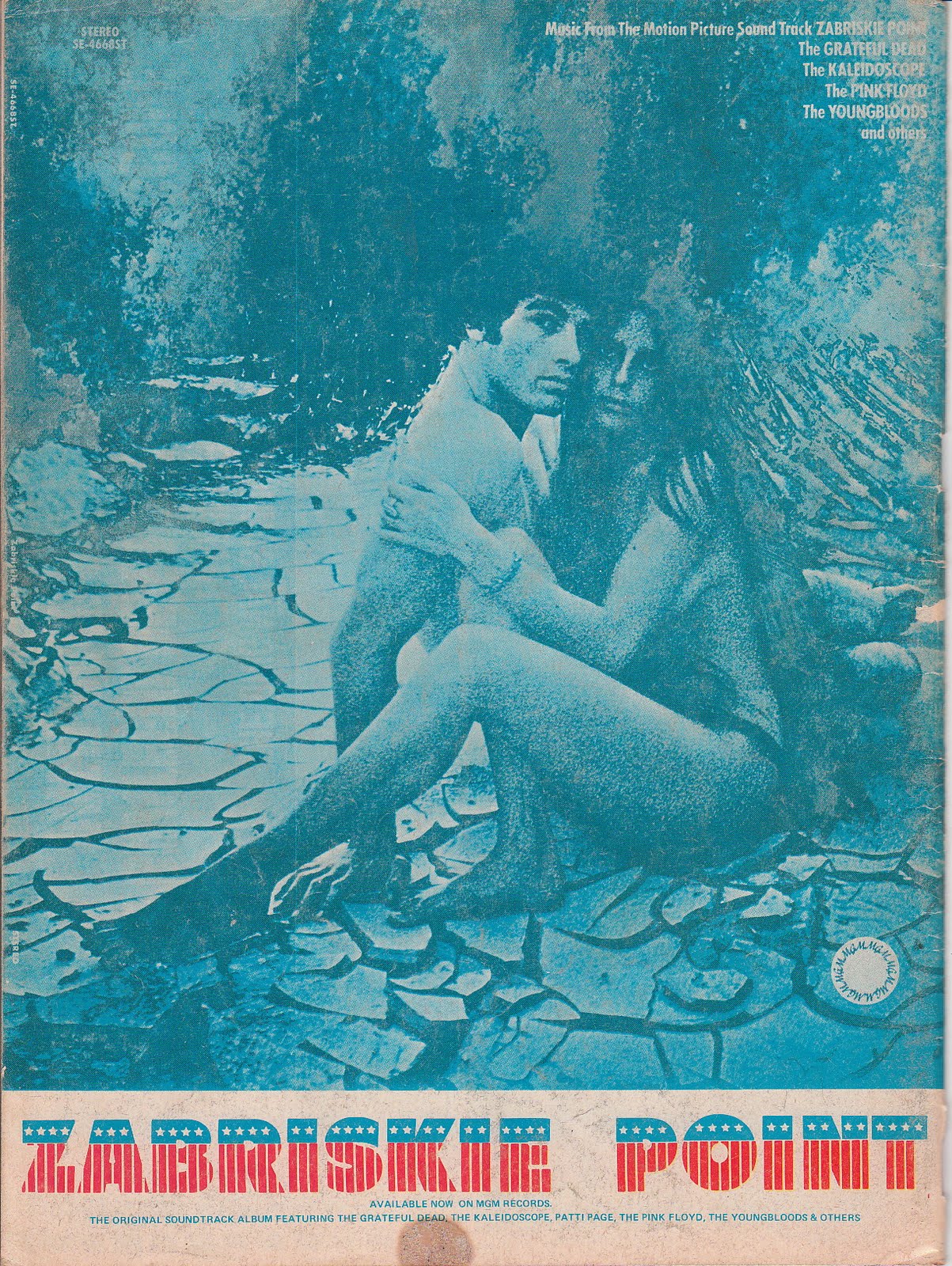