Straight out of Canoga Park, I have to say that the entire Smoke Seven catalog was pretty hot. Smoke seven of what I ask you? I bought them as they came out and heaviness abounds. "Born Innocent" alone would have made them legendary but that is only scratching the surface. RF7's 1982 debut "Weight of the World" is like an early 70's biker-metal private press that mutated into hardcore when taken out of the deep freeze. And cover art that would put a smile on Jim Shaw's face. Not too get too Roland Barthes on you, but the cover art reveals as much of the inner psyche of where Felix Alanis was at, as does the cover of "Damaged" reveal the undercurrent of inner turmoil caused by the constant police and societal repression of the extended SST family - and by implication that of the harassed fans - seeing themselves in the mirror with Henry's bloodied fist. Some pent up and heavy shit going down in SoCal. 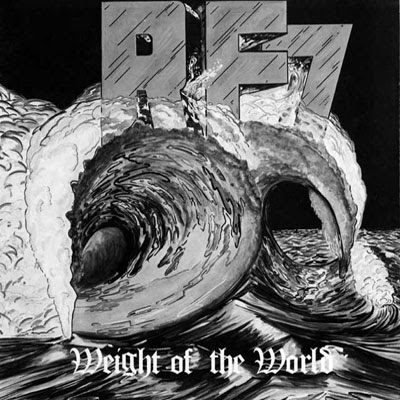 Where the hell are today's vocalists who can hold a candle to the likes of John Brannon, H.R., Alanis (or even Chris D. for that matter). The knob is turned past 11 eleven brother.


After seeing Easy Action live years ago, clearly Brannon's vocal skill and subtlety have gotten better and better with age. Take that Bryan Ferry, whose own solo cover of "The In Crowd" Brannon and Easy Action bested with pathos that Byron Ferrari could only dream of from his limo window. Which brings me to another mode of Smoke7 heaviness altogether via the "Public Service" lp from 1981 which I got a lot of enjoyment out of and was a nice local compliment to the stuff Rodney was playing. It also made me search out stuff by all the bands on the comp. The Thompson Brothers and Damon were kind enough to scoop me out of some early 80's, late summer doldrums and bring me to some roller rink in North Hollywood to see Circle One, the Angry Samoans, Shattered Faith and some others I can't remember now. I do remember Don Bolles being the dj between bands and being suitably impressed that he subjected all the baldies to the likes of the Seeds. That and a radical set by John Macias and Circle One. The show started with John saying that he "WANTED THE FUCKING LIGHTS OFF NOW!" Whoa. My memory of the night is that he had some face paint or charcoal right out of Walter Hill's "The Warriors." I was stoked that I got the hits like "Destroy Exxon" and "F.O." Anyway, in the barn I have the complete run of the Destroy-LA fanzine from Van Nuys. If Bell hadn't cut up my copy of issue number one in junior high, maybe you wouldn't have gotten the radicalness of the cover that is issue number two right here and now. Later I will post the Sex Sick interview with Kira Roessler and and the Alley Cats, which are interesting takes on the Masque-era right in the midst of hardcore. 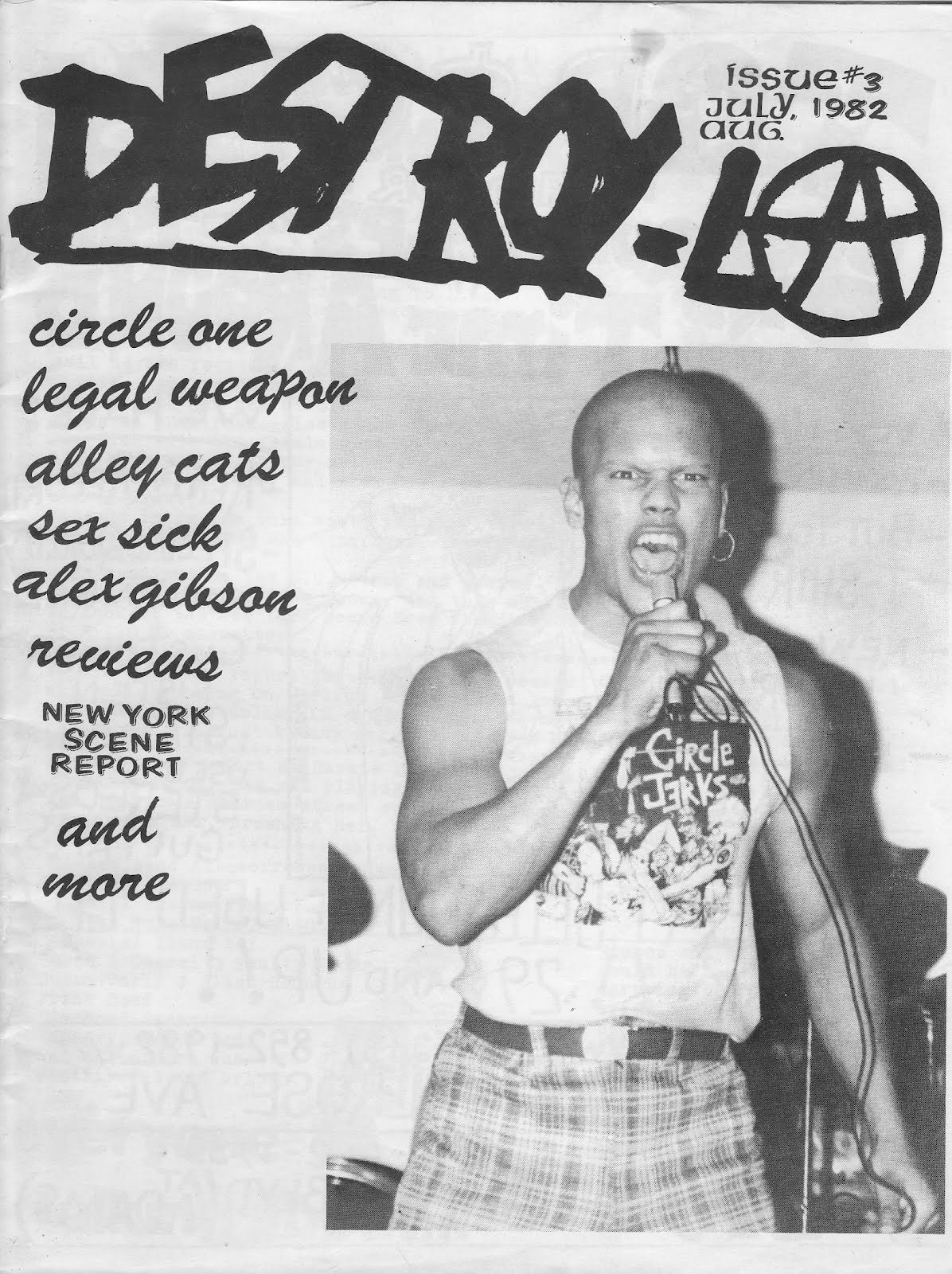 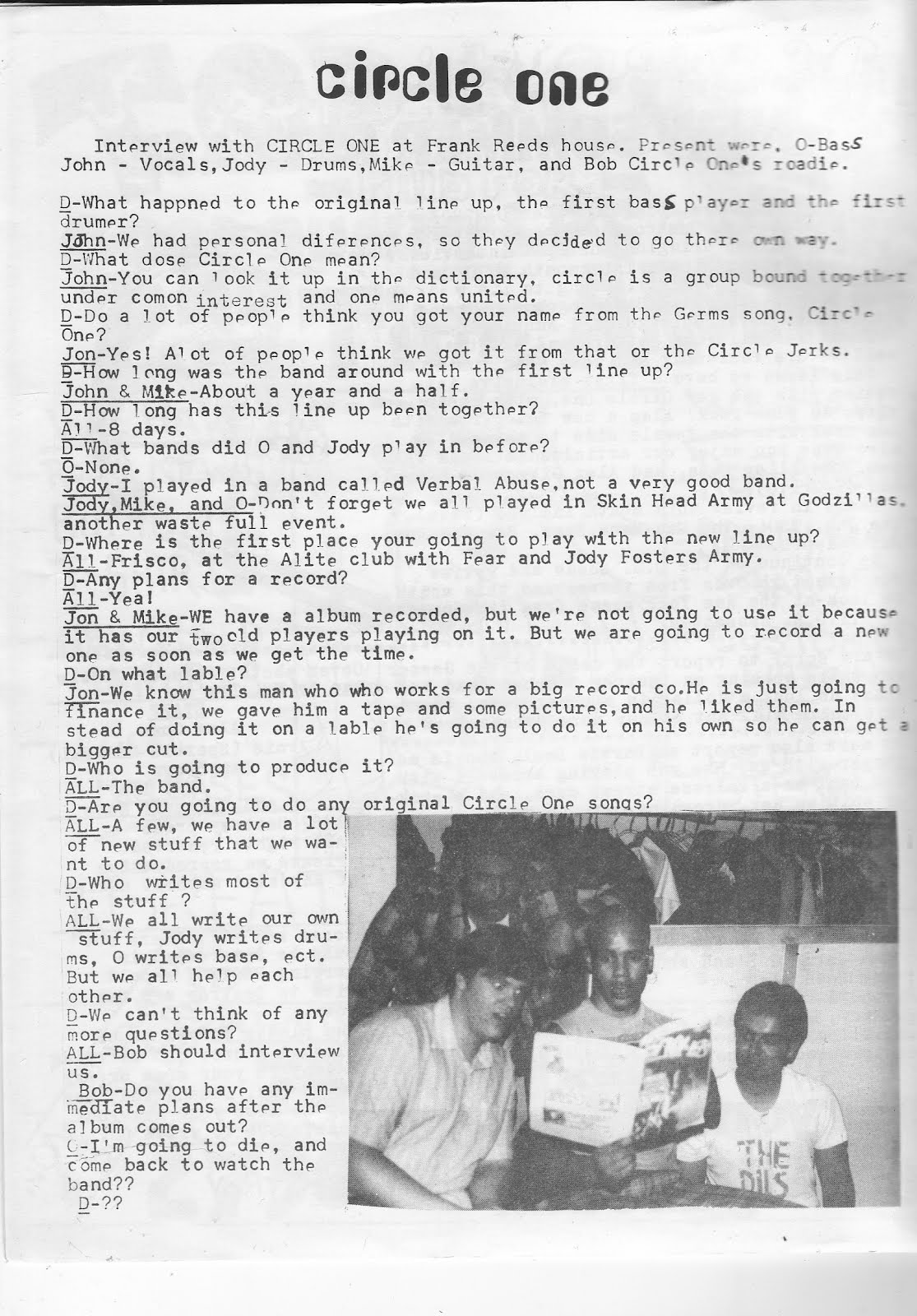 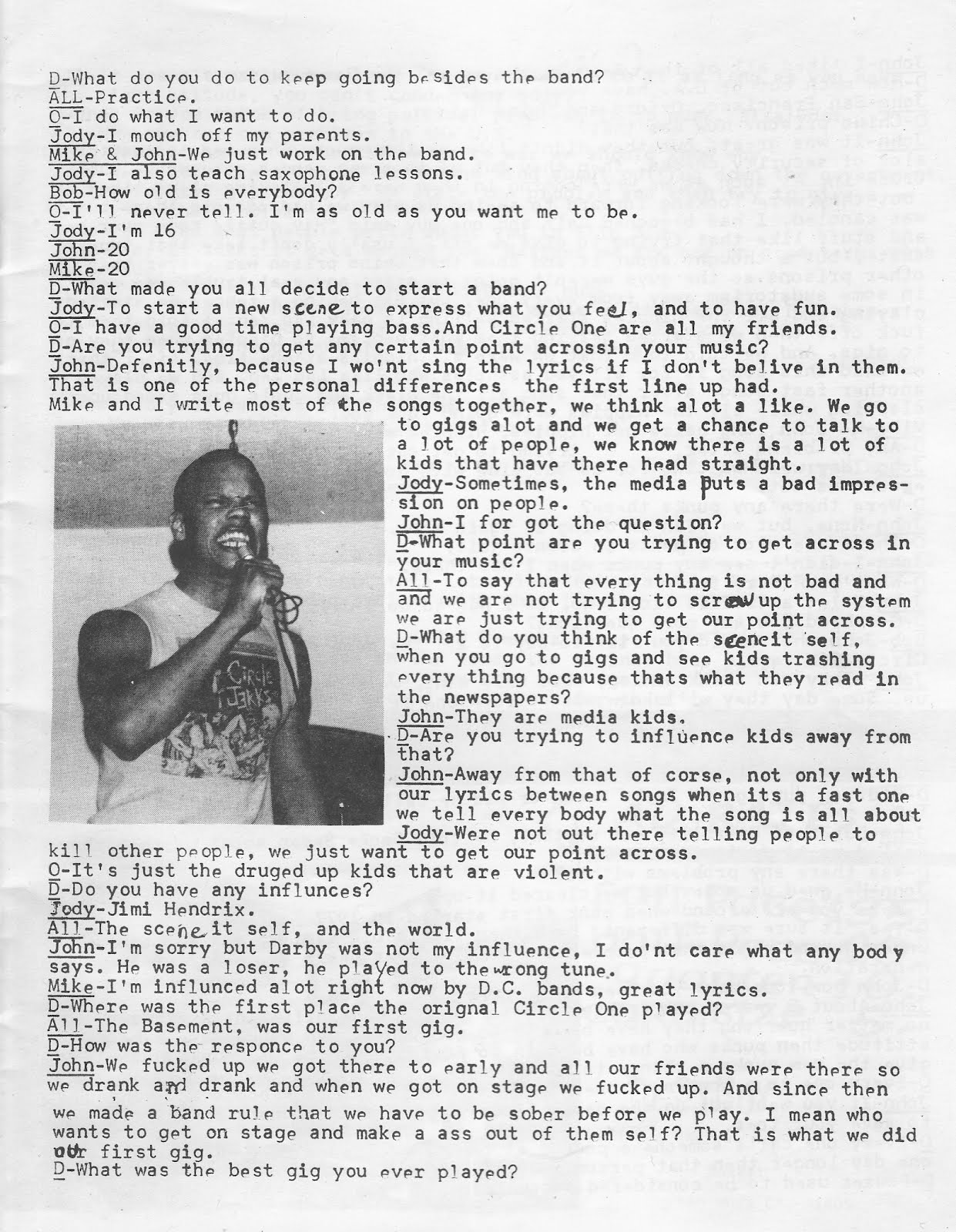 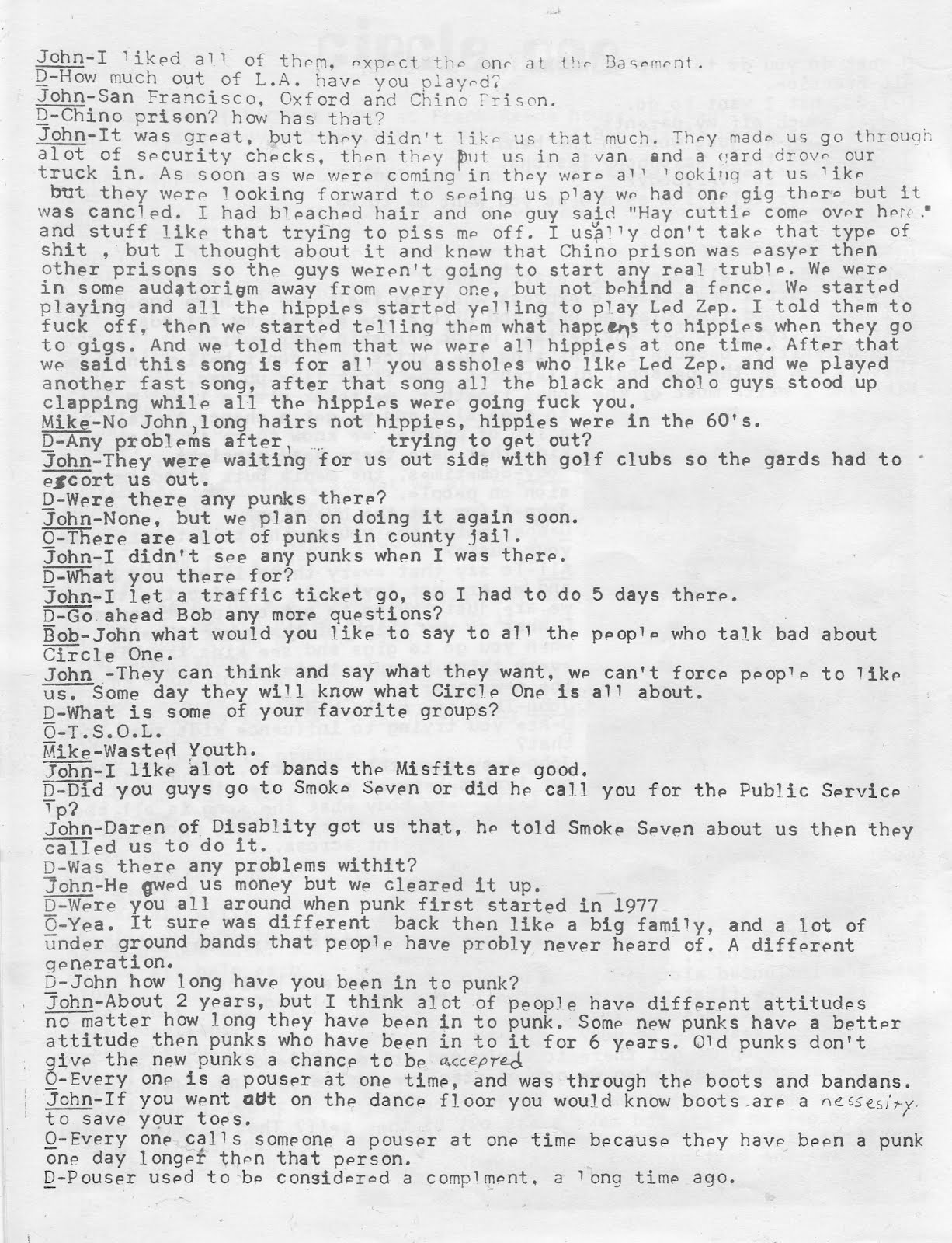 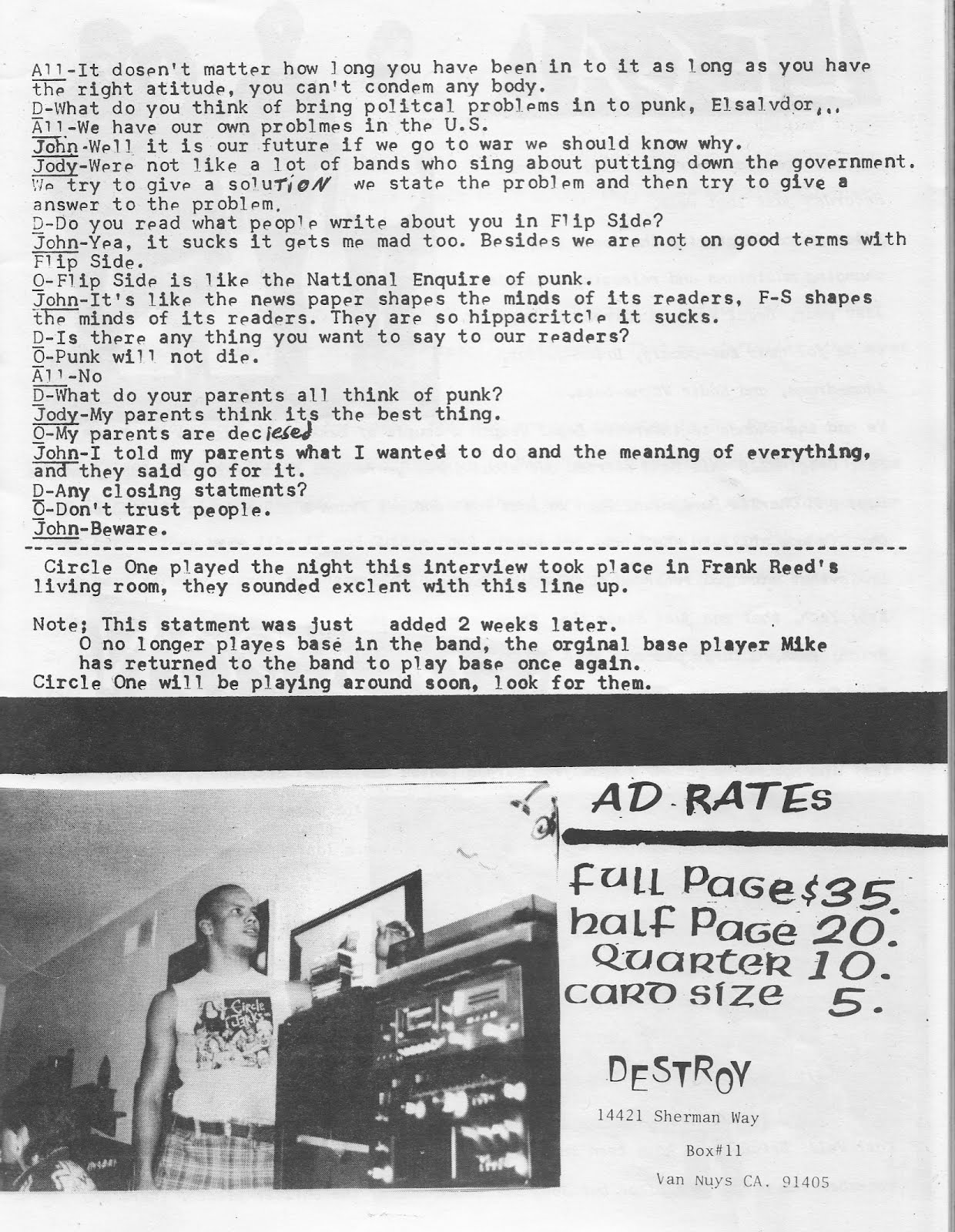 While in Melbourne a few weeks back, I managed to miss my old pal's Monoshock's warm-up gig in San Francisco. Warm up for what? You tell me. Japan, UK and continental festivals all finishing with an Australasian leg of the world tour ending here in NZ. Nice, no? That should have been what happened the first time. Instead, all we get for the gig is a 180 gram repress of one the 1990's quintessential records. Did Thirsty even listen to his free promo that we flung to him at the time? The rumble of "Cryptozoological Disaster" still defines the era for me - what is with all these self serving folks writing books about that era without including a CHAPTER on the making of this record. While missing the Monoshock gig, I did happen to find this old NME 1972 yearbook in a 1985-vintage psychotronic video shop (where the owner told my daughter not to touch the clamshell VHS cases as they were "collectible"!), and oddly not in one of Melbourne's forty plus record stores. That said, you get Nick Kent on Hawkwind. Lemmy drinking a Newcastle Brown Ale, Dik Mik in front of both the Sam Gopal lp AND "Weird Scenes Inside the Gold Mine." "From Bolan to Beefheart"!! It says it right there on the cover. After watching Monoshock, move yourself to some VINTAGE 1986 Nick Kent (right after John Peel) as he pontificates at 2:40 of the South Bank Show special on the Smiths. Dead on as always. Outstanding stuff. More Kent and Hawkwind in the archives here if you can be bothered to search. 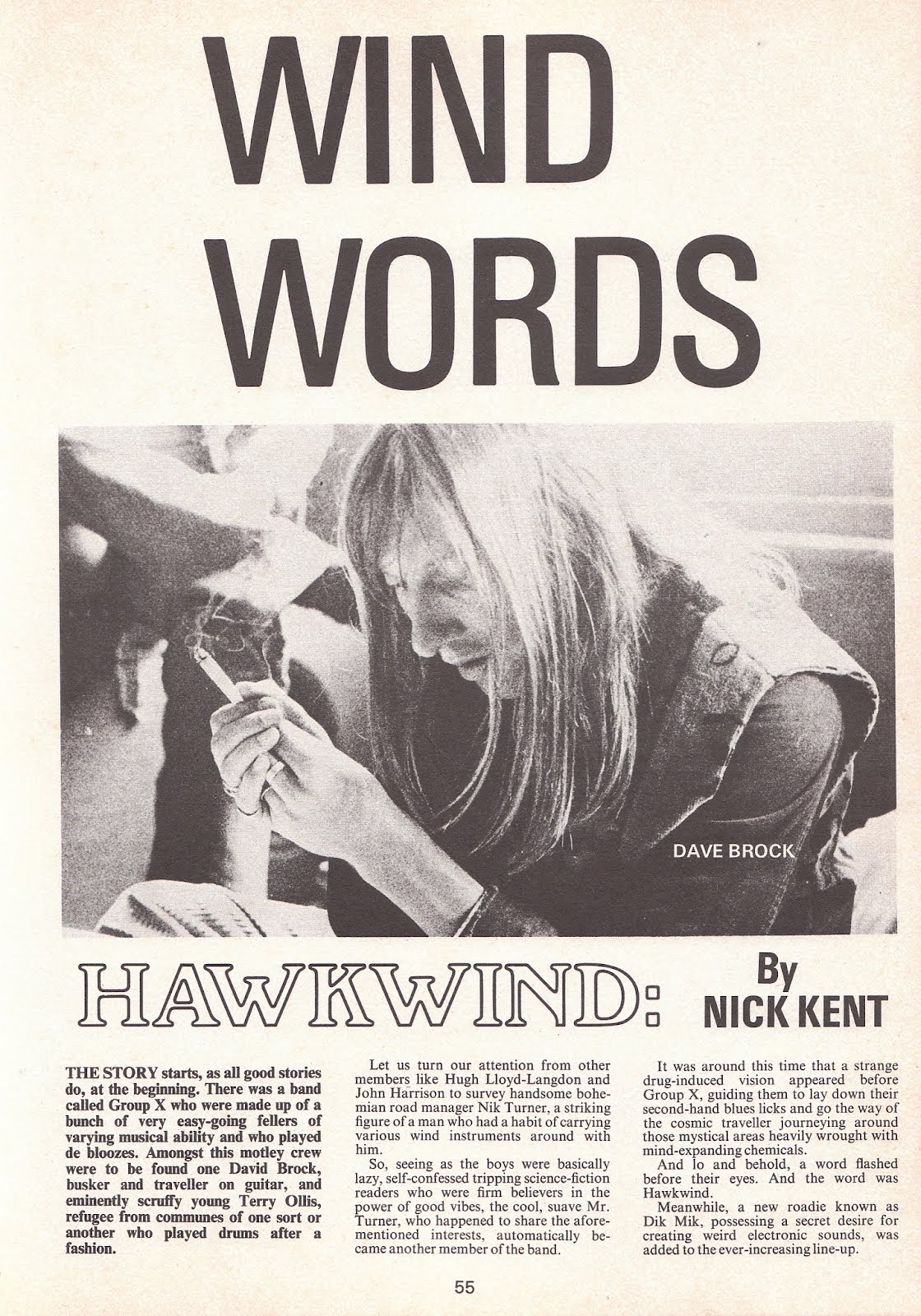 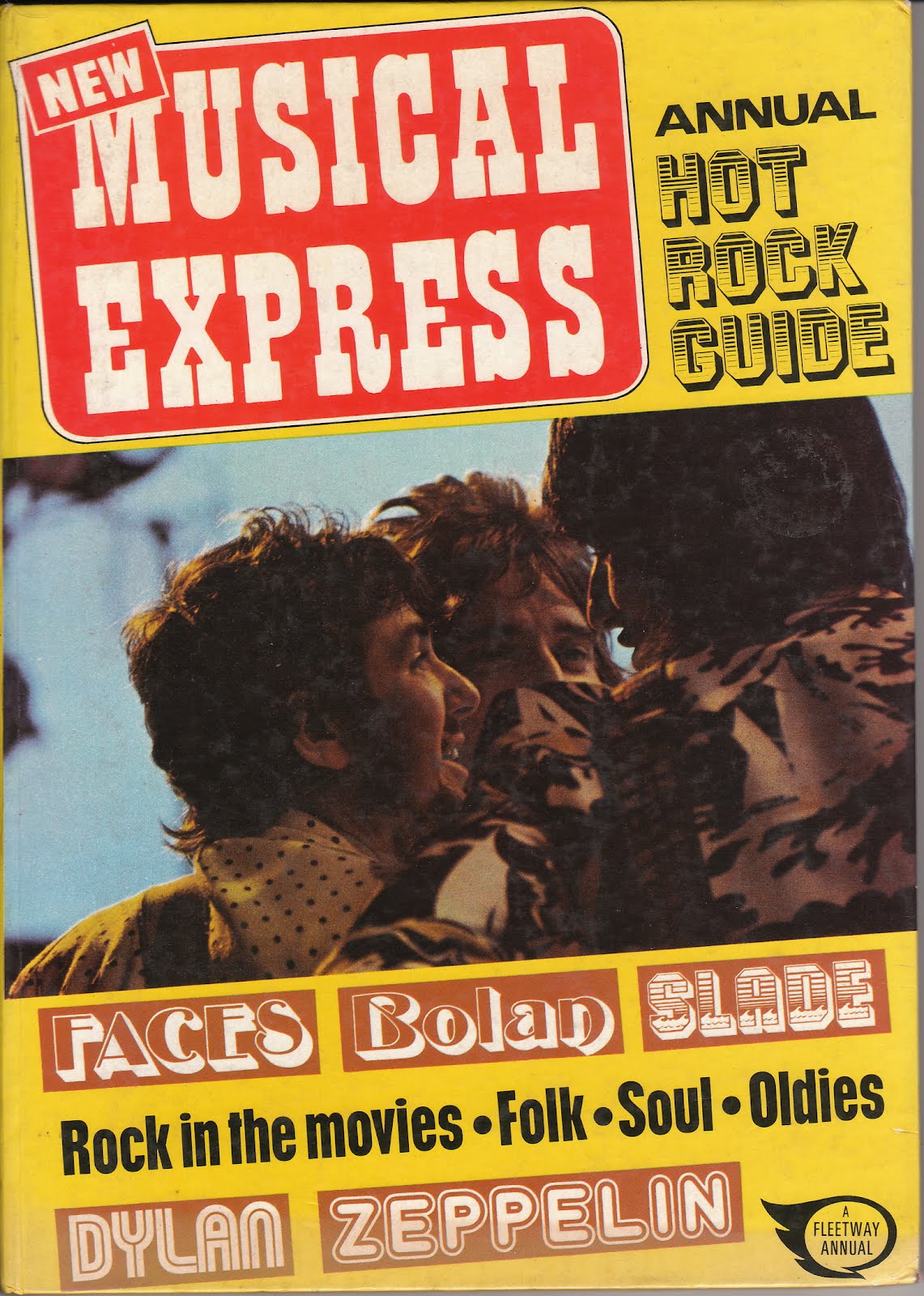 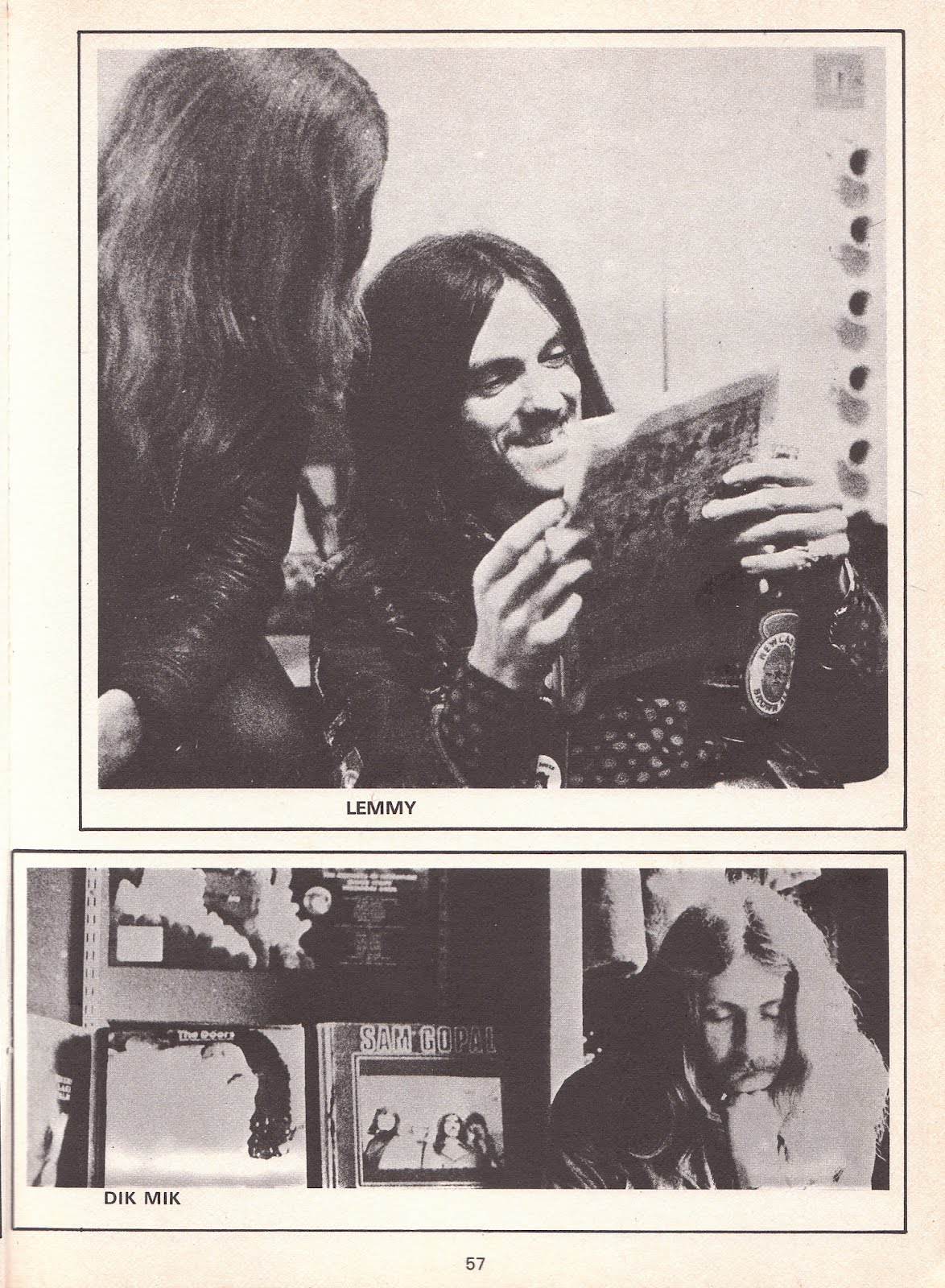 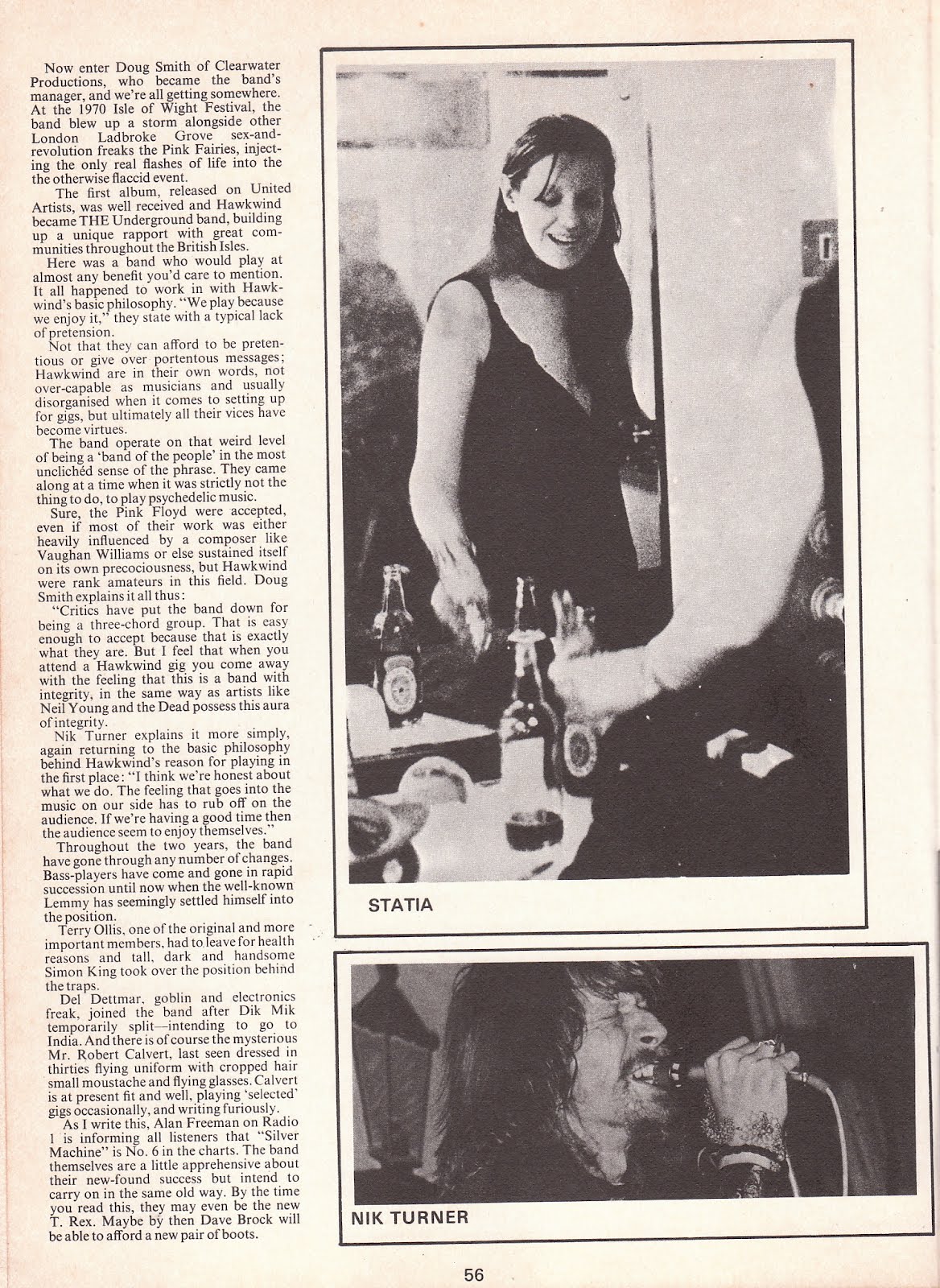 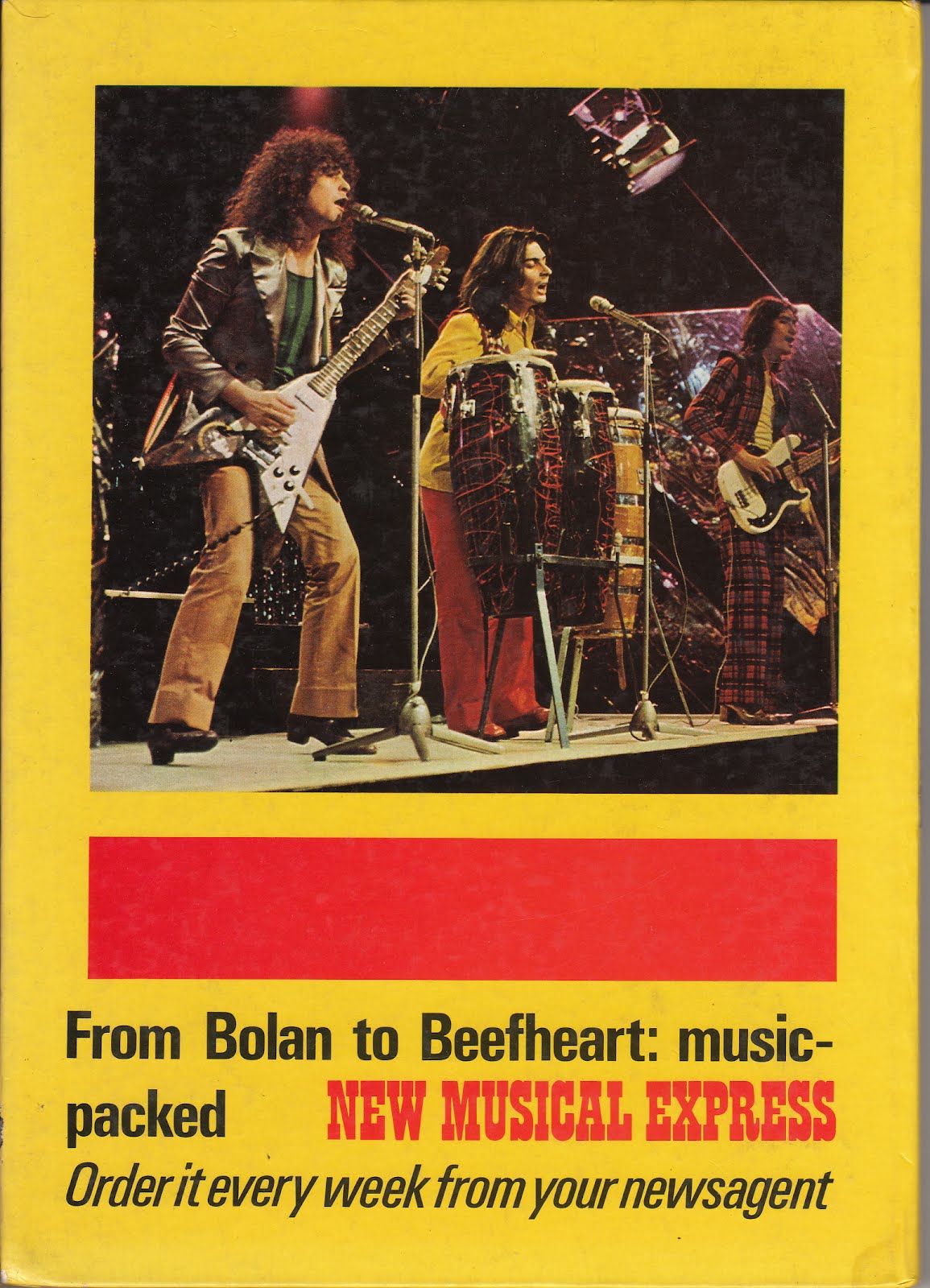