La Libre Expresión in México Canta ("The Magazine of the New Wave"), October 1970

A recent find in the D.F. has been México Canta, an underground Hit Parader of sorts. Heavy Beatles coverage in the two issues I have from 1970, and little did I know how big CCR was in Mexico ("Lodi" was #1 on the charts in the issue below from 1970) and the non-Fogerty CCR Revisited is playing at the awesome Auditorio Nacional in March. What jumped out was a feature on La Libre Expresión (assuming it is the same band). I have had a repress of the 1968 (or is it 1969) lp by this great Mexican psych-garage band for about a decade. Almost entirely covers (Creedence, Blue Cheer, Hendrix, Zombies X2, Bee Gees and the totally underrated (Young) Rascals - who need a post of their own - it just flows like an slightly mersh u-ground jukebox of the day (in Spanish of course). The same issue has a nice feature on Quicksilver Messenger Service as well. So, possibly reprinted for the first time in 43 years, una entravista con La Libre Expresión: 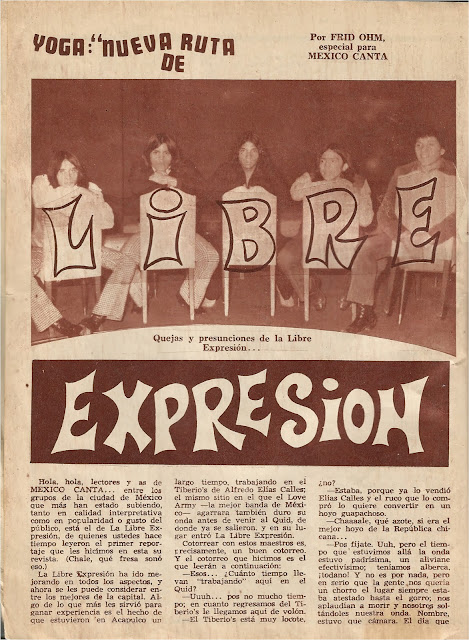 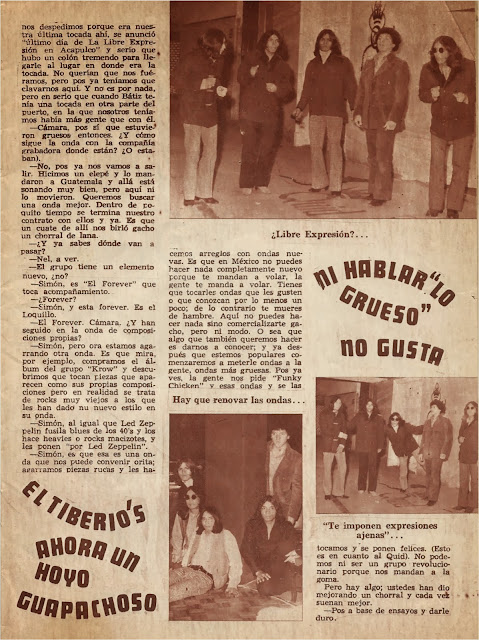 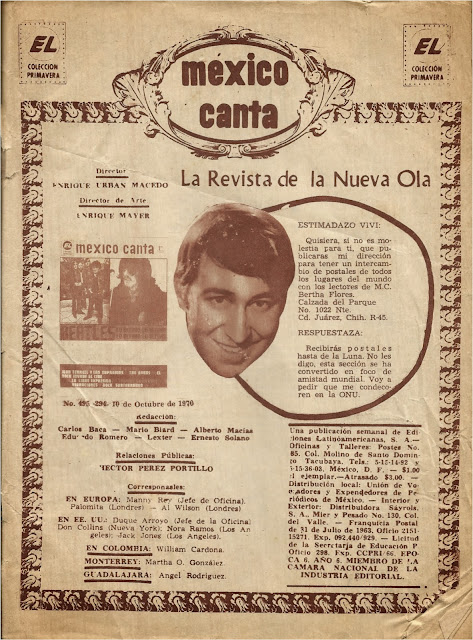 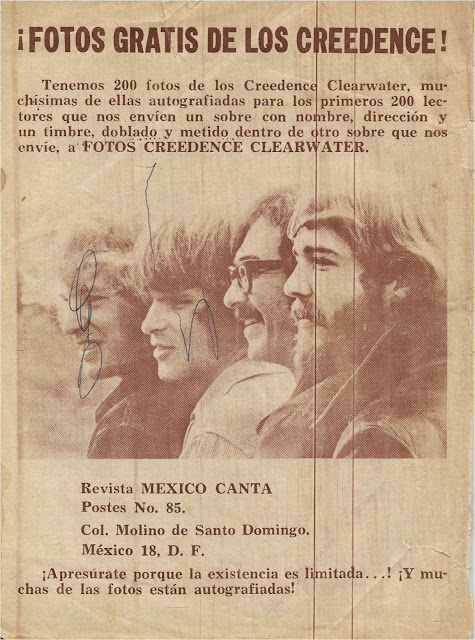 Made in Cuernavaca in the state of Morelos, 197? A recent find at one of the best Sunday outdoor markets in the world, El Mercado de La Lagunilla. 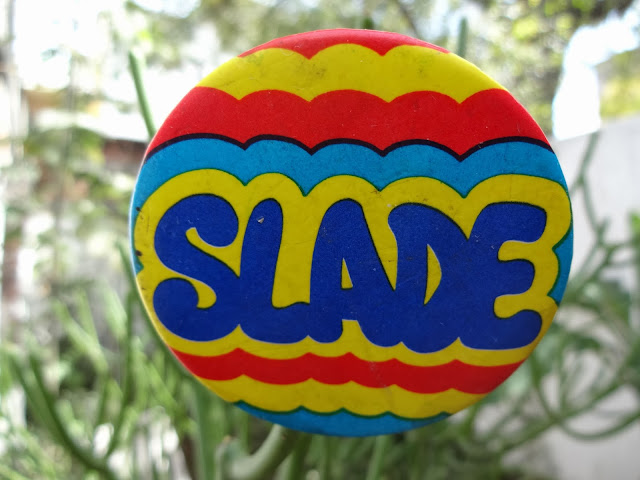 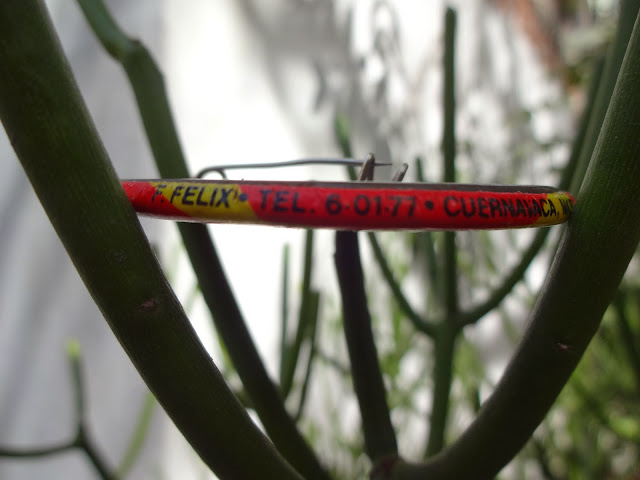