A couple of random facts about the late, great Claude Bessy. Claude Bessy's first acid trip was seeing the Jefferson Airplane in 1967 ("Cocktails With Claude," LA Weekly 1979 interview w/ R. Meltzer). Second fact: there was a late 70's meeting(s) between Claude and P.K. Dick with Germs manager Nicole Panter and artist Gary Panter at Dick's Orange County home, with photographic evidence that ranks up there with the great 70's photos including the Nixon/Elvis photograph and Iggy Stooge and Robert Plant c. 1973. Third, Claude had a recurring cameo on the Hardy Boys tv show playing bad boy rocker "Frenchie" (hey Claude - easy on Paul Williams there!)

Seeing Claude 20 feet high with fucked teeth spewing his rock philosophy (and with Catholic Discipline - get that great Artifix cd) - at the Sherman Theater (RIP) in Sherman Oaks during the spring 1981 original theatrical run of the Decline of Western Civilization was one of the more indelible memories of my pre-teen years. Claude is clearly someone who needs both a compendium of his writing and a critical biography. 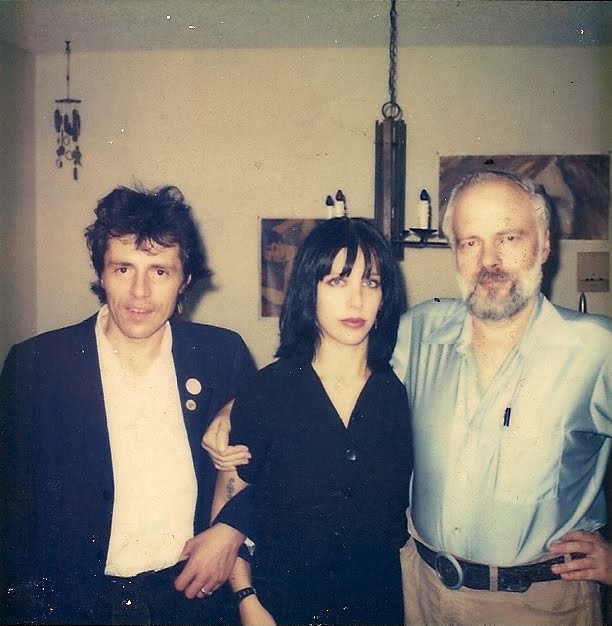 I had originally thought I would do a big write up on the Jefferson Airplane given how much time I had spent listening to everything up through "Bark" and live recordings up to that time as well. Figured out what Kantner was on about with Pooneil. Duh, he likes Fred Neil and A.A. Milne. I reread the Ralph J. Gleason 1969 paperback "The Jefferson Airplane and the San Francisco Sound" (Ballantine Books, New York, (1969), which reprints excerpts of his 1966 slam of the Velvets and the Tamarkin book (even the Slick autobio - did she actually type any of it?). Watched the great "Fly Jefferson Airplane" dvd. Godard and the pre-Let It Be NYC rooftop shoot was a revelation.

But in the end, I just think I was wrong to skip the records other than "Takes Off" and "Surrealistic Pillow" until now. Make no mistake, Skippy WAS really one of the creative forces in the band - they even cut his tunes after he left the band. I think I have to thank Haggerty for forcing me to stick it out through "Bark" via the cover of "Law Man." Those first six records - including the live one - have golden moments. Maybe hearing "Miracles" in the 70's so many times forced a reaction to shun them. Thank the Coen Brothers as well for inspiring a recontextualizing/revisitation of what those records meant at the time and Coley's PSF interview last year.

I always felt that Byron Coley was kidding when he wrote of Marty Balin's "crooning hambone essence," or referred to him like an "underground" version of Bob Hope. See Spin, Jan. 1993, Blue Light Special: Jefferson Airplane. After reading Jeff Tamarkin's book, I kinda felt sorry for the guy for having his band practically taken from him by a science fiction obsessed ego-maniac and a totally soused, limo liberal. I mean, the guy could have been considered an east coast pal of Meltzer at the height of the JA's creative and commercial peak circa '67-68. See Meltzer, R. "Marty Balin: Artist as Madman" (Rock, 1970). That said, I am deep enough in to keep an eye out for "Blows Against the Empire" and "Sunfighter" in the dollar bins. Here is JA at the Filmore '66 with Signe (looks like Dryden and not Skippy on drums) doing a number from "Takes Off," an lp that Meltzer I think correctly referred to as "post" folkrock:

Marty's lyrics are not Dylan's, but hey, the guy could write a great simple love song. For some reason, I think I had always steered clear of the band owing to the stench of the forced agitprop as well. But, like I have said before, "Volunteers" sounds great today and Jorma's Fahey-esque playing on "Embryonic Journey" on the Jerry Garcia coined title "Surrealistic Pillow" is near perfect.

Is the creative peak "After Bathing at Baxters"? George D. Henderson of the great and underrated NZ band the Puddle cites "Crown of Creation" as a top 10-er. I can imagine George having his mind blown in 1970 Invercargilll in his off time from the movie theater job. My vote for best Great Society cover is the Salvation Army's cover of "Grimly Forming." Here is the Grace Q&A from Hit Parader 1967. 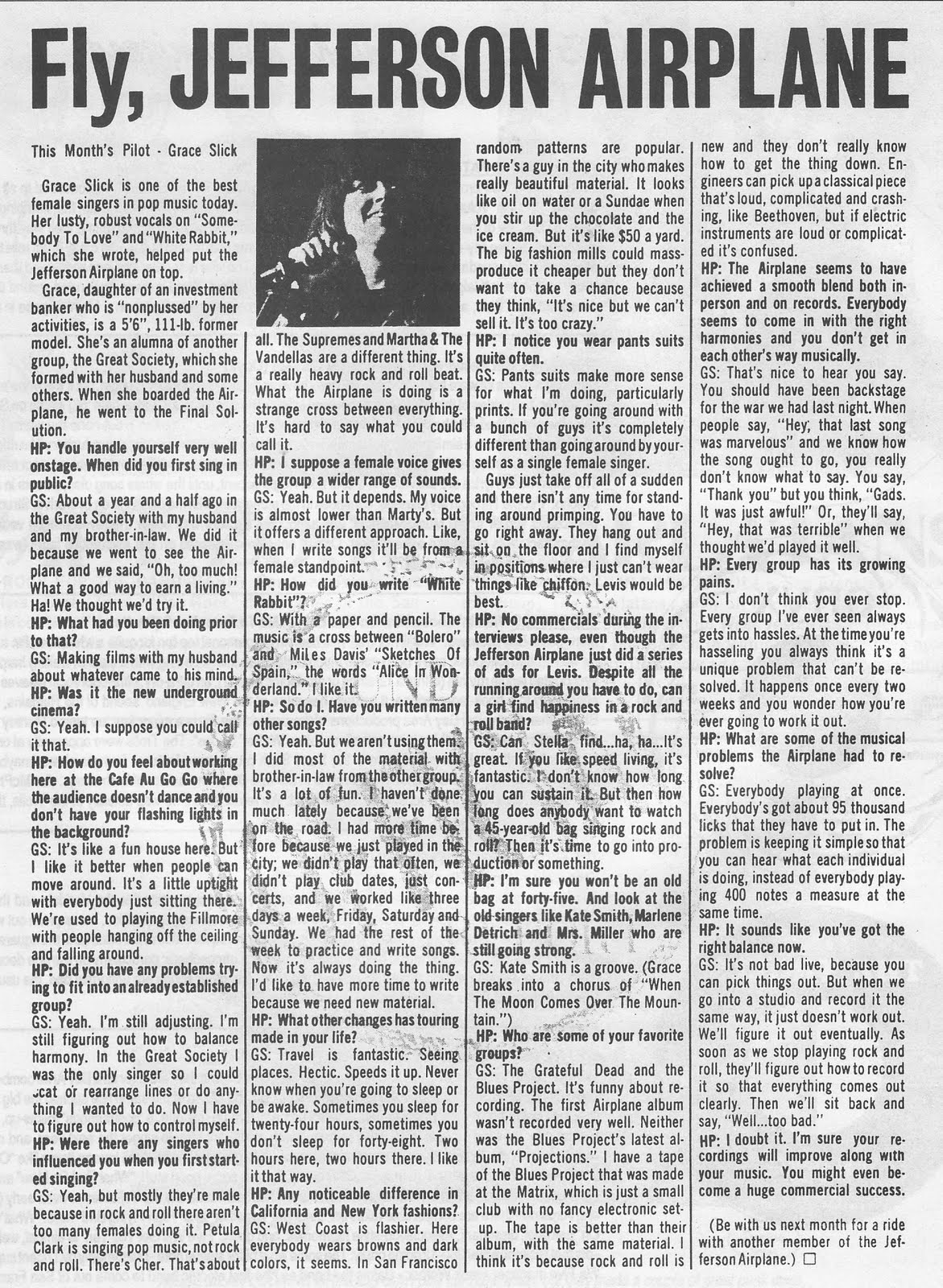 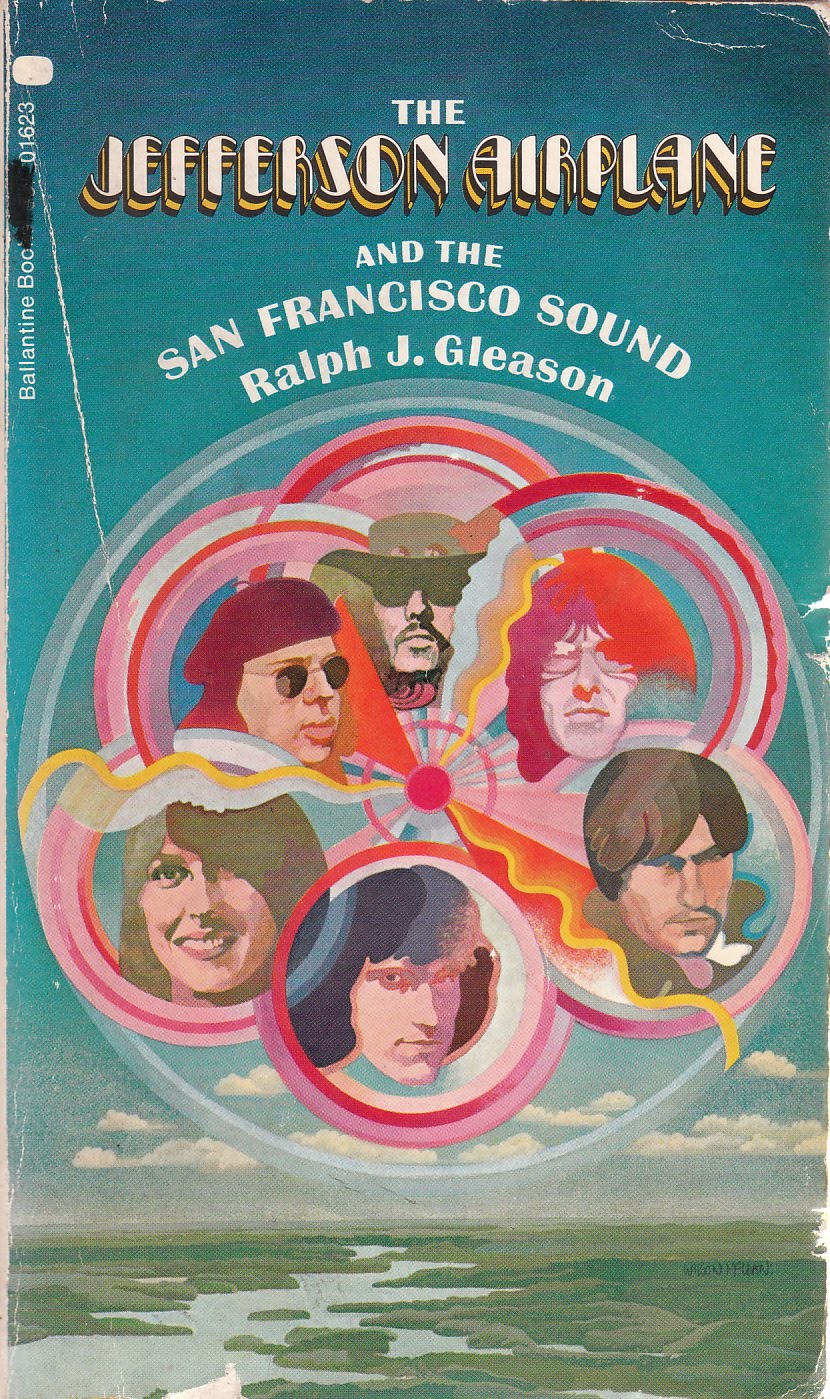 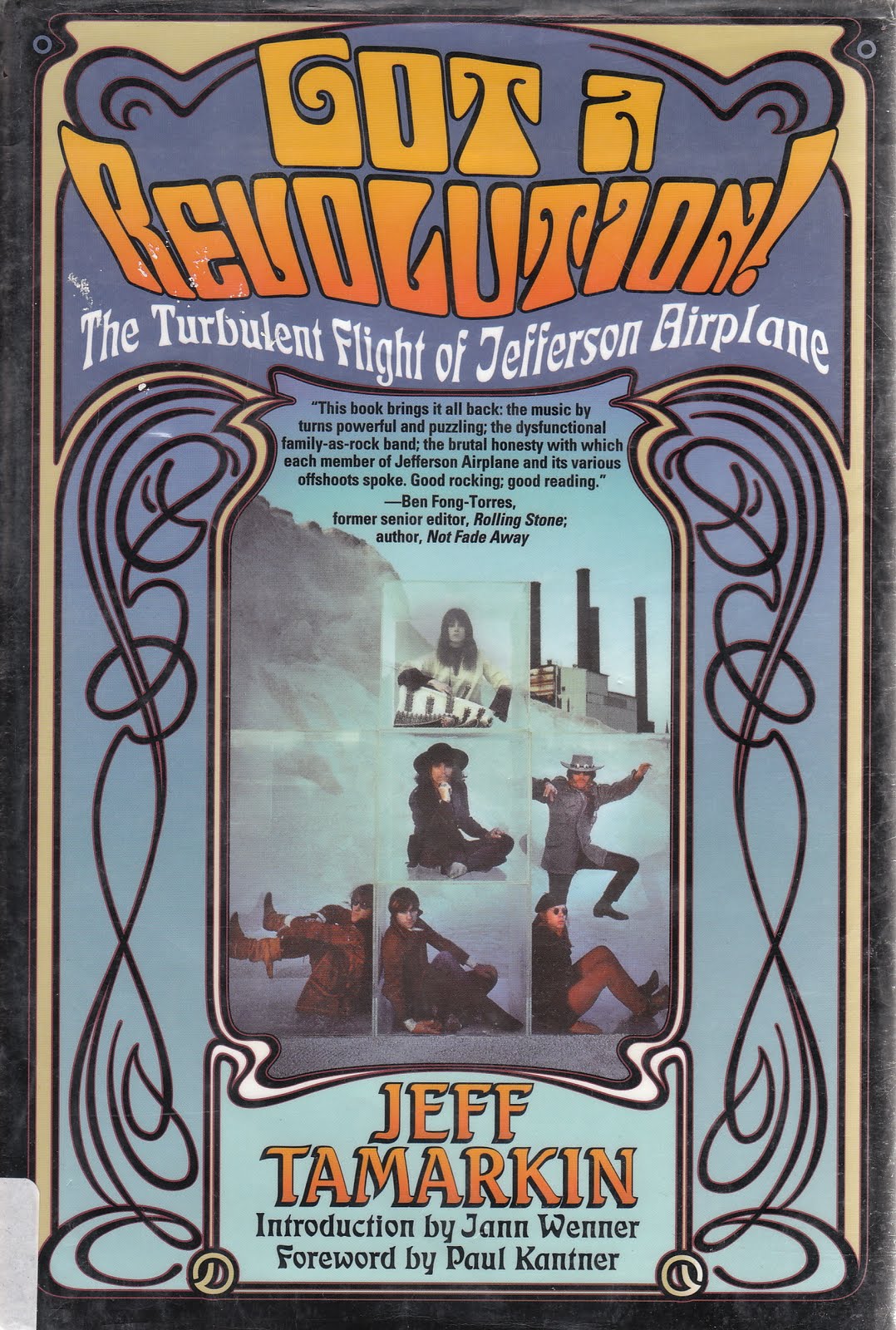 Of the many places that could claim the mantle of pre-punk or proto-punk headquarters (for even a few minutes), let me introduce the San Fernando Valley circa 1972-1973, or more specifically Panorama City. That is the location of Mark Shipper’s BuckShot Records and the great compilation of the Sonics called “Explosives.” Then we have the Valley’s own Droogs practicing and releasing their first single in 1973 covering the Sonics’ “He’s Waitin'” on Plug-n-Socket, beating certain high profile “punk” folks to the pressing plant. I don't think there is any dispute these days to the Pacific Northwest's right to claim its place in the history of punk via the Sonics, Raiders, Wailers etc.
Now, do we even get into the ethics of reviewing one of your own releases in a trade publication? See RPM, June 1973, below. Naw, as RPM was itself a mouthpiece for a particular label and when the review is this over the top (and spot on 38 years later), and includes high praise from Metal Mike, we let it slide, no? Then, what do you do next? You have your friend Ken Barnes flog the thing in Fusion the next month, followed by a sweet Sculatti review of the second BOC record (along with a NICE photo of the Soft White Underbelly/Stalk-Forrest Group), wherein he talks about picking the Sonics of the 70’s. Great review, great record. This is how back in the day you created a real critical consensus! Don, the Imperial Dogs coulda been (are) the true Sonics of the 70’s! Decided not to crop Bangs’ review of Sun Ra’s “Atlantis” or Meltzer’s Spheeris reviews for your enjoyment. Oh yeah, a couple of pages of Sculatti/Saunders/Shipper’s 1974 “Brain Damage” as well. Mark Shipper phone home. 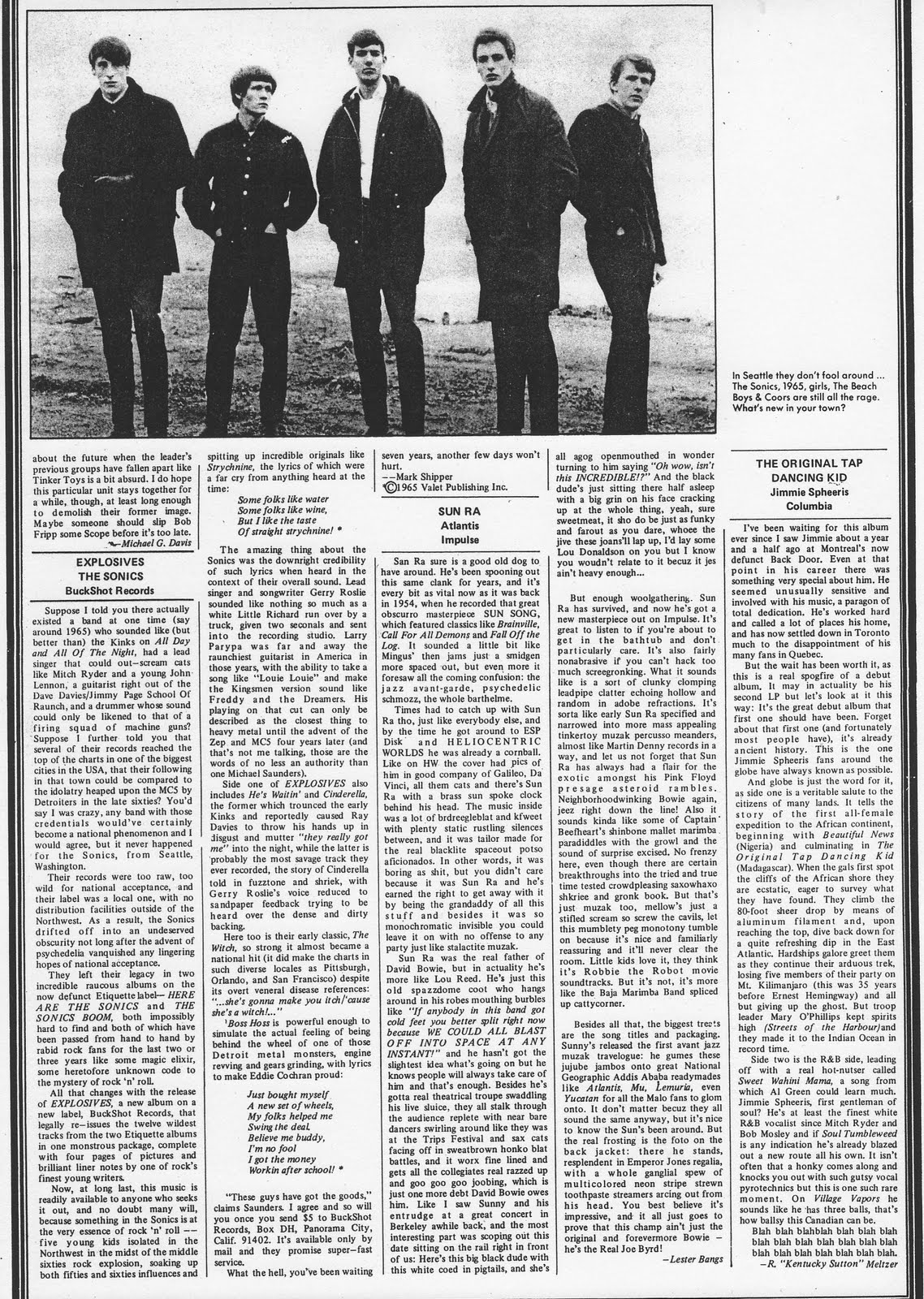 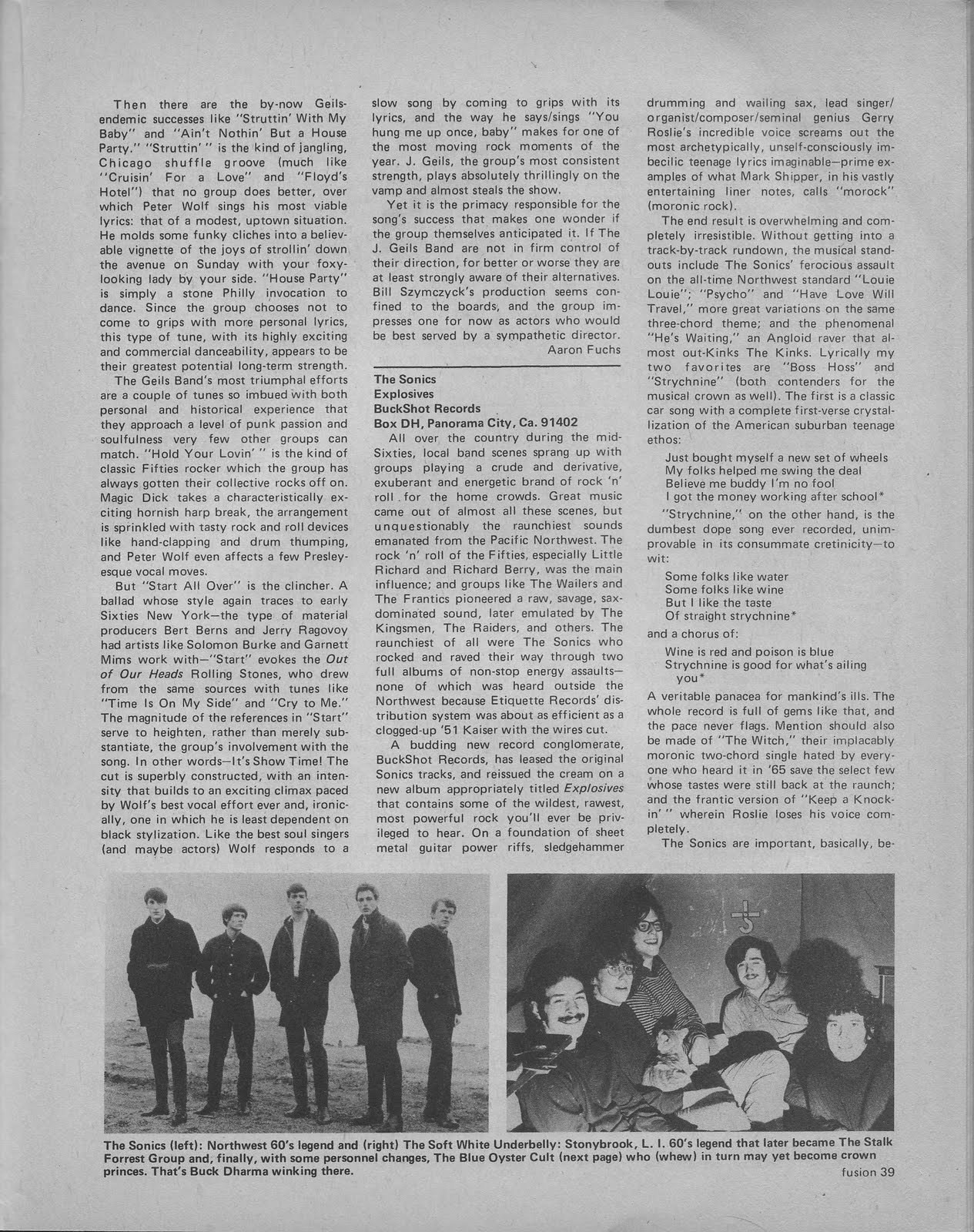 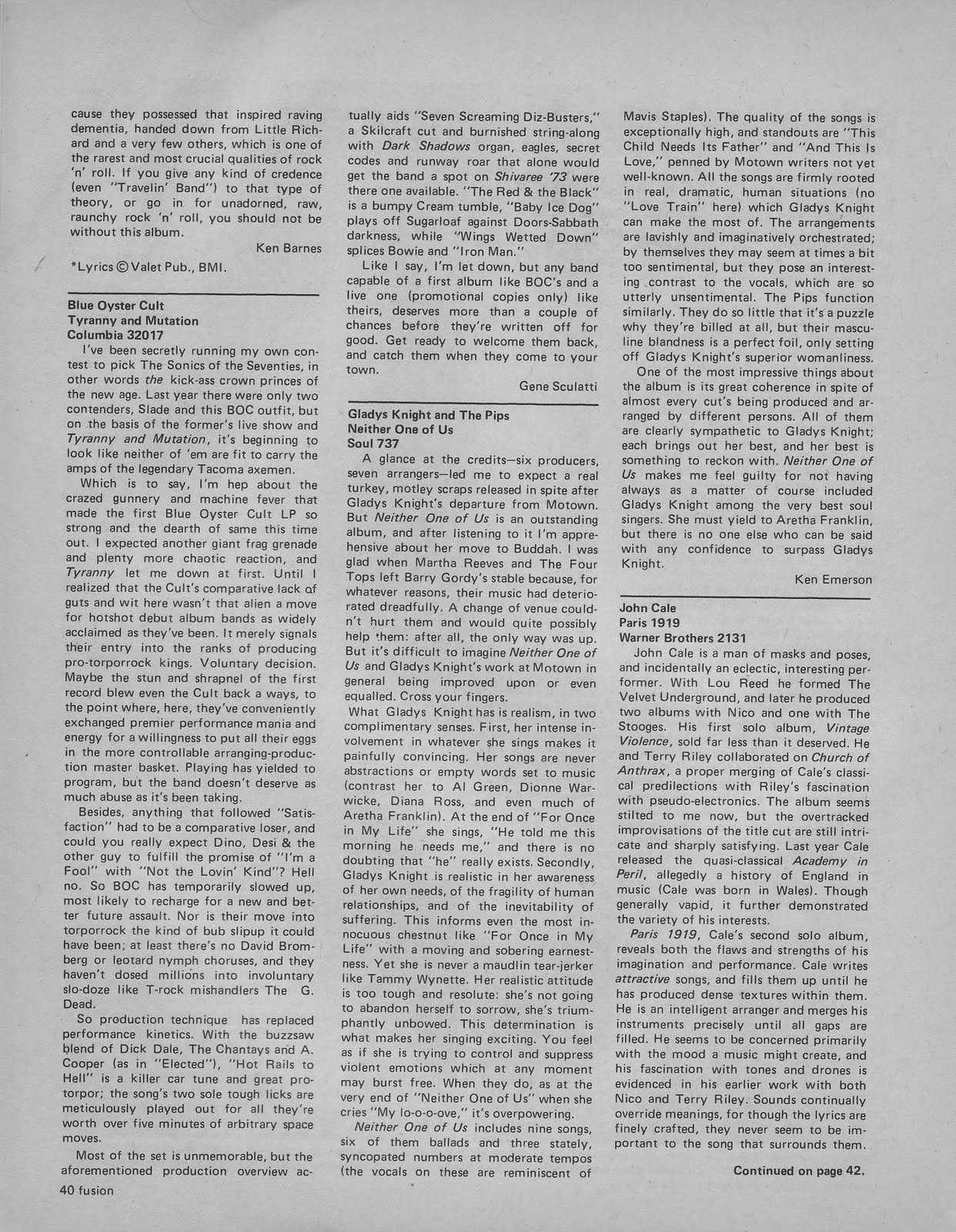 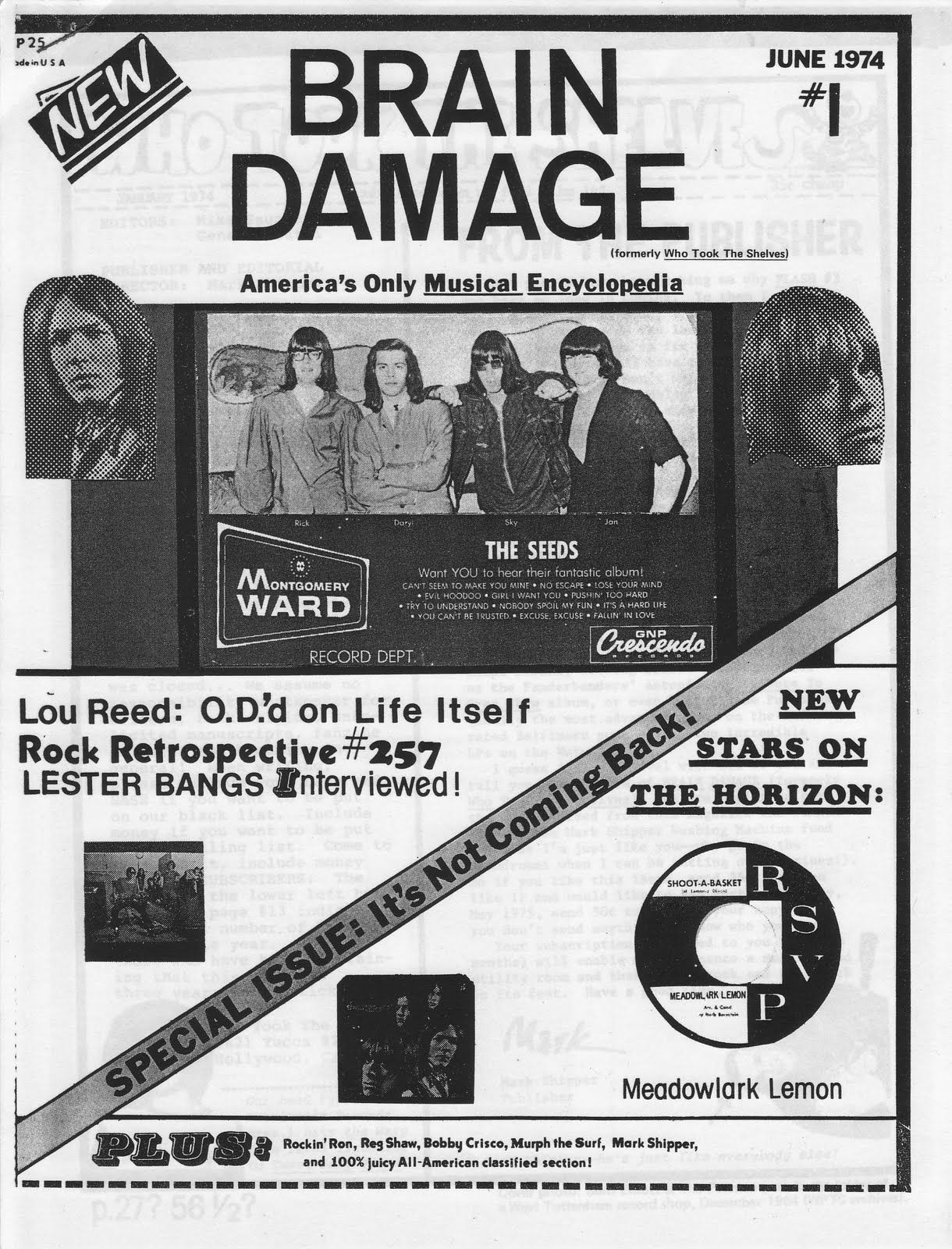 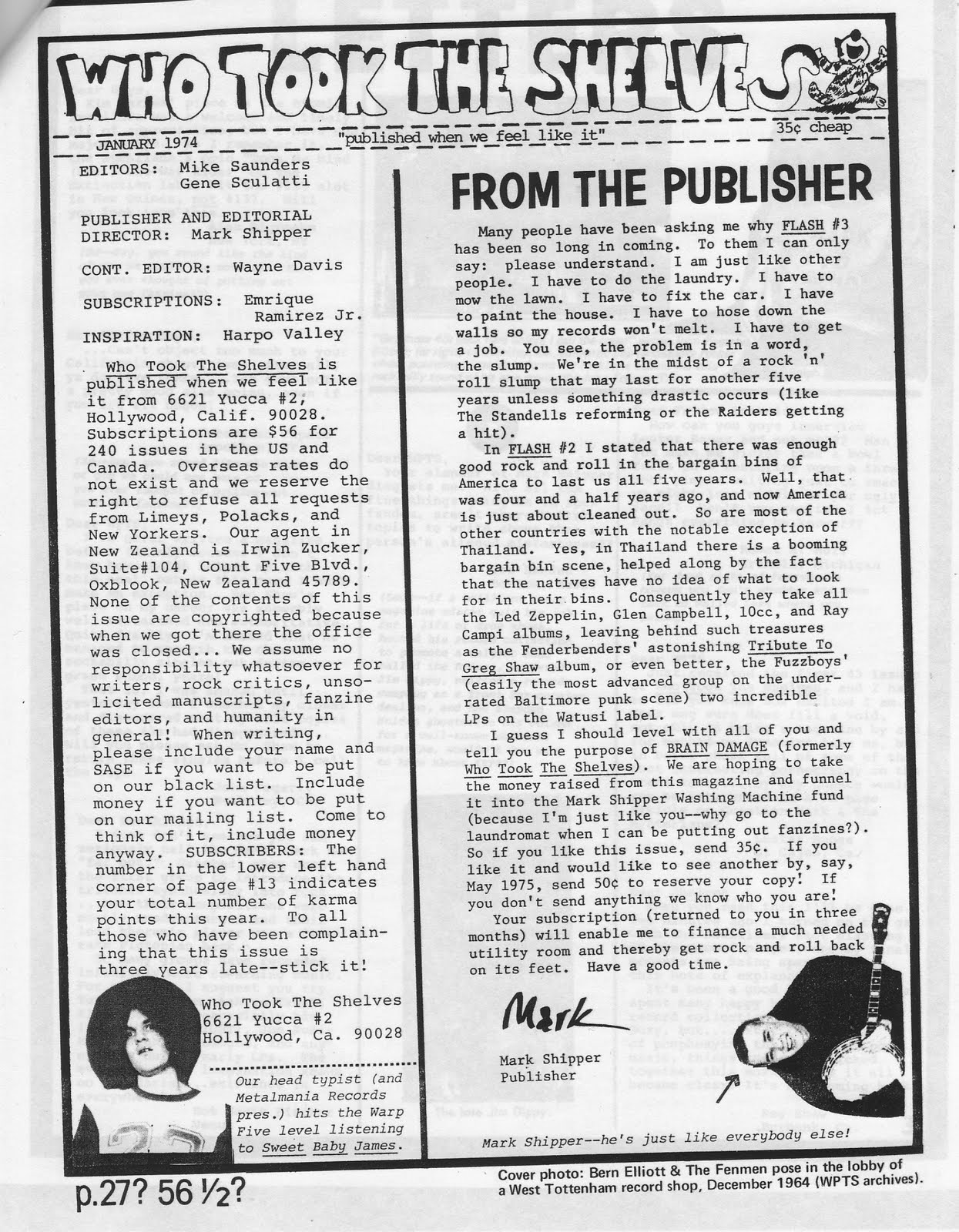 If you blink you may miss the sign, but as Kristofferson (Cisco) and Viva (Merna) drive down Sunset they pick up Merna's friend Lynn played by Joy Bang at the corner of Sunset and Sweetzer, i.e., Father Yod’s vegetarian restaurant, The Source. 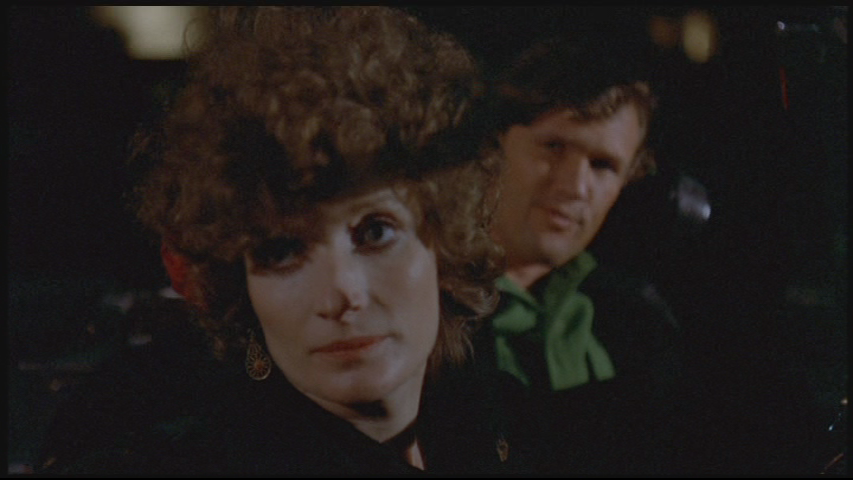 Here is Kris performing one of his many standards written at the time of Cisco Pike and included in the film - this over the opening credits and here on the Johnny Cash Show:

Another detail from Cisco Pike that needed a still was Waylon's 1971 engagement at the Troubadour. 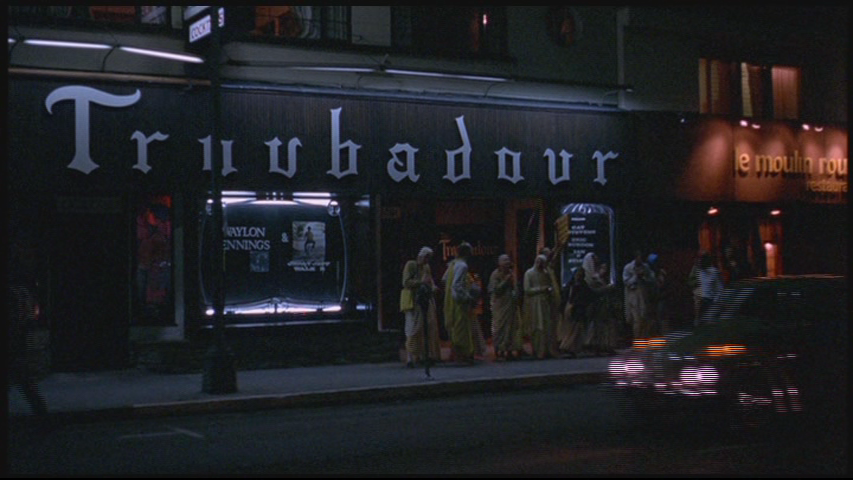 After seeing Kris' Cash show clip, I had to see this one. Which of course had me thinking that this era of Waylon may be another influence on King Loser (other than the obvious Lee and Nancy), based on Waylon's Heazlewood to the organist's Celia with O'Reilly on the double-necked 6/12 string guitar in this '70 Johnny Cash show clip. Did Waylon put out a single bad record from this era - I sure as hell haven't heard it.


Some other worthwhile images to share from Cisco Pike including one with foil HDS: 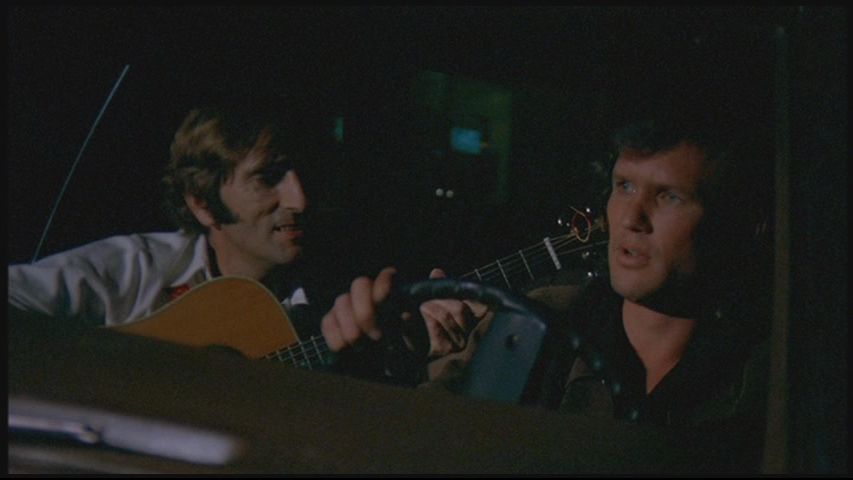 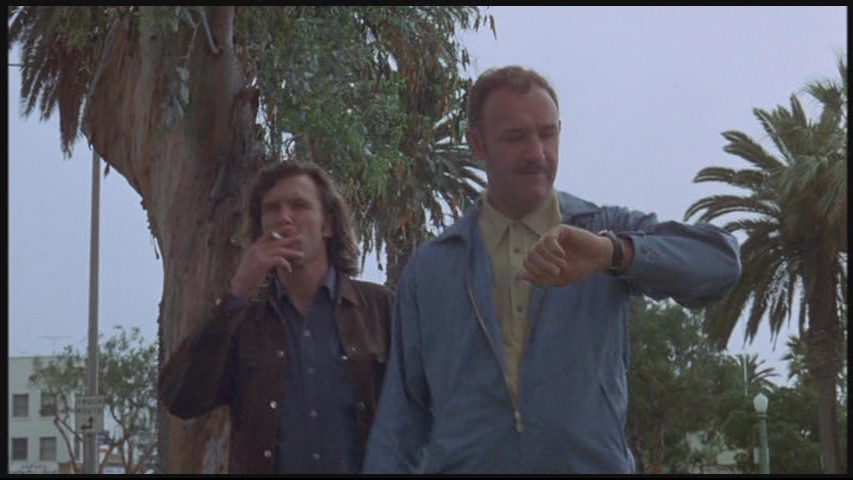 The scene with Doug Sahm in the studio is pretty over the top - that is Doug is over the top in all his "Dougness" - though it did remind me and Damon of certain musician friends years ago. 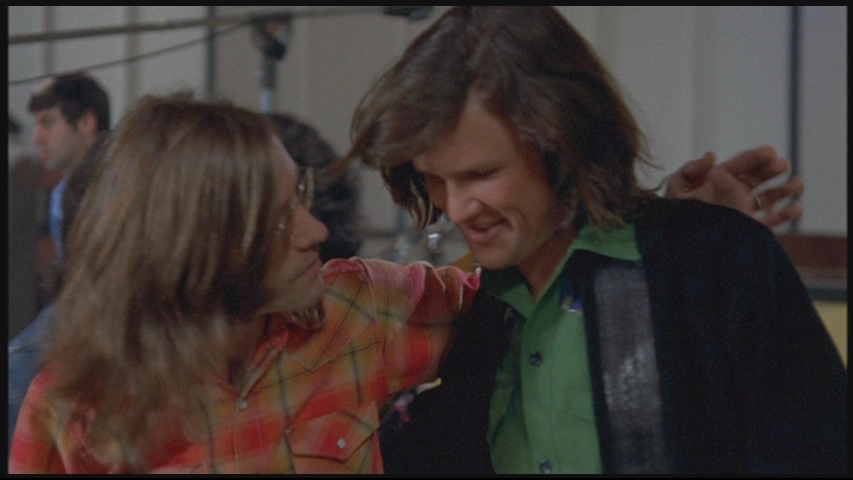 Yes, the business conducted in automats and Alan Arbus' office! 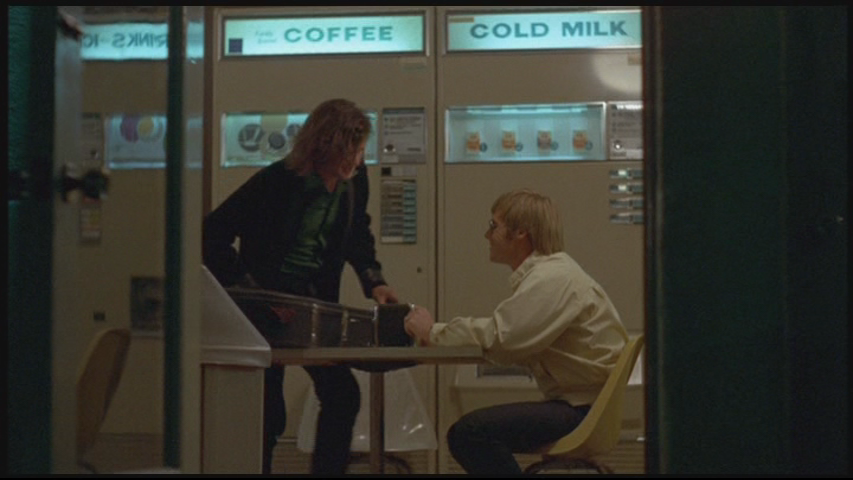 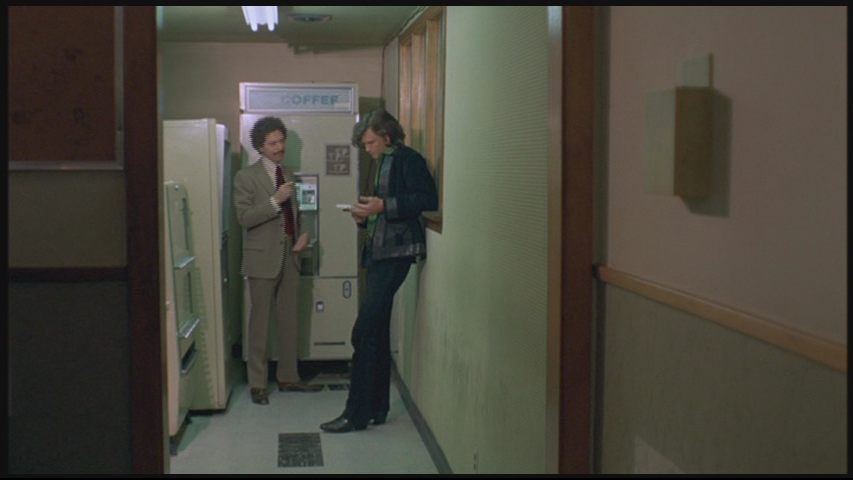