Inspired by all the buzz of the new box set of live two-guitar era Stooges, I have dug high and low through the archives, dusted off a copy of I Wanna Be Your Dog (entirely in French with great write-ups of the cover stars - and possibly one of the first features outside the US of Crime), and fired up the scanner. 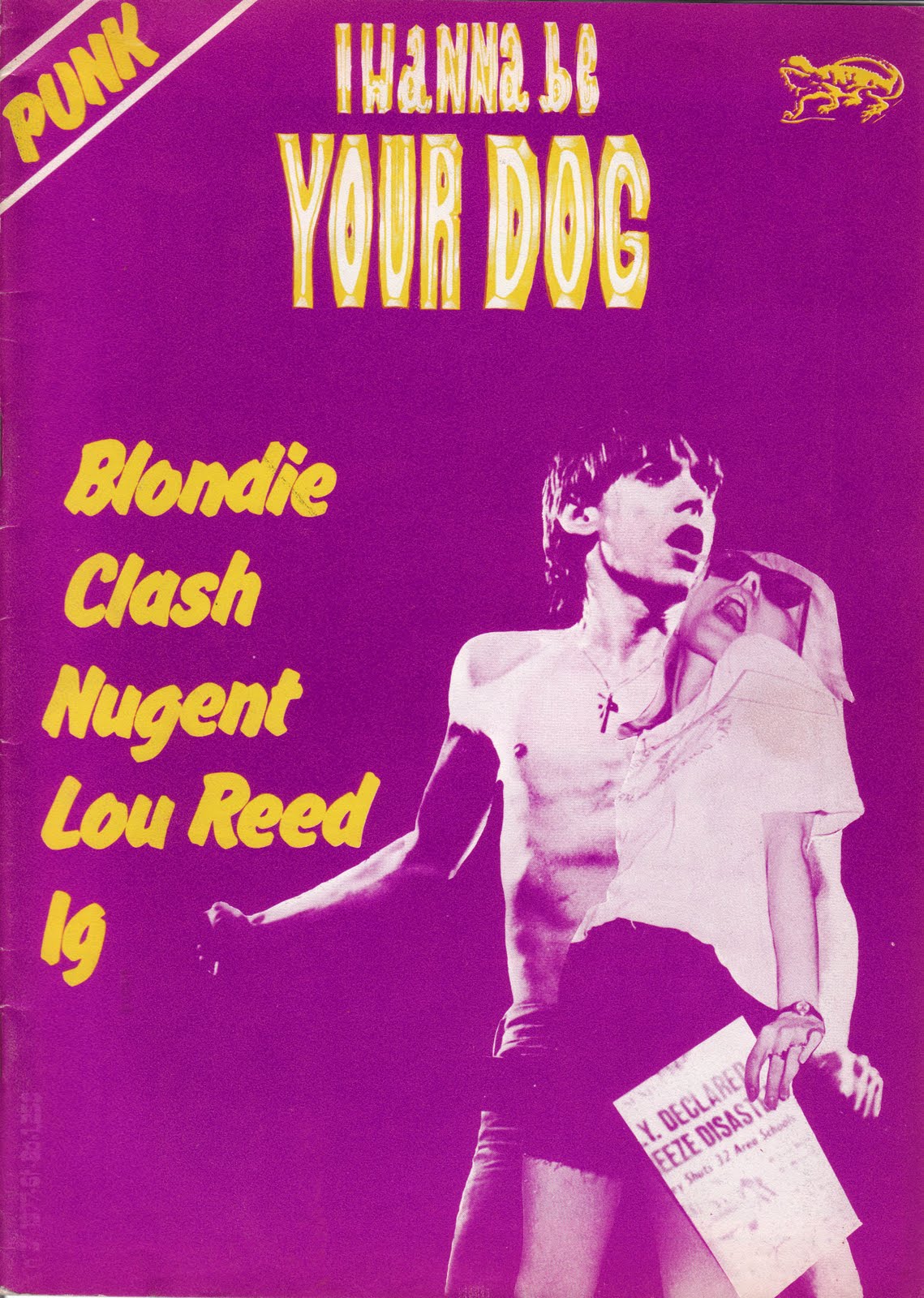 It appears to have been part of the French Iggy Pop fan club. The back cover of the mag implores that you too can live on Iggy time. We could make a mint if we dusted off that exact plastic watch design! Cover, content and design are all ace. The photo to the right is of Ron, Jimi and Jim from the Iggy feature article. 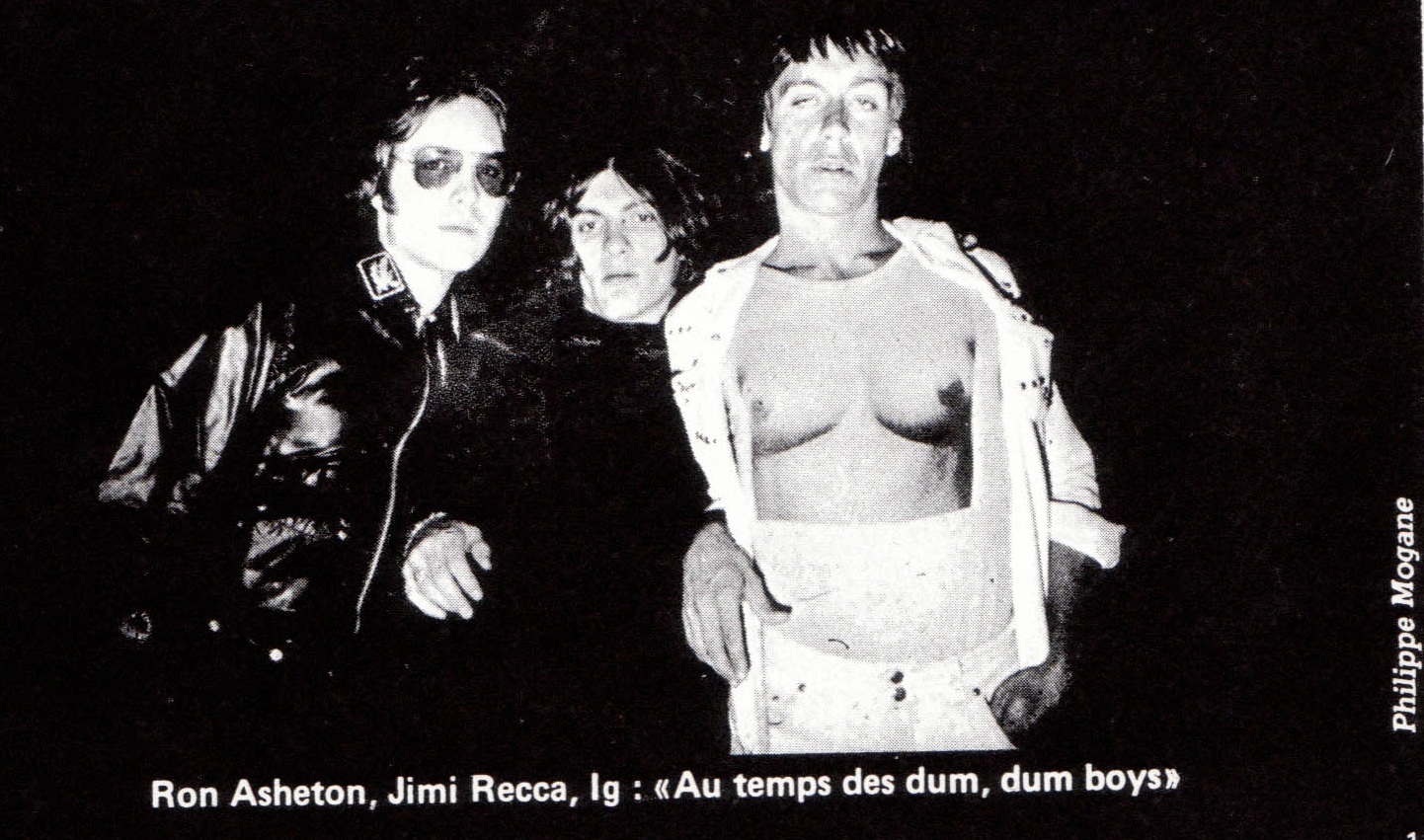 Not sure if I had seen it before. I swear I have seen Alice Cooper is the same t-shirt as Iggy. The photo is credited to Philippe Mogane (co-founder of Siamese Records along with James Williamson). Philippe, if you are out there, can you tell us the year and locale of the photo and where the rest of the film roll is.
Posted by Papa Jon at 9:18 PM No comments: