So looking through my October 1968 copy of Flip Teen Magazine (Monkees, Raiders, Sajid, Star Trek, Bee Gees cover), I came across this new to me amatuer photo of the Byrds with Gram at the front of the muy serio McGuinn, Hillman and Kelley. Roger (Jim) thinking about how to wipe Gram's vocals off more of the nascent "Sweetheart" tracks before they get back to LA? 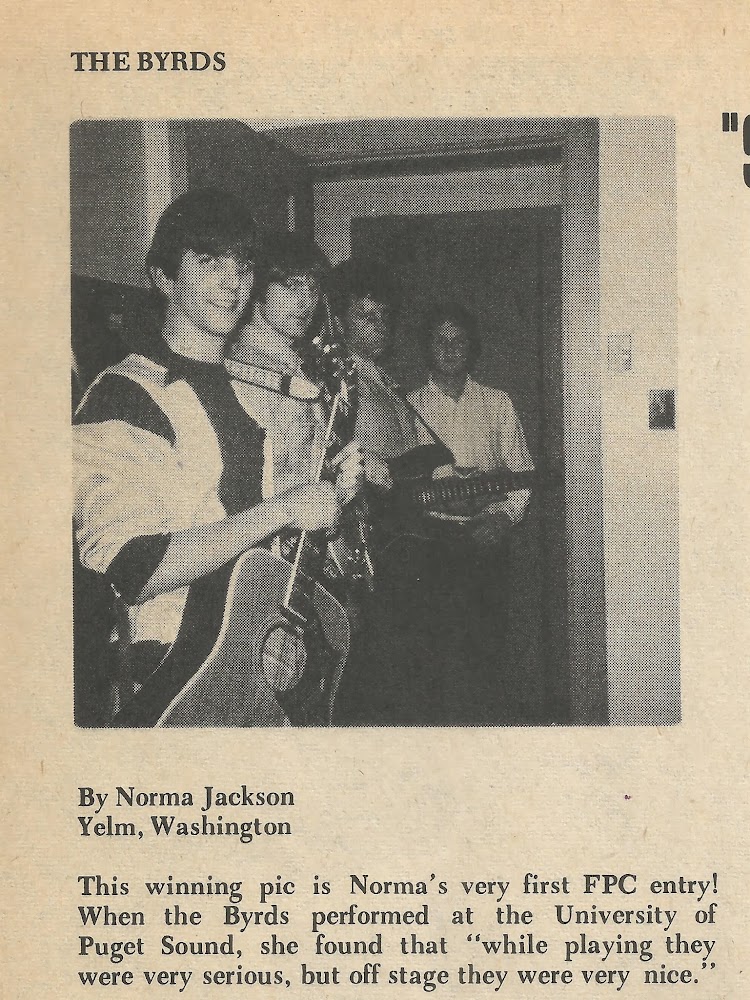 I can't seem to find any actual tour date in any of my Byrdmaniax sources though this guy was there (and he seems to think it was after the lp release of SOTR though there was a lot of touring outside the US after the release so who knows):


I saw [Gram] with the Byrds sometime in '68 at the University Of Puget Sound fieldhouse (gym) in Tacoma. Don't remember the exact date, but I believe Sweetheart had been released. They did several songs off that album plus some Byrds hits. I remember them doing You Ain't Goin' Nowhere twice - once in the first set and then again in the set after the break. Opening act was local band Merilee Rush and the Turnabouts fresh off their hit Angel Of The Morning. Went with a few guys from high school (I graduated in '68) that had an band (The Obsolete Lampshade) and we all stood right in front of the stage for the whole show. Good times! This is probably the show I wish I could go back in time and see again the most.