One from the barn. From December 1973 and Alan Betrock’s The Rock Marketplace, Joesph Fluery as Sparks’ propaganda minister/shadow manager/#1 Fan in Heaven, sponsors a full page ad saluting Sparks for signing to Island. Was Joseph managing Milk & Cookies at this point in Brooklyn? Soon after, Joseph heads over to London to work with John Hewlett as Kimono My House is about to be unleashed onto the world (only a few months later than Joseph states - June instead of March 1974). Joseph is also given the unenviable job of terminating the great Martin Gordon right after the lp takes off, whose Rickenbacker sound on that lp should have been a mainstay on Sparks’ 70’s output. Joseph goes on to manage the Mumps, the Dickies (who play NZ for the first time Sunday night!) and of course Sparks. I have written about Joseph previously, but another secret tastemaker of the 70's who had the vision to see the music of the 1980's in 1973. 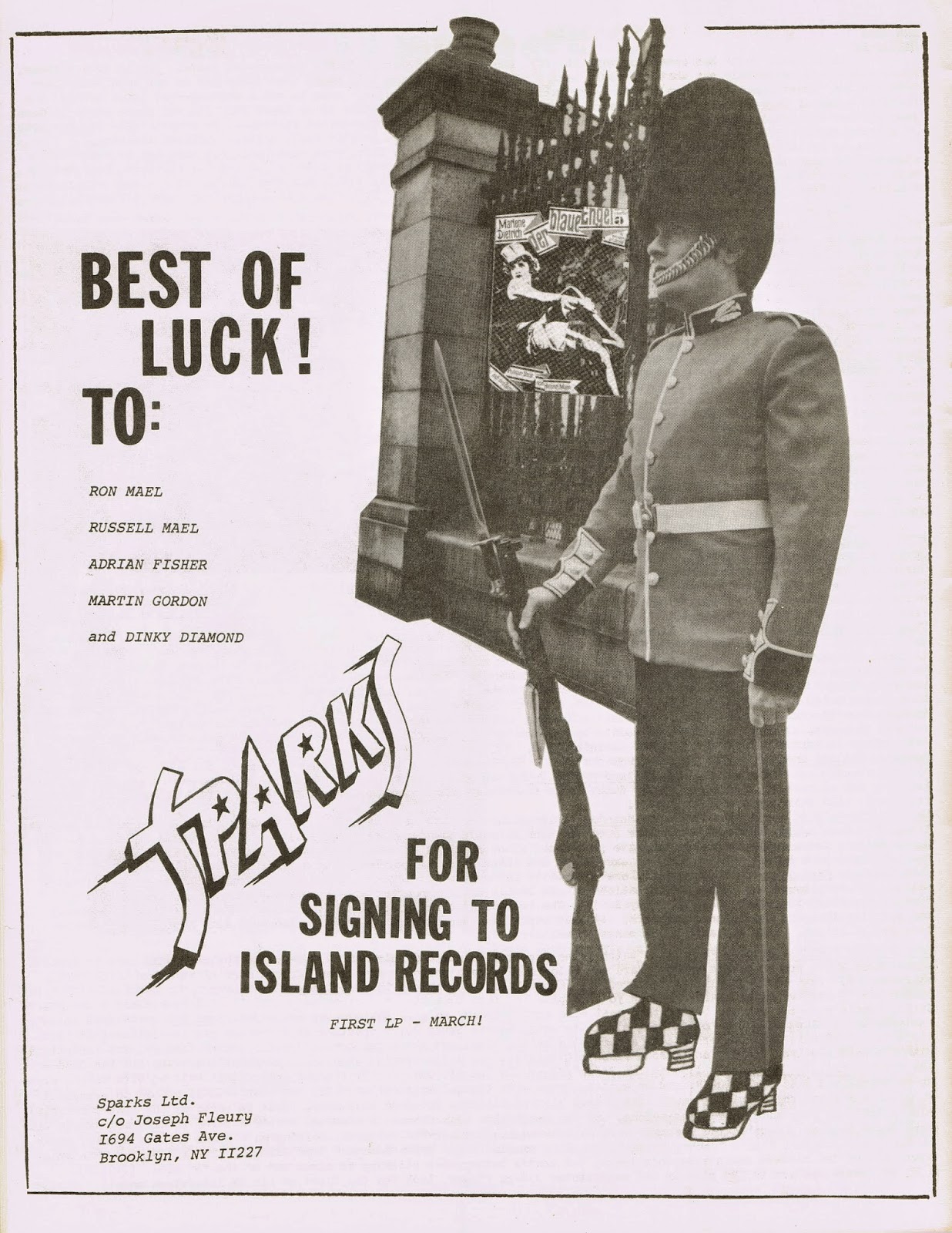