I have to admit that the whole Brendan Mullen/Marc Spitz/Metal Mike spat over "We Got the Neutron Bomb: The Untold Story of L.A. Punk" made me so exasperated that I felt like I was watching the great Abbott and Costello's "Who's On First" routine. Our friends over at Terminal Boredom give you the Cliff Notes version for everyone who missed it here. Thanks guys. Let's just say that Metal Mike's bona fides are unassailable. I am guessing that a lot of folks made the mistake of passing up on Metal Mike's 1999 cd called "Surf City or Bust." What they missed was the most excellent FOURTEEN bonus tracks comprising his and his brother Kevin's previously unreleased 1969 lp as The Rockin' Blewz entitled "I'm a Roadrunner Motherfucka." I first heard one track some time last century on a cd comp Chris put out. Raw and as hi-energy as you would expect from two high school brothers recording in the bedroom or family lounge. It is in Metal Mike's s own words "a pre-Beatles garage band style (2/3rds covers)... Bo Diddley, Buddy Holly, Ronnie Self, Ernie K-Doe, Shirelles--that kind of material, played with your vintage 60's Fender and Gibson equipment of the time, some pretty crude cool sounds. Wacked out 'originals' that could have been on a Bonzo Dog Band or Mothers of Invention album." Came across this great letter again recently from when Metal Mike was in the midst of his statistics degree in Austin (written from the UT library?) which had me thinking of Metal Mike. I do think Future does not get its due and "Out of the Question" is just as good as anything on the first two lps. 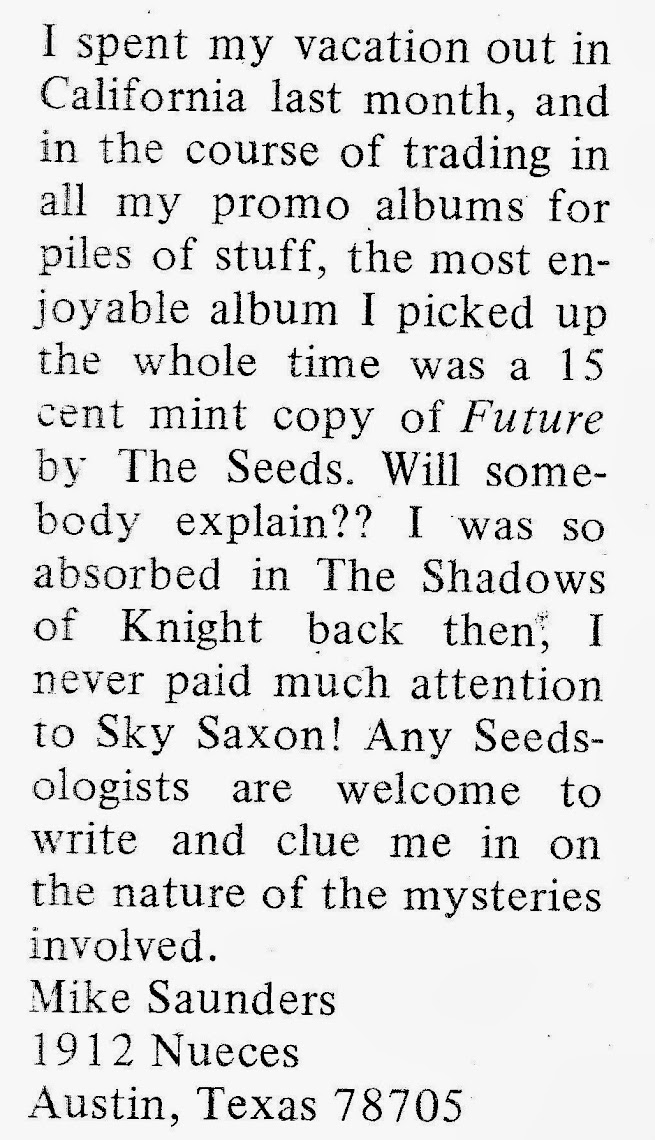