Zuma and Topanga/Alan Wilson, the Magic Band and the Screamers/"Tomorrow's Leaders" and "Future Blues"

Anyone who has read Rebecca Davis Winter's excellent Alan Wilson bio will know of the pivotal role that Bob "the Bear" Hite's house played in his life as a sanctuary to throw his sleeping bag down. You can now add that house to the West Valley trip to the Magic Band house in Woodland Hills. Just continue on the 101 to Topanga. 701 Topanga Canyon Boulevard to be exact. Right after hitting the sacred ground of the Trout Mask ground zero at 4295 Ensenada Drive in Woodland Hills. John French's huge, crazy book only makes it more than necessary to add to the itinerary. Take a good look at the photos of Hite's house here and the Trout Mask house on the links. 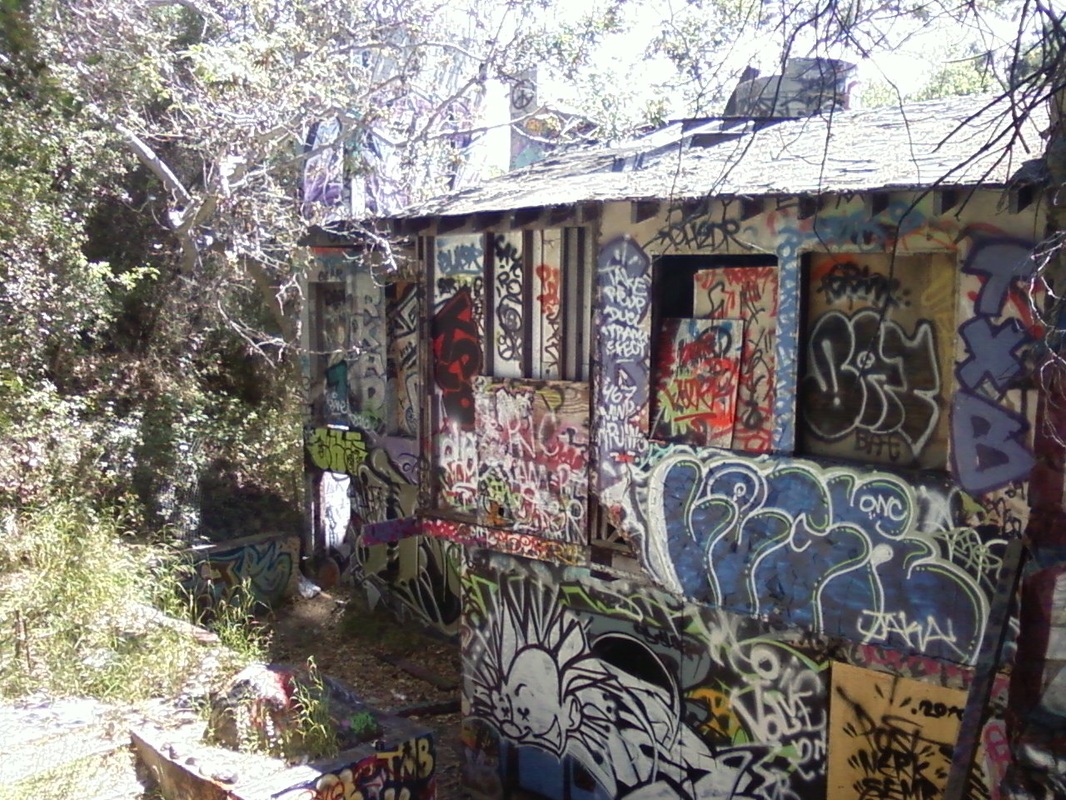 Looking at the remnants of Hite's house reminded me of John Divola's excellent 1977 "Zuma" series but updated in a post-2008 financial crisis way; empty homes and swimming pools and all that connotes. During the same year that Divola's work was shot, down the Pacific Coast Highway, on August 7, 1977, the Screamers gave a command performance for Iggy Pop at a private party at his home in Malibu. Iggy called them "Tomorrow's Leaders." For some reason, I always pictured them playing in one of Divola's "Zuma" rooms. Thanks to Ricky via Tim and Jed for the initial Zuma tip. 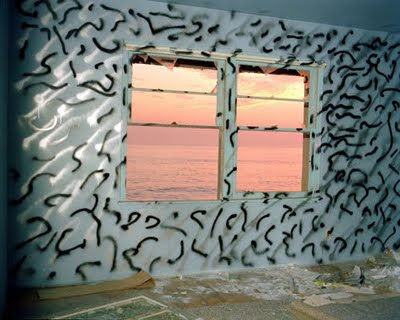 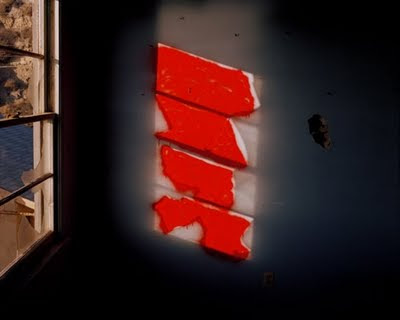 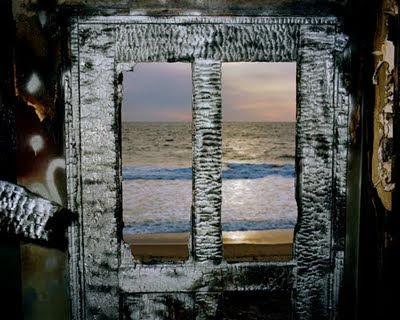 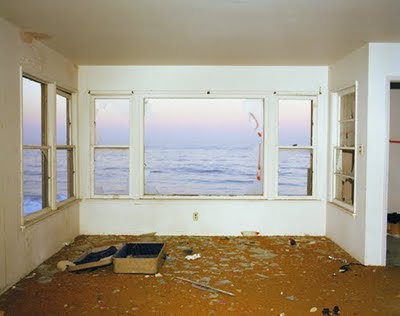 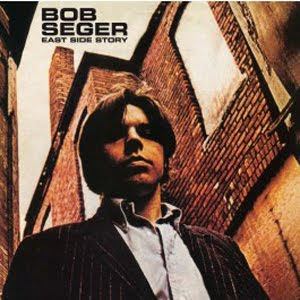 All of the early Seger tracks were booted and comped in the 80's on the excellent "East Side Story" and these tracks were front and center. From a much maligned performer who did cut some GREAT 45s. Hat tip to the Boogaloo Omnibus of Brooklyn aka Phast Phreddie for the original tip at Los Angeles' Rhino Records to my teenage ears some time in the mid-80's. The drumming (coupled with the fuzz) KILLS:
Posted by Papa Jon at 6:53 PM No comments:

Despite the revisionism of the past decade, the UK during the 1970's did not really embrace punk rock from the United States other than from New York (Ramones, Suicide, Television, Blondie, PSG, Richard Hell, Heartbreakers etc). The sole West Coast exception may be the Runaways. Did the Dickies have any impact on record or live? Maybe with the latter day reassessment of the Quick, the UK punkers can finally grok how great and fun the Dickies were at their peak - "Waterslide" anyone - and how quintessentially Los Angeles a band they were just like the Weirdos - representing the San Fernando Valley and (North) Hollywood respectively. For the rest of the states, Pere Ubu were appreciated in real time as well (again revisionism has claimed Devo I think). Sure, in the era LA sent its own independent ambassadors abroad to the UK often though with their own agenda (hiya Darby and Adam Ant). The Go-Go's made it to the UK before the 1980's happened as well. Los Angeles was a great party spot with lots of young people eager to show the finer points of Tinseltown to the UK punk first wavers. Ditto SF. However, the cognescenti in the UK rock press did not take it seriously. Nick Kent hung out with Iggy but that was for the end of the glitter party. The Damned came first to LA, stayed with the Screamers, saw the Weirdos (and the Germs?), were dropped from the show with Television and hung out with a young Paula Pierce among others. But back in the UK, not so much press coverage even though the first wave of Masque-era bands and SF bands were folks who were checking out the Dolls and Stooges in the days before "punk" (and in the case of Alejandro Escovedo of the Nuns, the Velvet Underground as well at the Shrine Auditorium in LA). Credentials don't come any more solid, no? Does it even matter if Slash Magazine existed to give these bands their due. It does because until the last 15-20 years, the UK published the books that wrote the history. Even the Dylanophile that wrote "From the Velvets to the Voidoids" neglected the West Coast. Time has finally fleshed out the bookshelf (get a load of Carducci's tracking of 30 odd SST-related books now on the shelf - my work in progress will make it 31). The Screamers should have garnered tons of press even without a record, as their sound was so far ahead of its time that it took another generation of young people to truly lionize them and seal their entry into the rock canon. Their take on the Sonny & Cher classic "The Beat Goes On" from 1977 is no worse for wear than "New Rose." Ditto "Destroy All Music." Yet, any unsigned and unrecorded band who played a gig in the greater London area got a write up in the surfeit of UK weekly music rags. And we got Hilburn. Well, wait a minute. Maybe that is NOT the whole picture. Case in point is the April/May 1978 issue of ZigZag featuring PS on the cover and an article on one of SF's finest, the Avengers, hot on the heels of opening for the Sex Pistols at Winterland and from around the same time as the Rodney-approved and Steve Jones produced ep (where I first heard and taped 'em). Oddly enough, instead of us the sending the best of the West Coast to the UK, what the future had in store for us was a reverse migration and endless parade of what Boucher rightly termed "Las Vegas Punks," who came to play and headline the once great wrestling palace, the Olympic Auditorium ad naseum. Ugghhh. How much time was wasted with these leather besotted folks when the real deal was slogging around the US touring in a van. 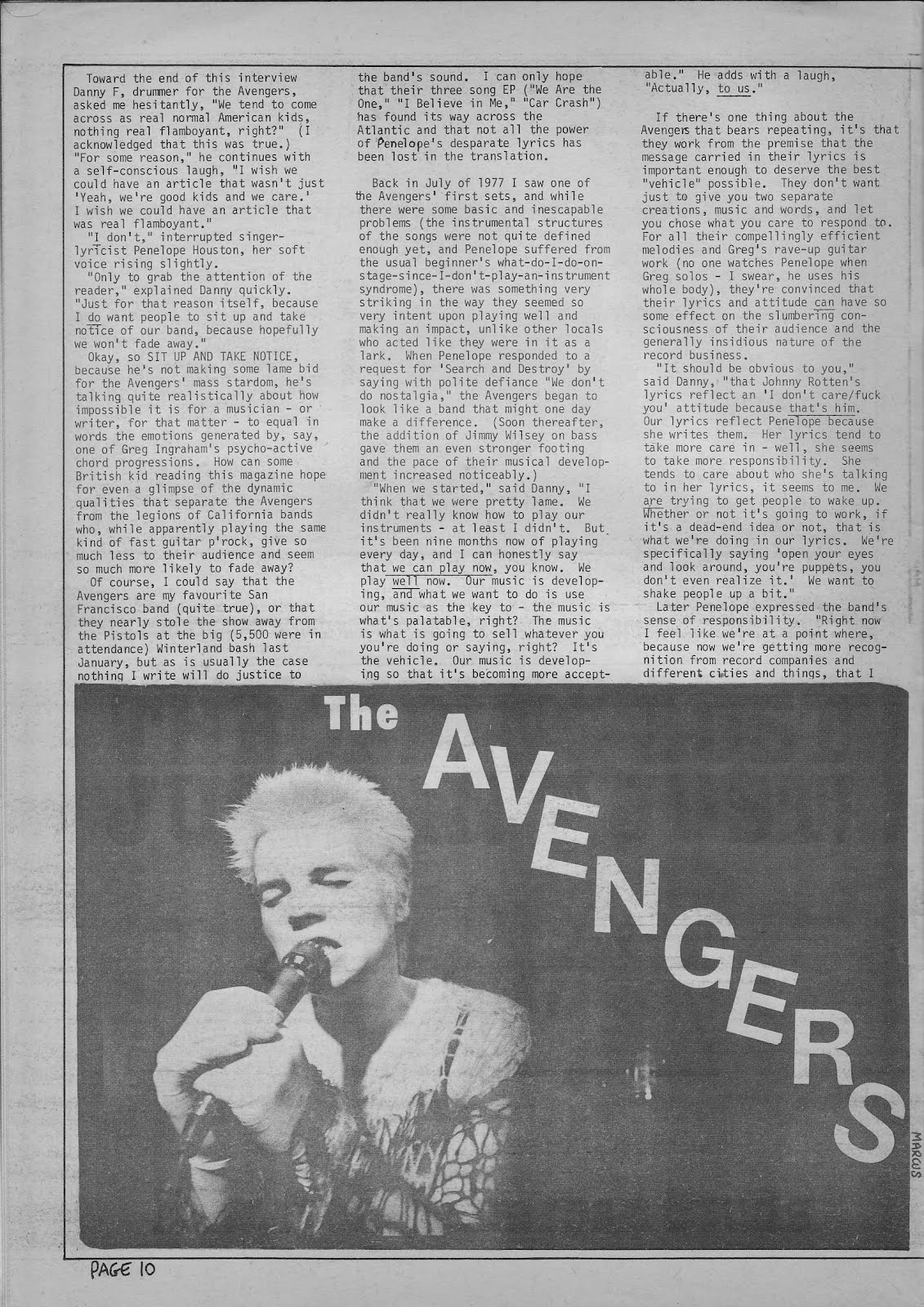 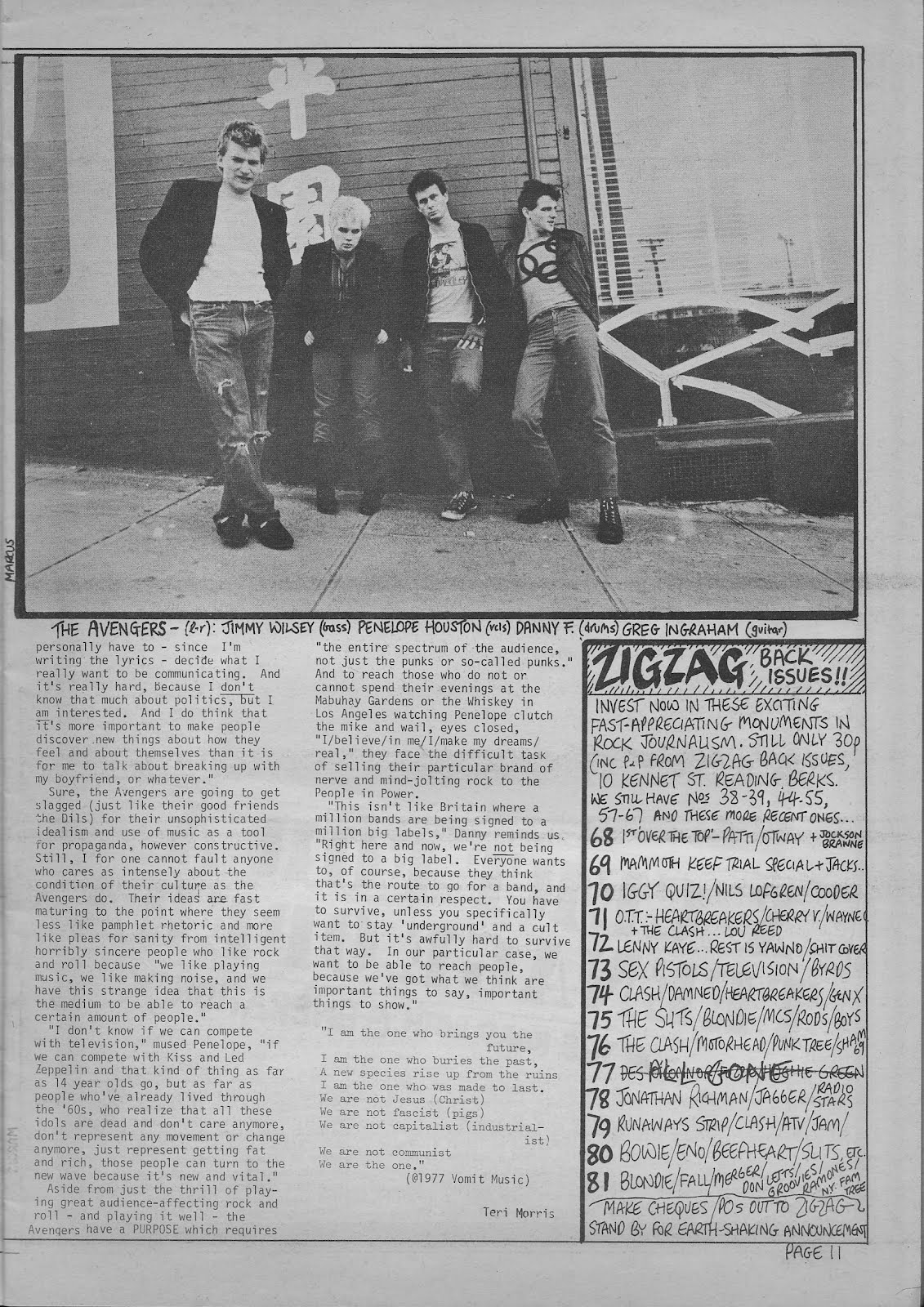 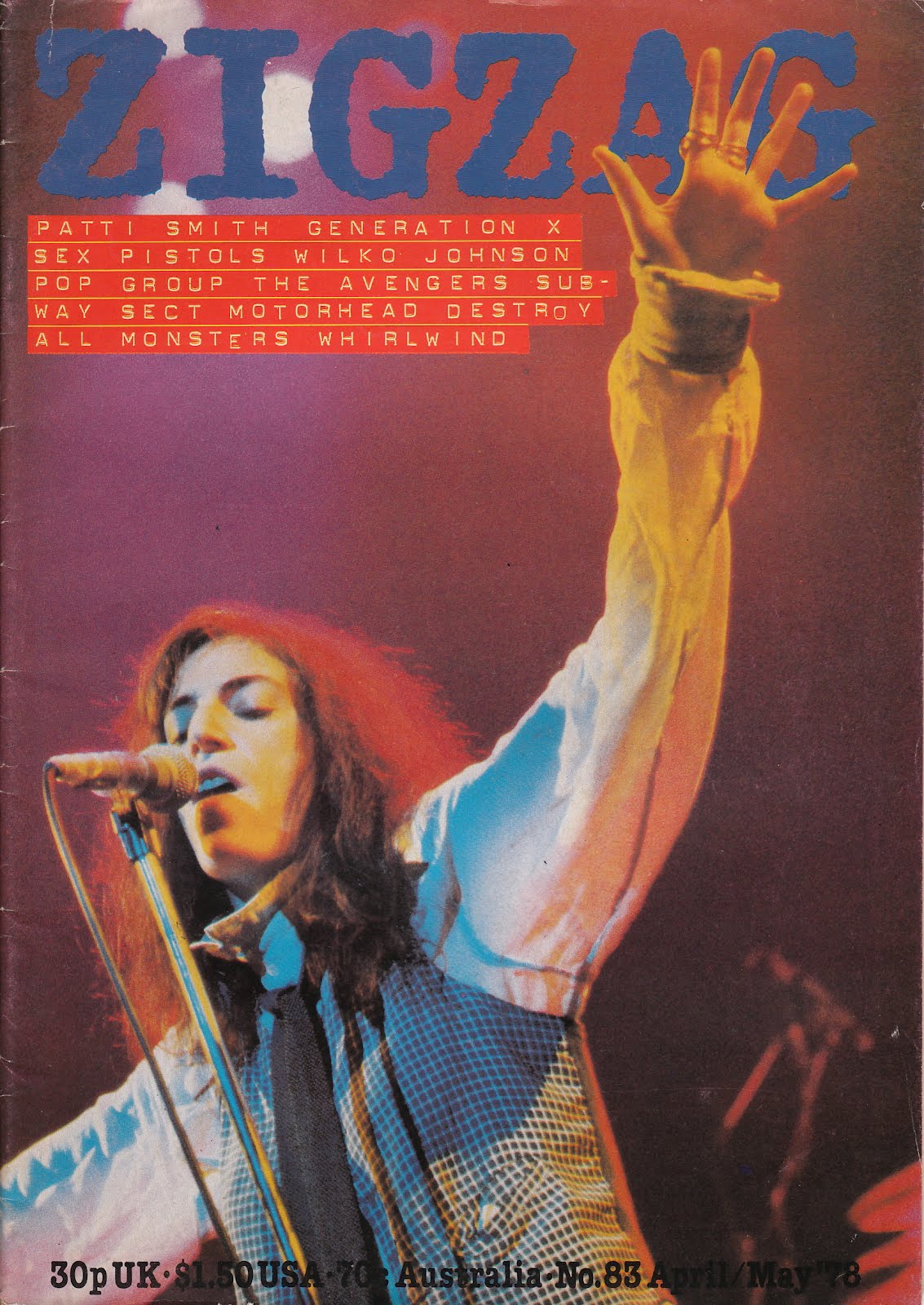