Lenny Kaye on reviewing the Dead's "Live/Dead" in the February 7, 1970 issue of Rolling Stone: "if you'd like to visit a place where rock is likely to be in about five years, you might think of giving Live Dead a listen or two." He also stated that "[the Grateful Dead's] music touches on ground that most other groups don't even know exists."

Skeptical? PSG opened some shows for the Dead in 1979. And I can tell you, anytime I have have seen Patti in the past 15 years, she has included her and Lenny dishing up a reet Garcia cover or two (much to the howling derision on some folks in the audience). Lenny worked on the great autobiography of Waylon Jennings with Waylon. The guy knows a thing or two about American music. No doubt Link Wray rates pretty highly in his book. Now, I understand that Miriam and Billy may not be great fans of this era of Link's music, i.e., 1970-1973, but to those of us - such as Henry Kaiser - who like the Dead as much as Les Railles Denudes, this photo is a keeper. From the sessions for 1973's "Be What You Want To." The Dead subject matter inspired in part by Kaiser's SST years including "Those Who Know History Are Doomed to Repeat It," both the lp and tour we saw supporting the lp at McCabes.
Posted by Papa Jon at 8:37 PM No comments:

Waitakere Walks is currently back in the City of the Angels near the mothership soaking up the ambiance. A heavy read from 2009 which may or may not have registered in the Northern Hemisphere. I read it around the same time as the Source Family book. Two totally different trips mind you. As for the Source Family, I guess I will stick to the grooming styles and music for now. As David K. would say: highest possible recommendation. Has Bill Maher read the Father Yod book? Possibly. The James K. book, not a snowball's chance. 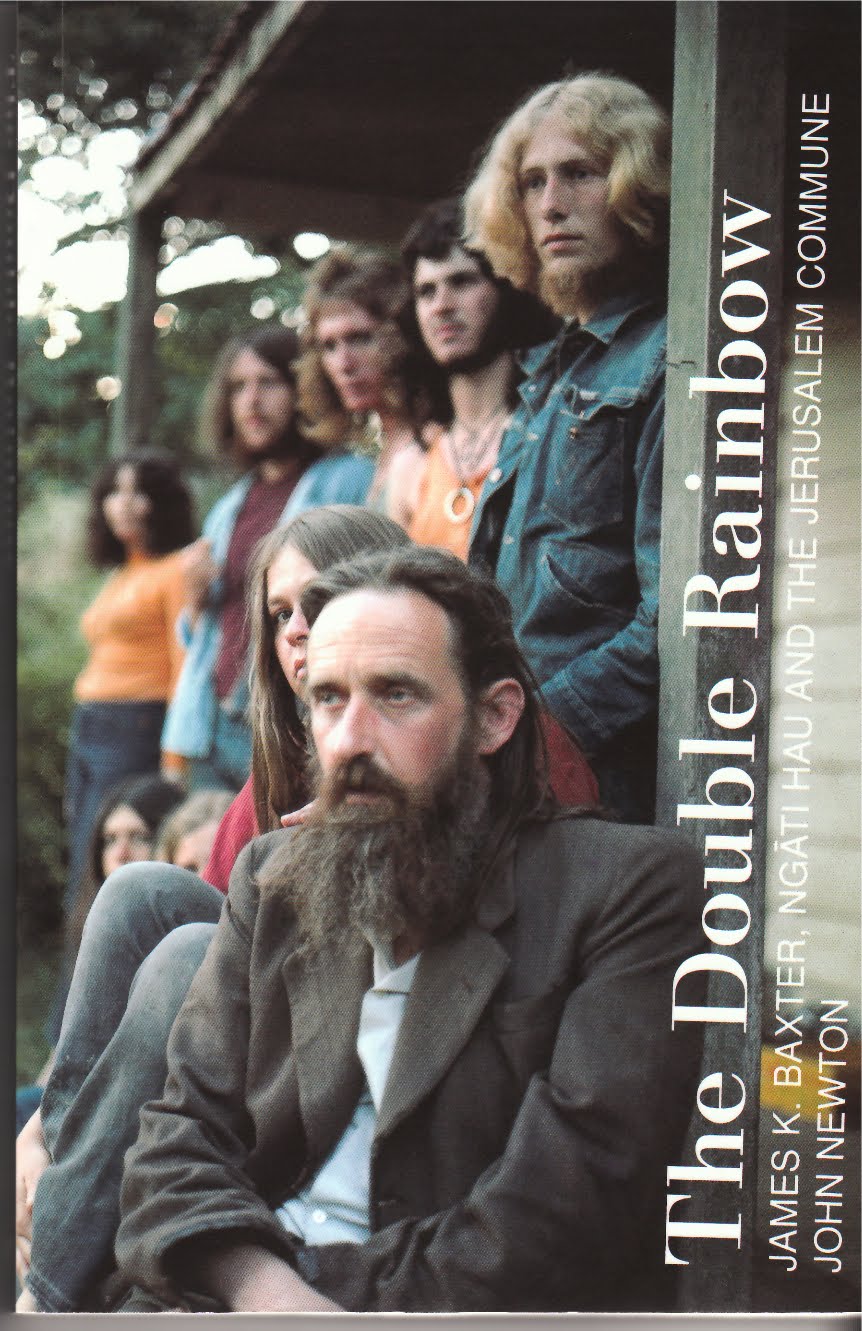 I must have tracked this one down in the late 1980’s based on the $2.99 price. From Wilmette and Chicago/DeKalb Illinois comes Interphase 1, edited by Cary S. Baker, Jeff Silberman and Harlan Hollander. What interests us most about this 'zine is the unbelievable who’s who slice of pre-punk Americana straight out of 1975. This includes the writing crew that would coalesce into Gulcher the magazine, and the brilliant uber-teenage Gizmos, prior to their March 1976 recording debut. During the 1990’s, when there were a slew of must read magazines and zines, including Forced Exposure, Jewish Beatle, Black to Comm, Modern Rock Mag (later Rock Mag), Superdope, 200lb Underground, Wipeout, Feminist Baseball, Popwatch, Bob Bert’s BB Gun, Opprobrium and others, one of the best and hardest to obtain, i.e., least distributed, was Eddie Flowers’ digest size Slippy Town Times. Slippy Town Times was really the only one that could link you directly to the primordial days of original, early 70's high energy rock criticism which still included righteous coverage of current stuff such as the latest avalanche of Sun City Girls releases. You may know Eddie from his time fronting one of the best and unheralded free form rock bands of the past (what is it 25 years now and running?), Crawlspace. But Ed had a previous incarnation as one of the more astute music writers among the generation after Bangs, Meltzer and Tosches et al. Slippytown went online with a mailorder side as well sometime in the 2000's I think. 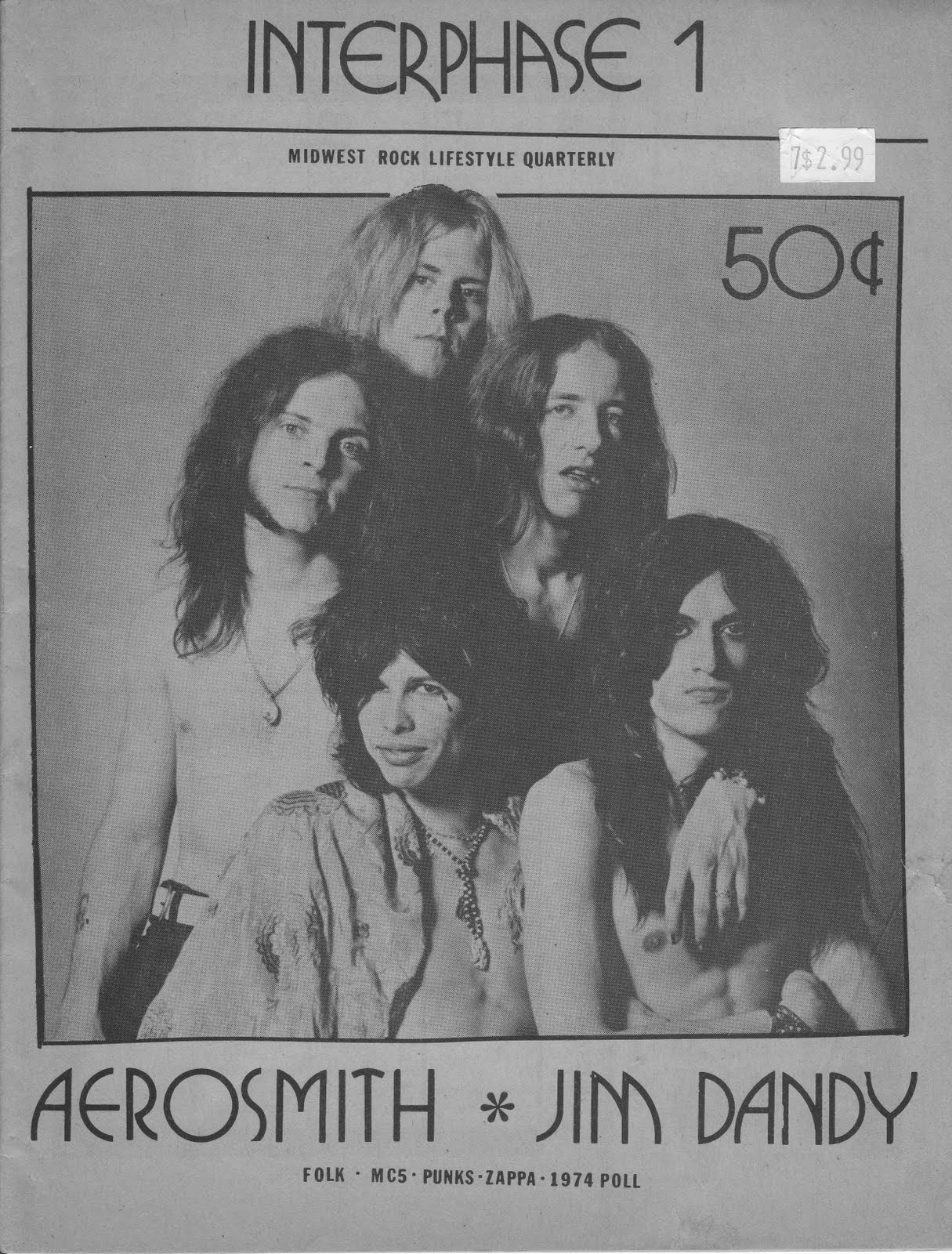 Included in Interphase is a great tag team interview of Black Oak Arkansas’ Jim Dandy by Ken Highland, Bob Richert and Eddie entitled “Jim Dandy to the Recluse” aka “Talking With Jim Dandy: A Mutant’s Eye View of Black Oak Arkansas in Middle America.” Sounds like a title to swipe for my cultural studies dissertation, no? Richert’s “Beyond Our Control” gets some repeated mention so it does pre-date Gulcher. 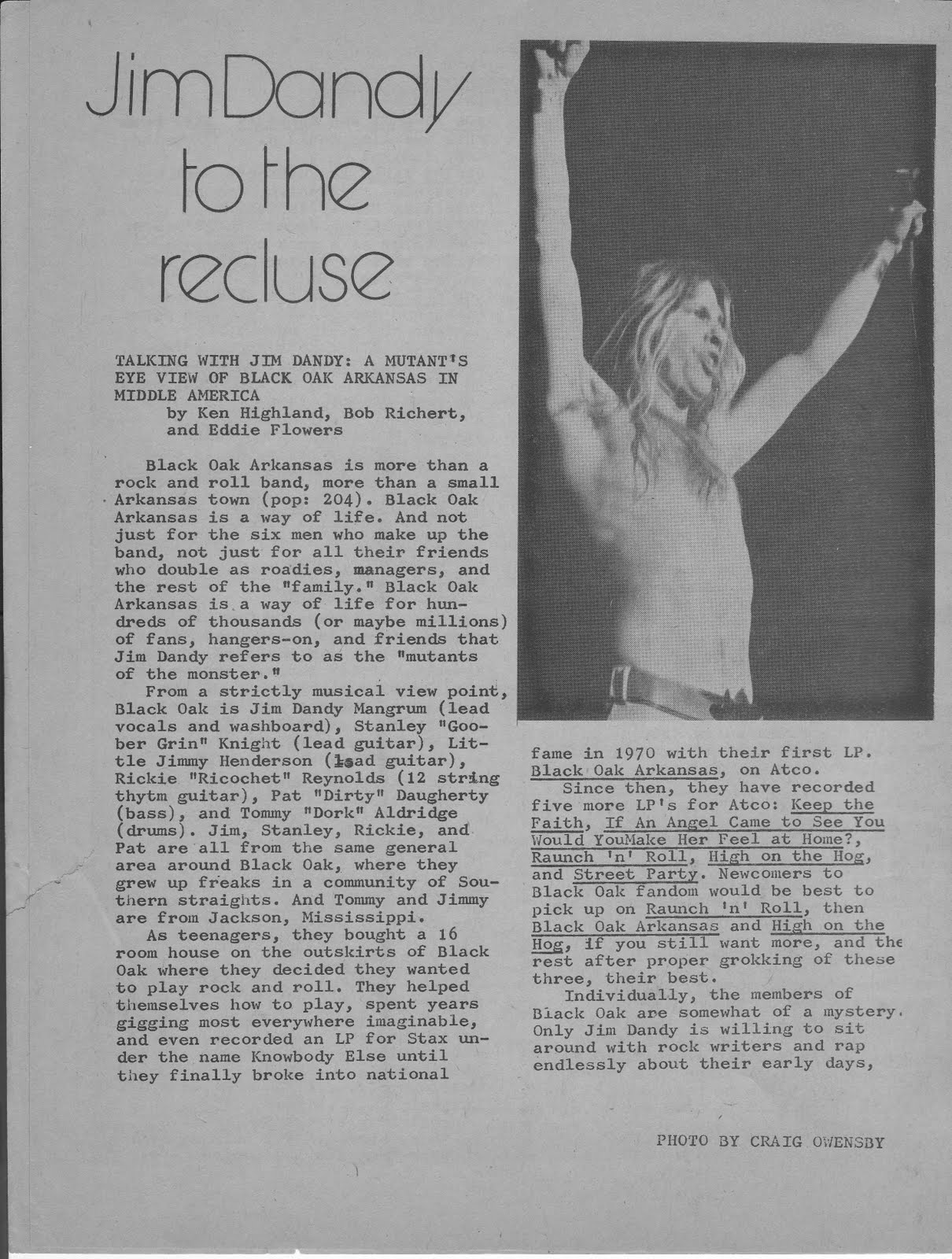 Also of note are write-ups on both the Dictators and Crème Soda PRE “Go Girl Crazy” and “Tricky Zingers.” Eddie wrote the piece reproduced here with the only available release at the time being “I’m Chewin’ Gum.” Eddie has put this on the Slippytown site though not in its original incarnation. 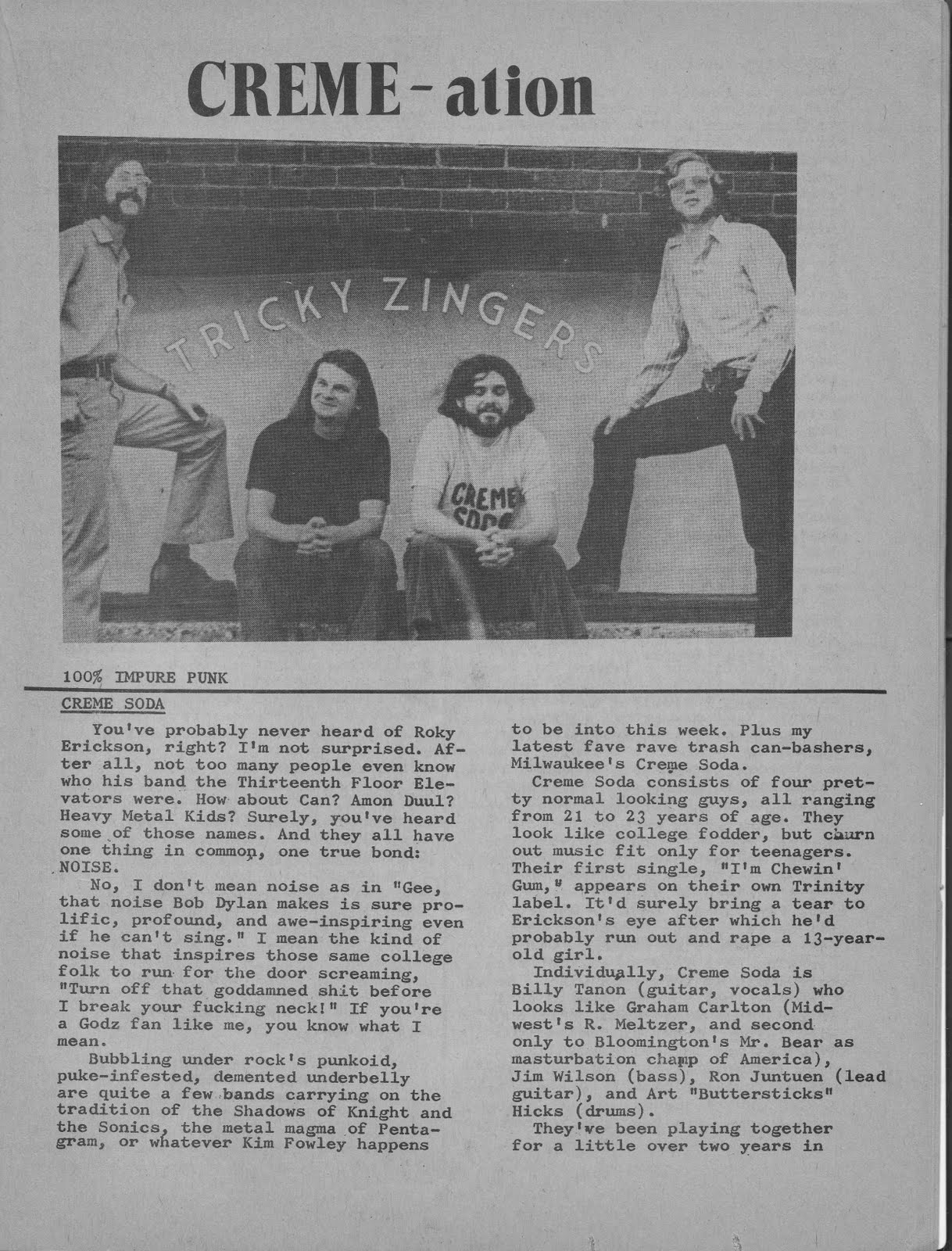 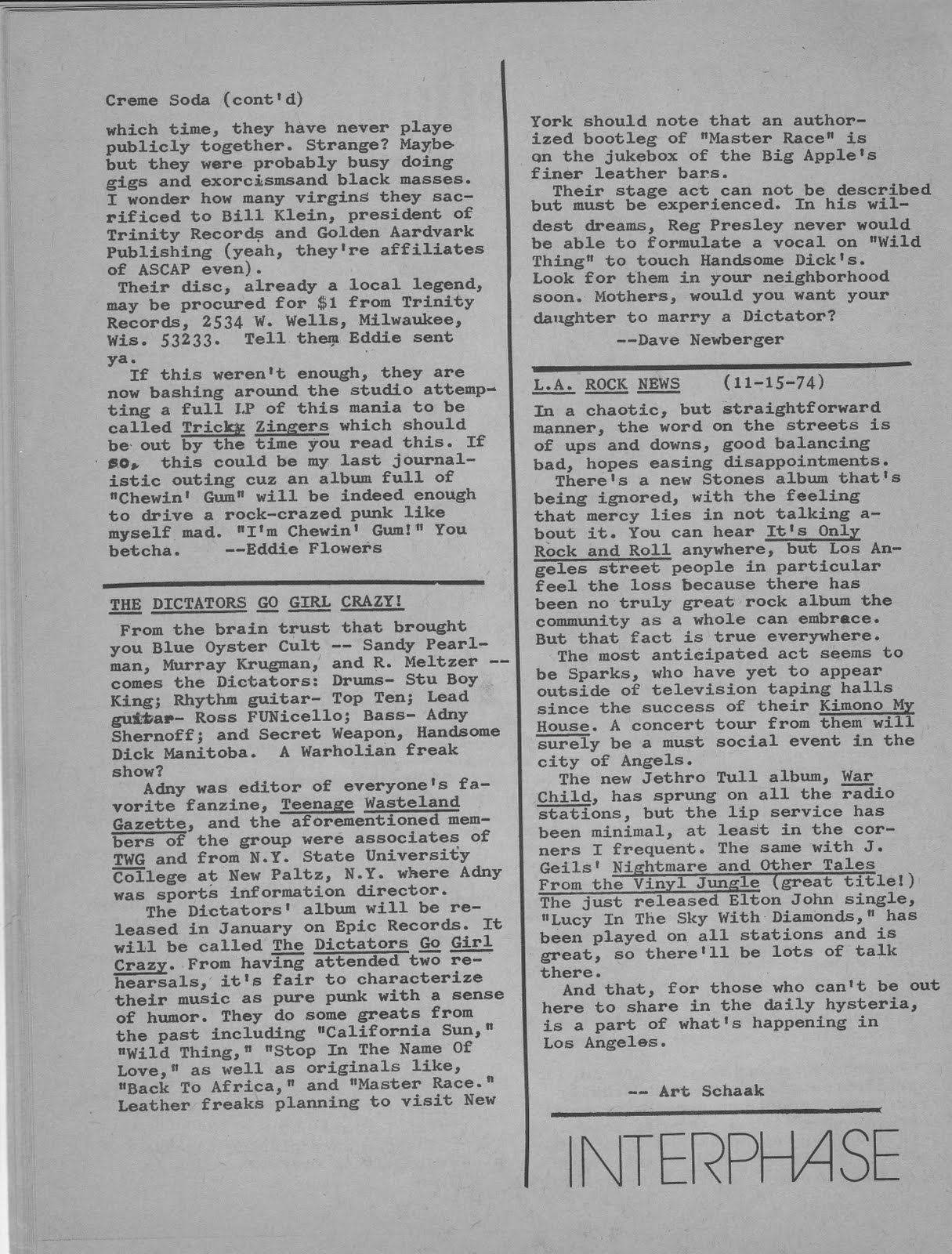 The “Innerfazing” list is a hoot. Claire Panke of “Prehensile Tongue” fame is described as “Chicago’s most curvaceous Anglophile, and believes that Alex Harvey is God,” David Newberger who gives the you are there account of the Dictators is described as “a rock enthusiast, a friend of Blue Oyster Cult’s and quite a nice dude.” Of course, “Eddie Flowers is to Southern rock what Ken Kesey is to acid” and Ken Highland is “a very enterprising rock and roll punk.” Amen. While special thanks go out to Lester Bangs, Adny Shernoff and Murray Krugman, who is Tim Love, described as “DeKalb’s top roadie, a Jim Dandy/Iggy nut and an expert on Mississippi River Rat Rock.”

Art Schaak of “Roller Reader” is the zines LA correspondent, but I have to say provides some very low energy rock and roll wattage given the total lack of Zolar X coverage and inclusion of Tull’s “War Child.” I will give a thumbs-up breakdown on the first JT lp at some point in 2011. Probably more I could scan but this should do. There are some sweet live shots of Steven Tyler by Claire Panke and a short MC5 write-up which I think I will post at some point: “the MC5 are deified Motor City rockers. Their three out-of-print albums go for anywhere from $1.99 in the bargain bins or $10 on the black market.” 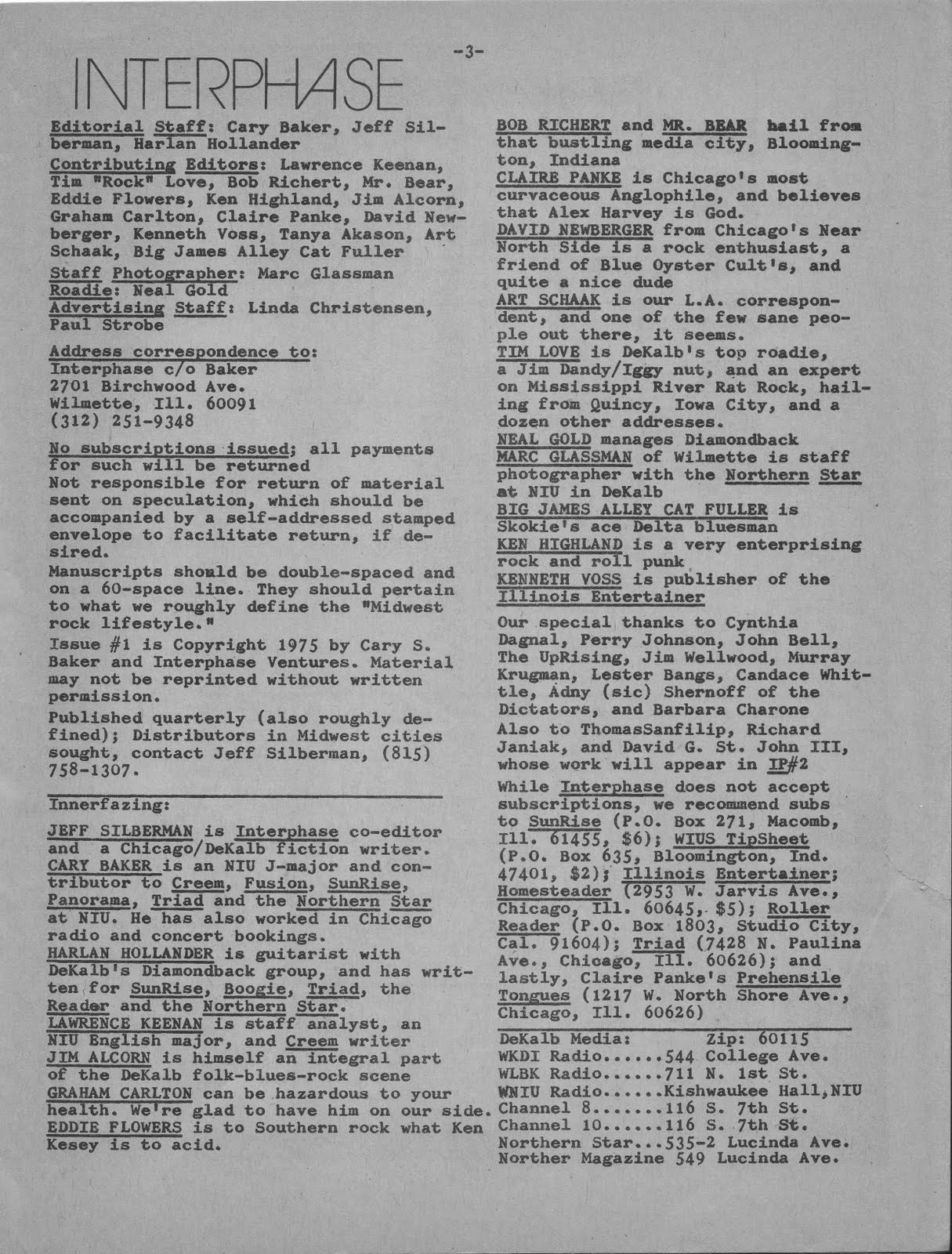 A poster from the barn to air out on a warm summer day and a nice day to think about the Captain - what with all the birds out and about doing their thing (tuis, mynahs, kererus, tomtits etc). Did Peter Max design the poster and if so, why not use Don's own artwork? How did Don feel about it? Any readers know the designer? The "Clear Spot"/"Spotlight Kid" 3 cd outtake set is the holy grail up there with the "Funhouse" boxset. I first heard them on the great "Another Chapter From the Lives and Times of Captain Beefheart" 2 lp set (the first lp BBC sessions, the second outtakes). A whole book could be written on those sessions and if you search the web, it kinda has. 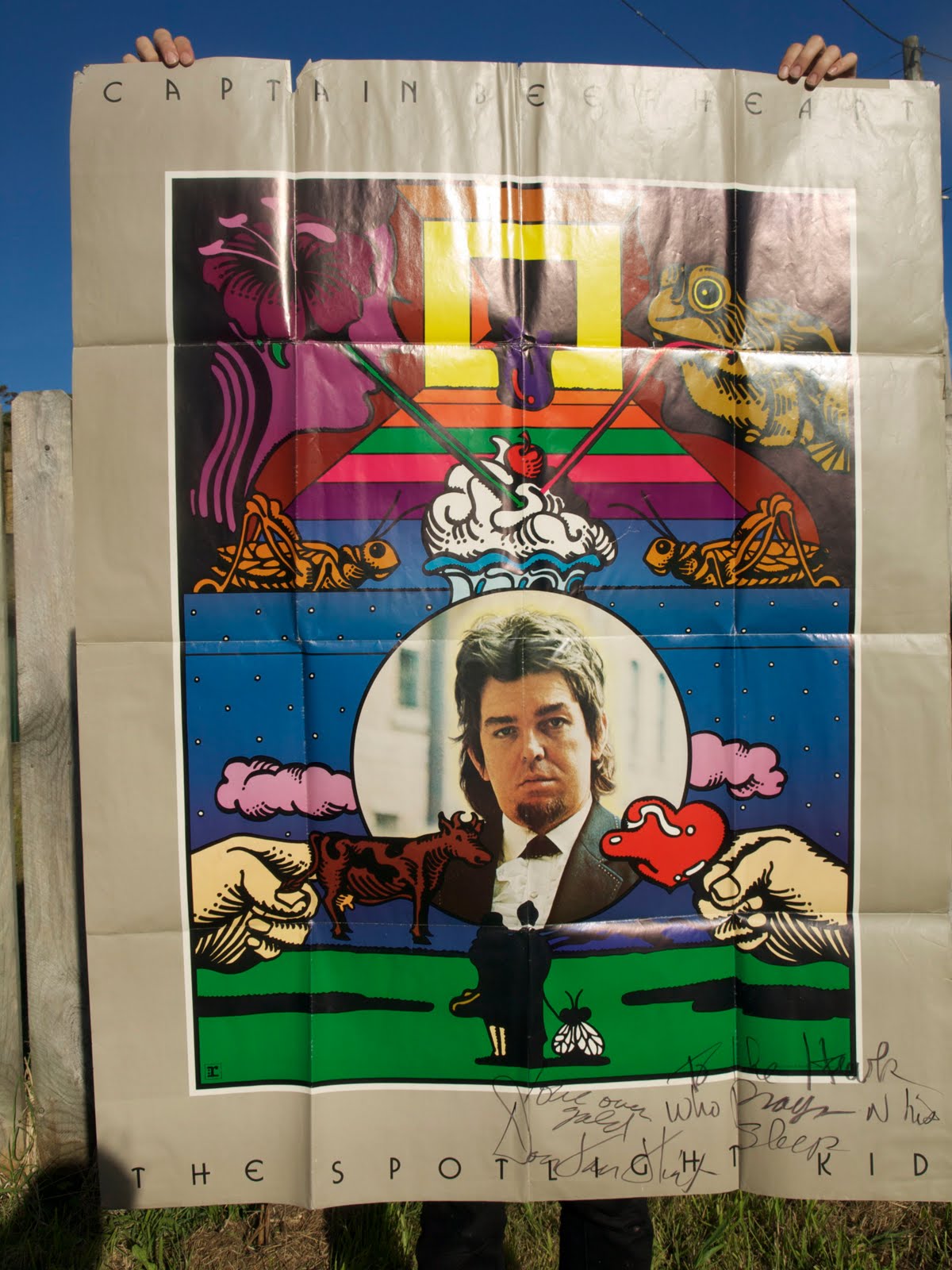 Here is the cover of the "Life and Times" lp. Well worth tracking down. 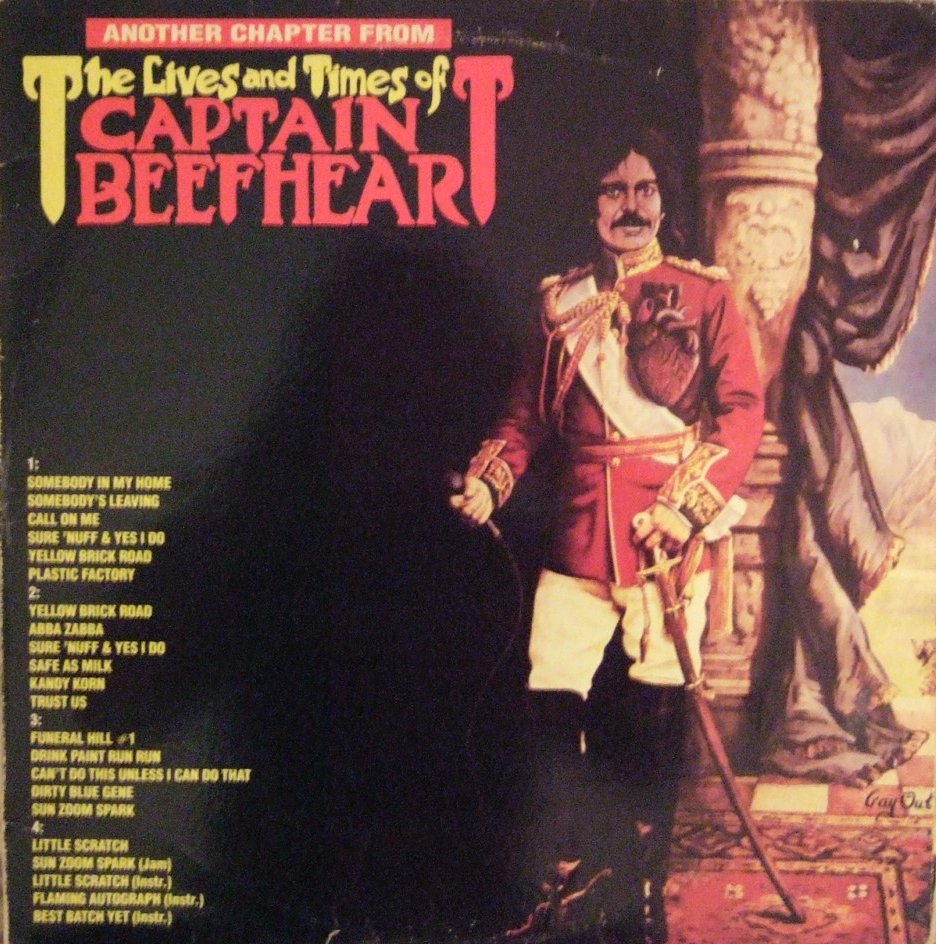