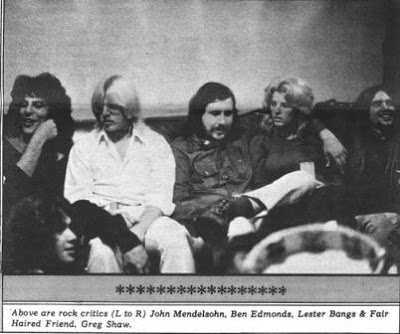 Who are these Bostonians tackling the Stooges in real time? Well none other than Jonathan Richman and Ben Edmonds. For historians, these are primary source documents. I have included them many times in bound readers for my pre-punk history of American music course. I haven't seen the Robert Matheu Stooges book and unless a copy is going to be air dropped into the bush and/or money lent, I won't see one soon. This "debate" may in fact be reprinted therein so do let me know. From the barn archive, Fusion Magazine 1970, courtesy of Chris over twenty years ago, and boat freighted to the other side of the planet for your enjoyment NOW. Chris always seemed to take Richman's review as a total pan. I guess it turns into a mild ad hominem attack on Iggy at the end but even that is tempered somewhat. American icon Ron is given much praise. WHOA Jonathan, not many people can say that they got off the Stooges bandwagon by 1970 because they didn't like "Funhouse" as much as the first lp and because Iggy's "schtick" got old. Jonathan is one smart cookie as he reads the tea leaves and sees the the blowback excitement of "Metallic K.O." three years early. As to the Christopher Milk ad dug up from a barn archive copy of RPM ordered from the Shaws decades ago , yeah Mendelssohn is pictured in the great rock crit shot from an early 1971 Phonograph magazine and I dug the first half of the "I, Caramba" book. A Davies fan for all time as well. 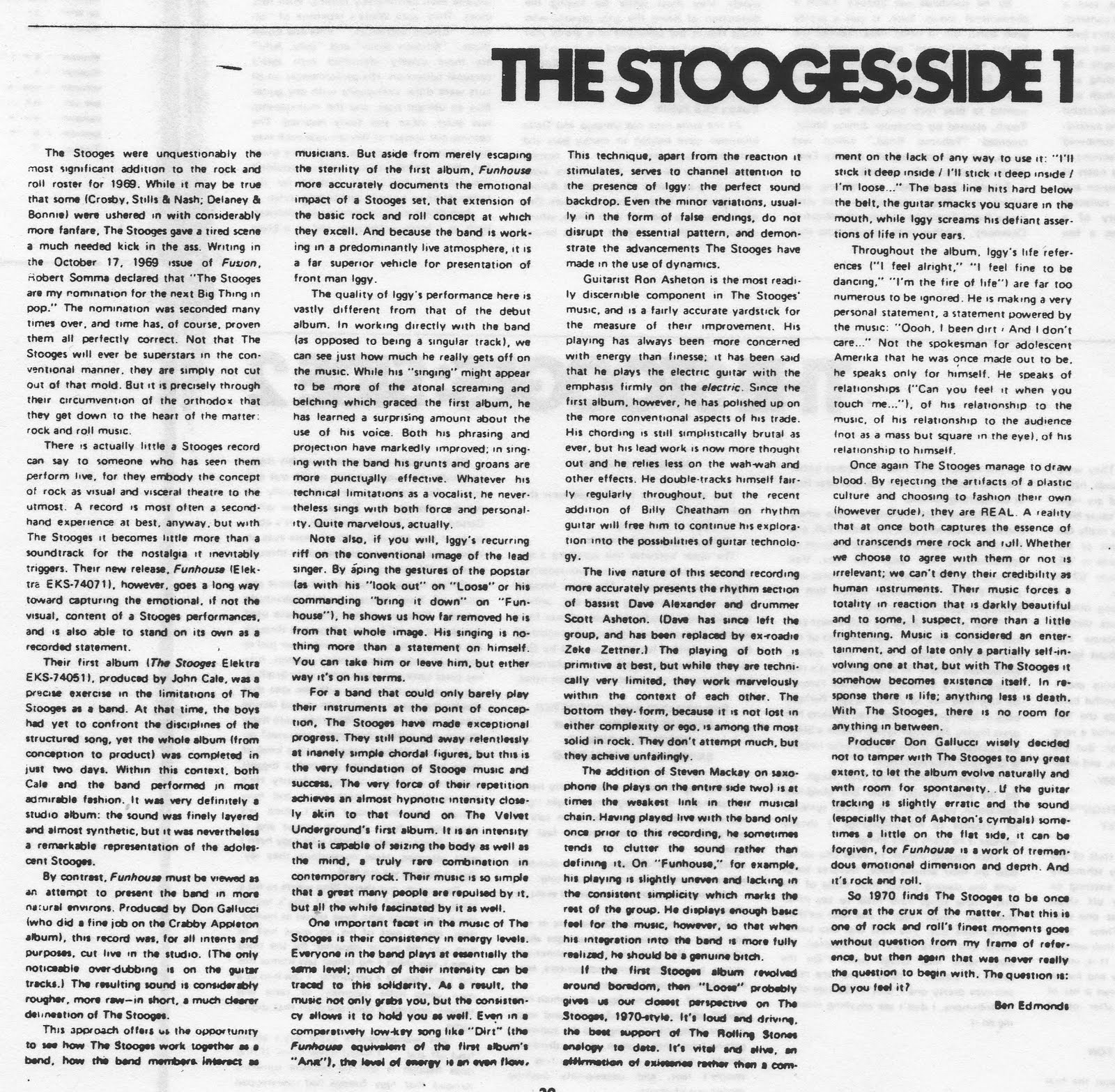 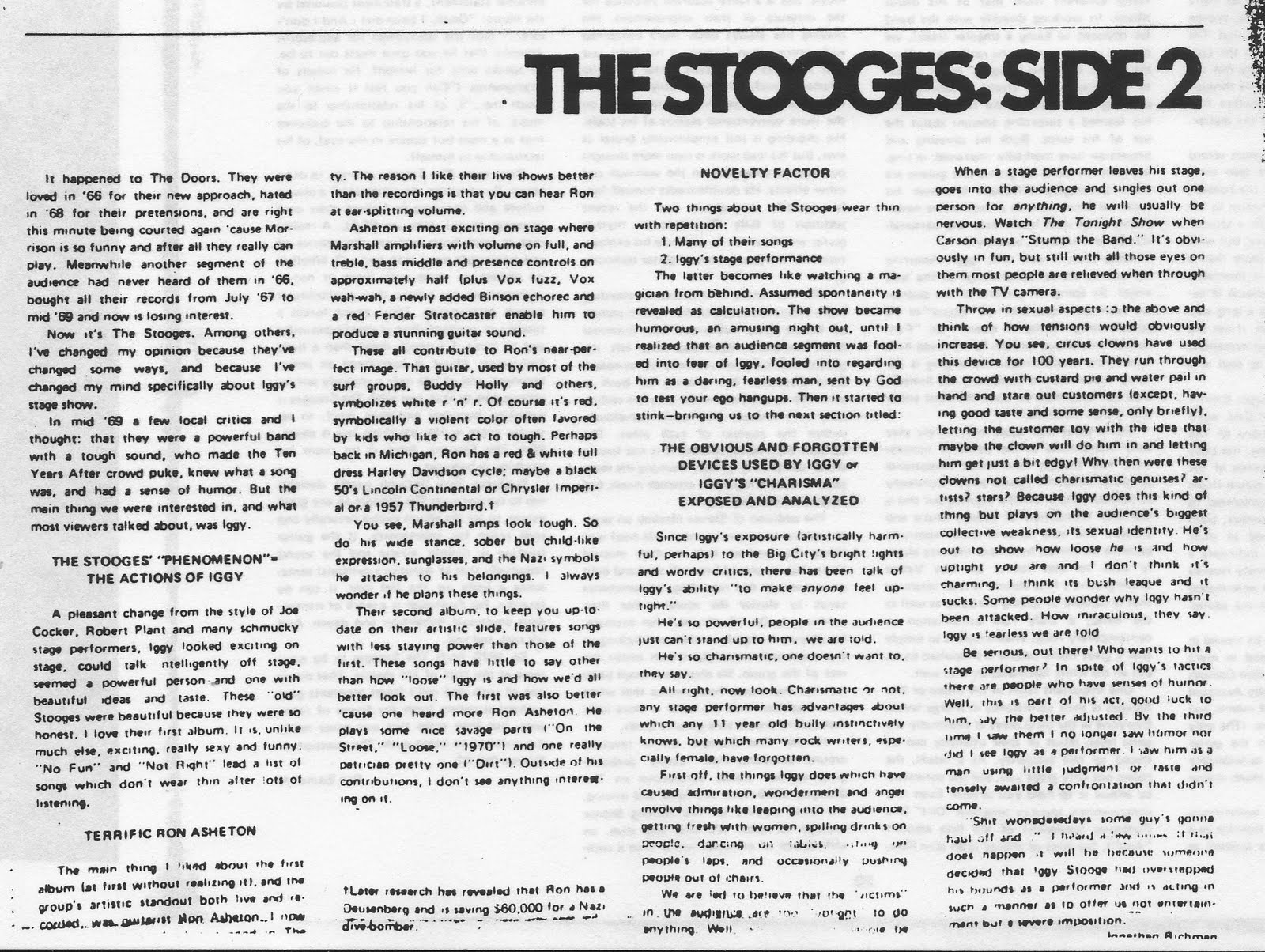 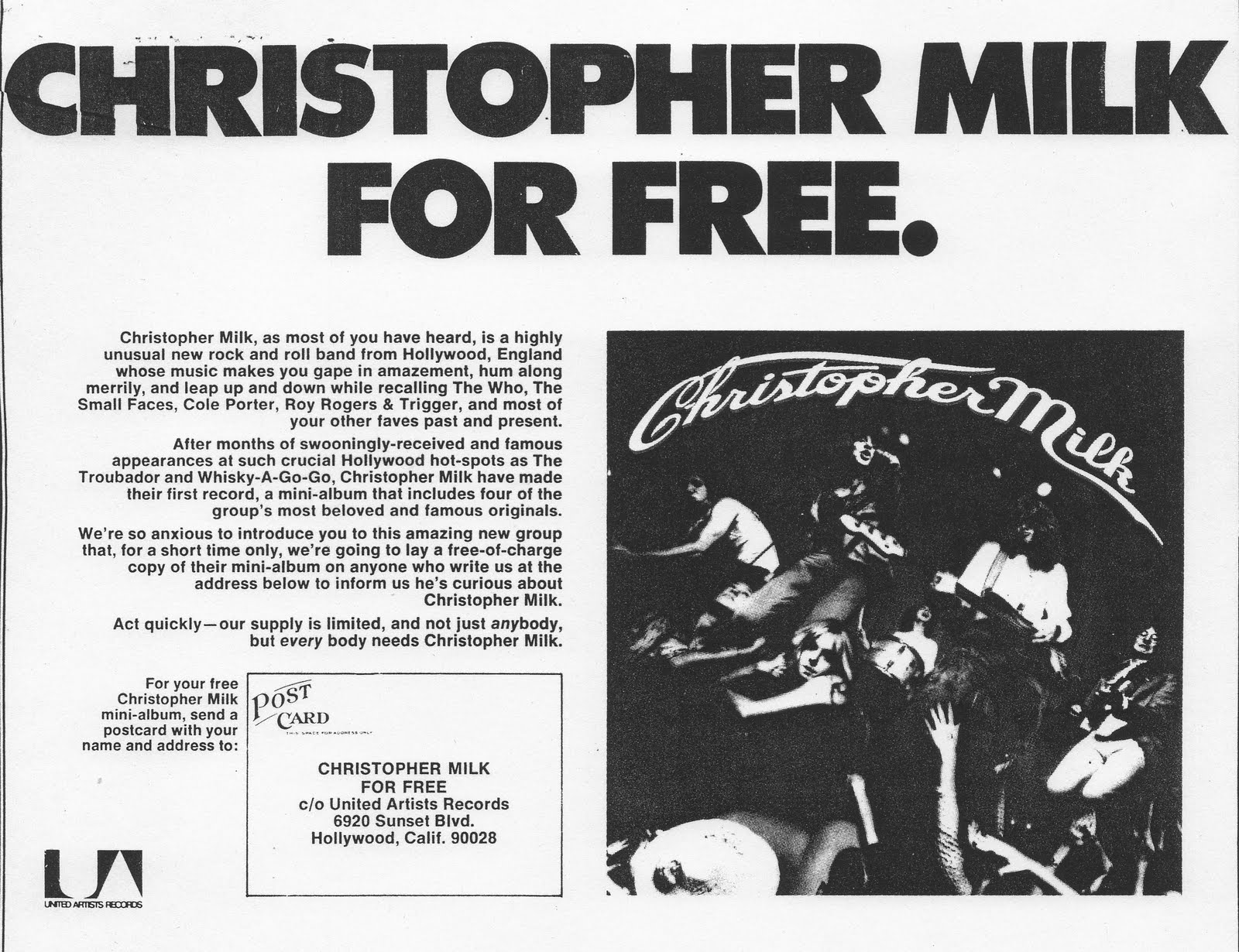