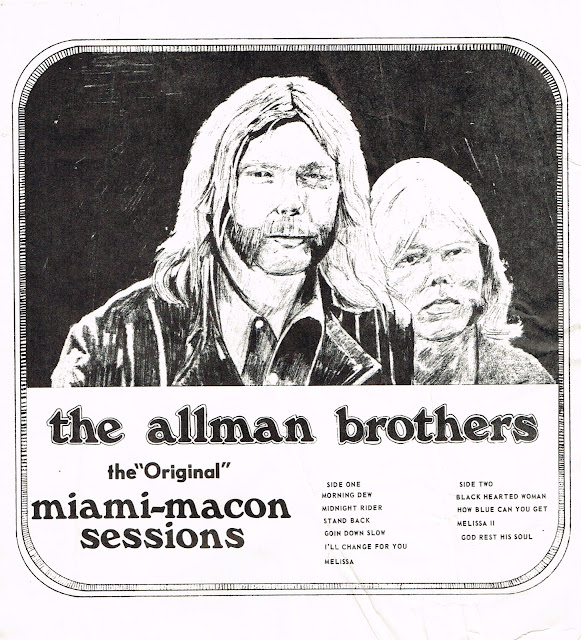 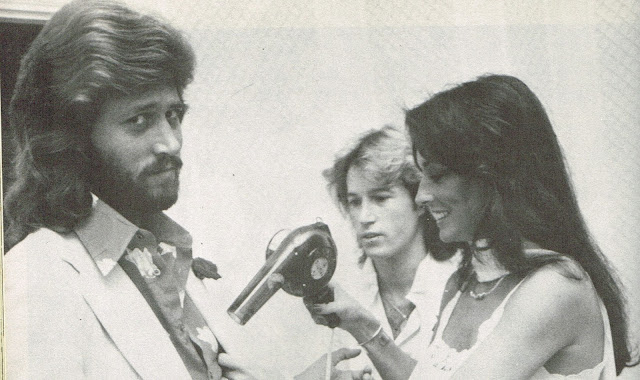 Your bluff has been called and you are clearly a liar if you tell me your family aint dysfunctional. But siblings playing music together – a no brainer, no? Back in LA I used to have the Allman Brothers lp with the cover I have scanned featured prominently on my record shelf facing forward more as an art curiosity featuring the Allman’s Planet of the Apes/inbred mugs scribbled by whoever the bootleggers hired cheap outside the local high school art class. That said, I really like listening to the Miami-Macon Sessions (not sure if issued in 1972 or 1975) – just a bit grittier than the later studio versions of some of the songs on Eat a Peach and I keep revisiting it. Duane Allman’s solos on Melissa are worth it for the price of admission alone.

Along the brother line, the last and only time I saw the Sun City Girls (with Six Organs on the bill) with my pal Joseph in Hollywood was truly a masterclass in rock trio dynamics. It is cliché to say that the brothers have a telepathic connection but that night propelled by the monster drumming of the much missed Charles Gocher, the room levitated. In my opinion (at least this week), the most important and influential band to evolve out of US hardcore, a point which only took 30 years to manifest itself to the masses (though Forced Exposure had kinda nailed it as early as 1987), led by brothers Rick and Alan Bishop. Funeral Mariachi is the saddest lp of the past decade hands down.

But sibling rock (though I know all genres have their long lists) really is in a class unto itself and my bookshelf is filled with critical breakdowns more heavily weighted to this class than any other: Ron and Scott Asheton, Kris and Kurt Kirkwood, Karen and Richard Carpenter, Nancy, Suzi and Patti Quatro, Phil and Don Everly, John and Dix Denney, the Bishops, Jeff and Steven McDonald, the Barrett Brothers Helen, Betty and Dot Wiggin, Solomon and Jay Gruberger, Angus and Malcolm Young, the Cowsills, Chip and Tony Kinman, David and Hamish Kilgour, Frank and Rick Agnew, Ann and Nancy Wilson, David Sylvain (Sylvain) and Steve (Jo) Jansen, the Jacksons, Epic Soundtracks and Nikki Sudden, Johnny and Ronnie Van Zant, Kim and Kelley Deal, Ray and Dave Davies, the aforementioned Allmans Brothers, Vicki and Debbi Petersen, Rich and Chris Robinson, Liam and Noel Gallagher, Tom and John Fogerty, Ernie, Ron and Rudolph Isley and Tim and Sean Presley. Do the Bradys and Partidges even count – they do in my book insofar as a simulacrum of the real thing.

A few years back I had been obsessed with Jay and Solomon Gruberger – not only their music with O Rex and that first Afrika Corps lp, but particularly with their music writing that I could lay my hands on. Their odd competitiveness in each having their own fanzine sold me. Such an obsession had already happened last century for me with my lifelong obsession/love of the music and very idea of the Bee Gees and the Beach Boys. Not sure if the Grubergers would have liked to be in such company given the lack of heaviness such as heard in their beloved Mountain. The Bee Gees and Beach Boys though are really their own category. It is three brothers dynamic that Brian Wilson speaks to in his “spiritual love in music” intro to the Gibbs. Take a look at Brian Wilson’s induction of the Gibb Brothers and tell me there is anyone else who really grasps that dynamic as much as Brian Wilson – it is very similar to that telepathic twin dynamic. I rewatched that heartfelt induction recently (having taped it live on videotape when first broadcast and forgotten about the JT cameo) which put me on to thinking about sibling rock and watching the CCR induction again as well minus Tom Fogerty. Is the animus between Tom and John any less heated than between Pettibon and Greg? Sure there are lots to add to the list so go ahead.
Posted by Papa Jon at 2:50 PM 2 comments: