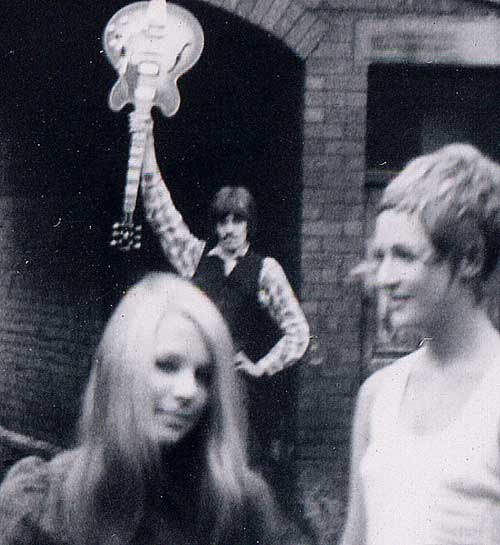 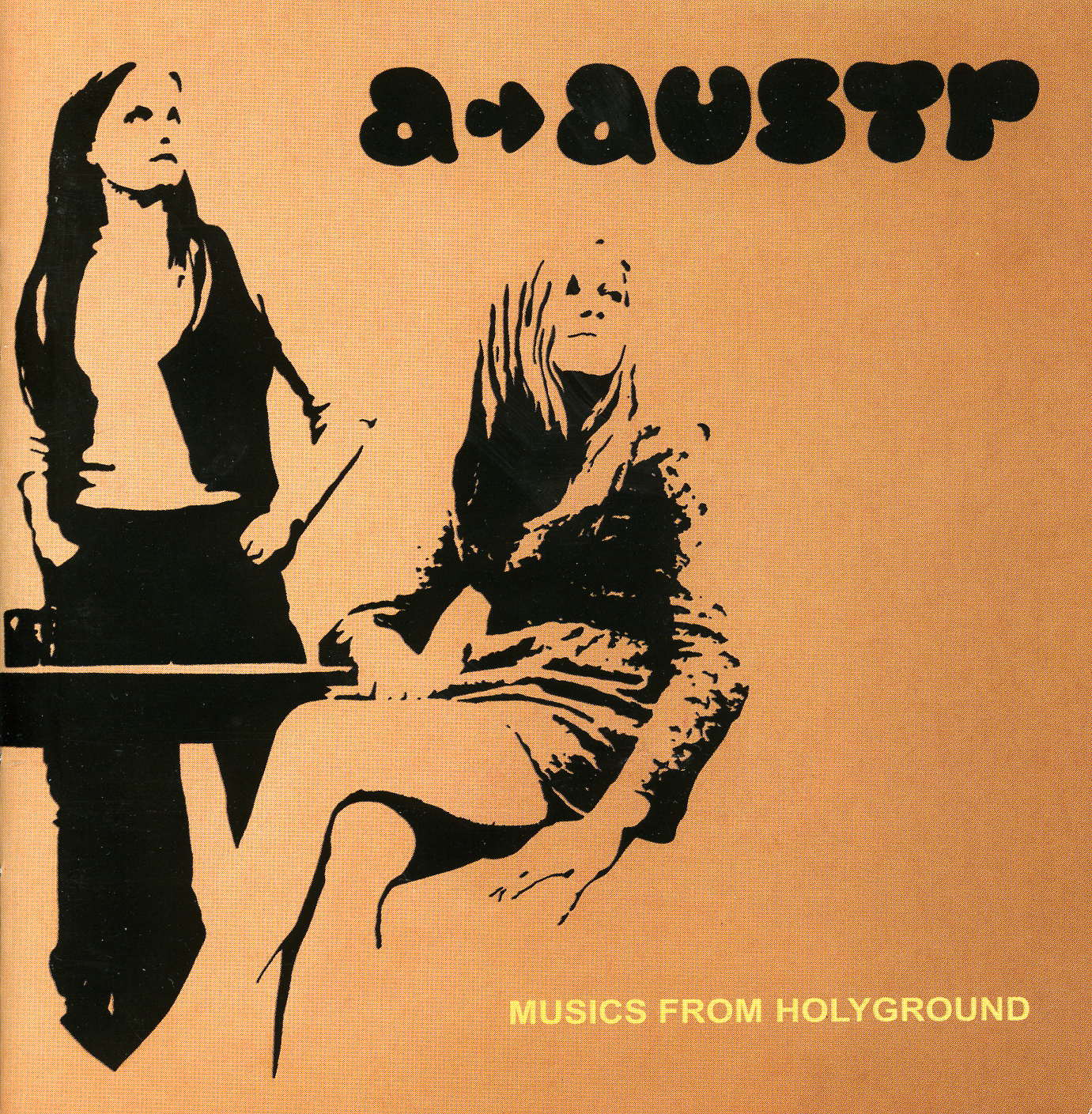 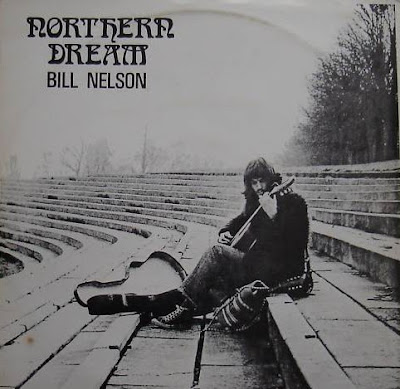 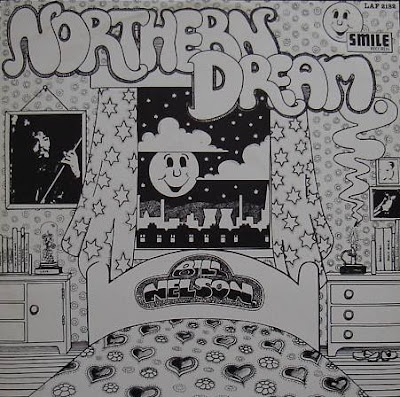 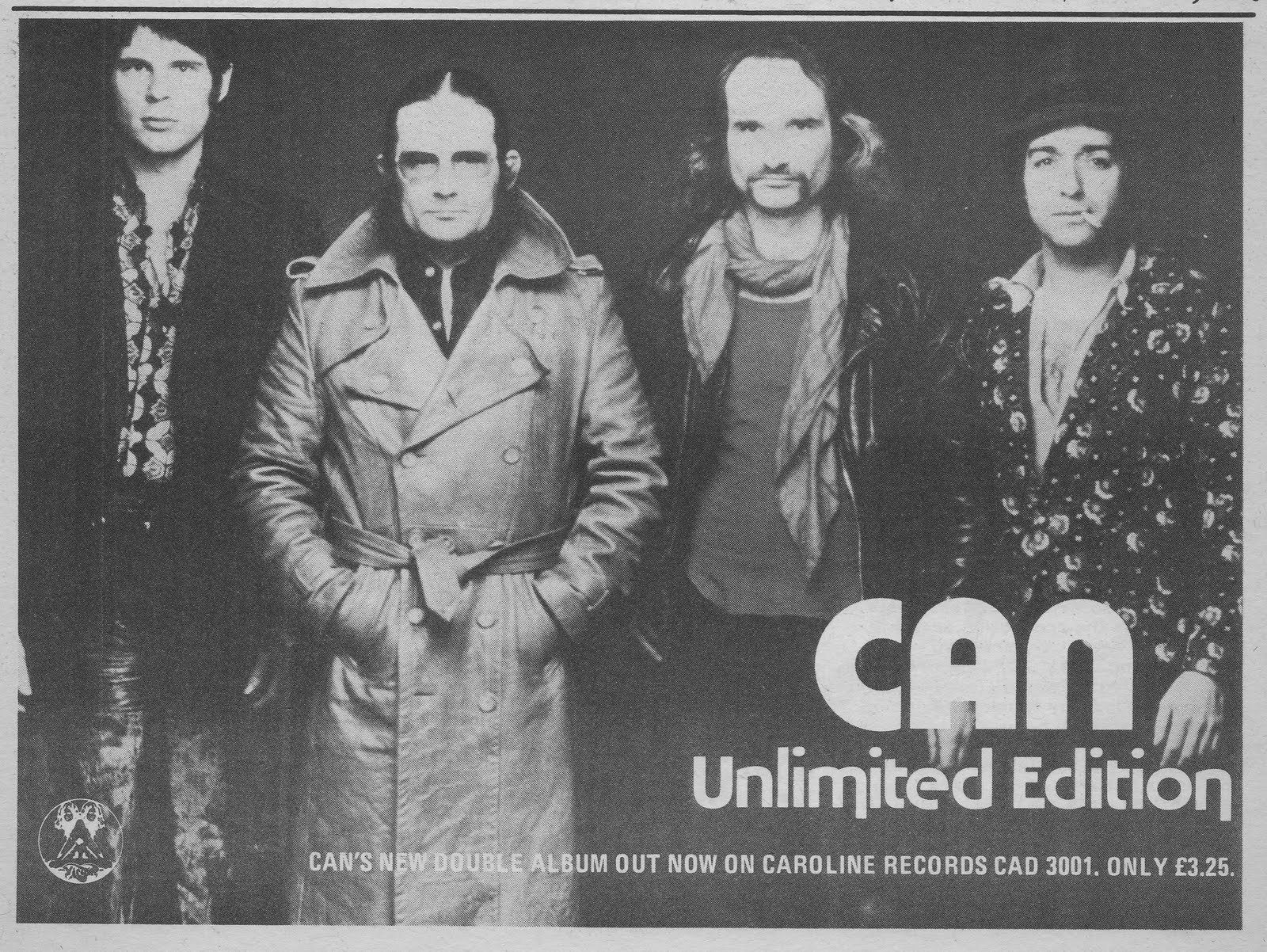 I have to say, that this oddball Top of the Pop clip clip will give you newfound appreciation for Be Bop Deluxe's crossover appeal.

A great 1974 live version of "Sweet Jane" sounding as good as Laughner's Cinderella Backstreet version of the same year?

Here is the whole Twist & Shout interview. The Sparks interview is great and needs a full reproduction here soon. 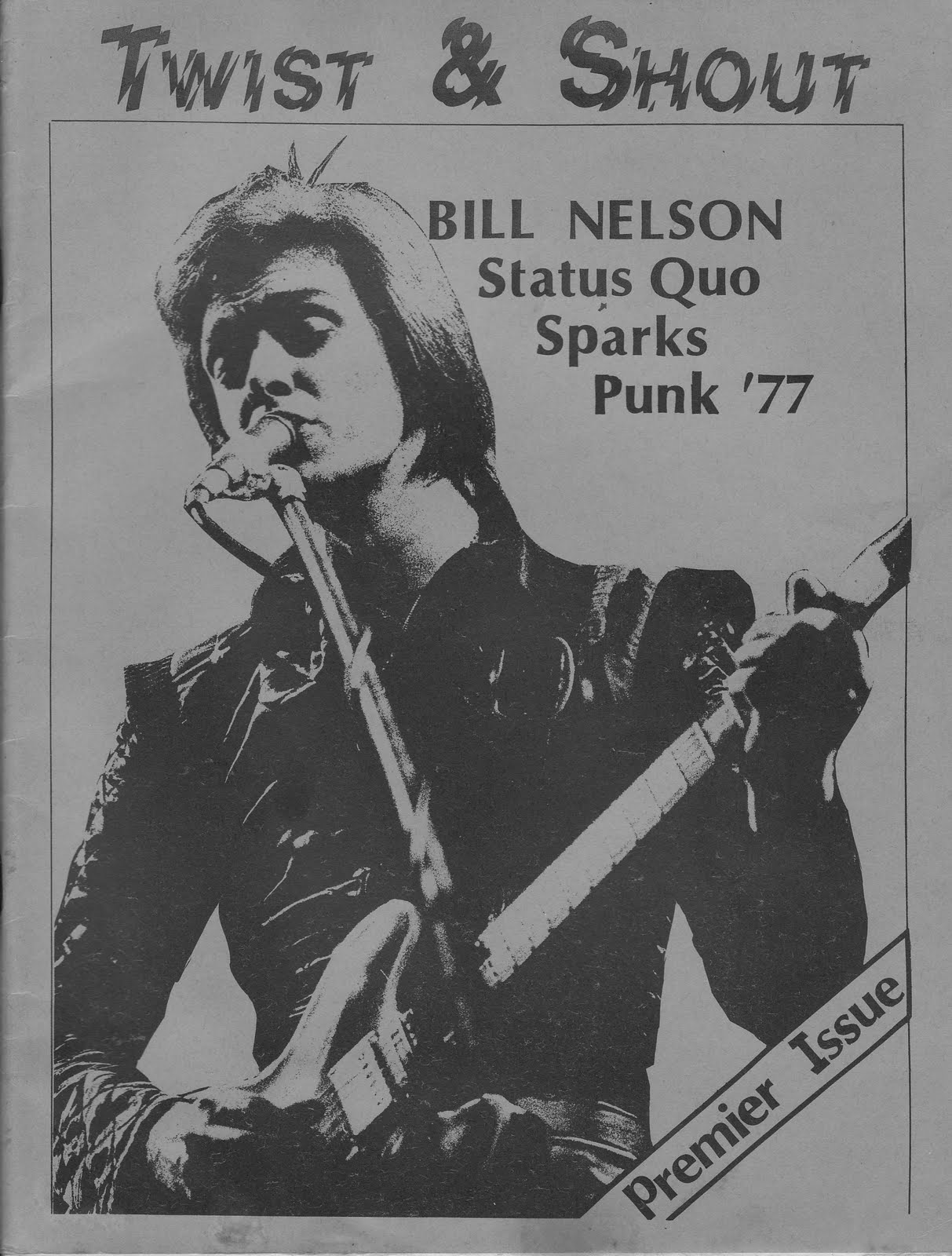 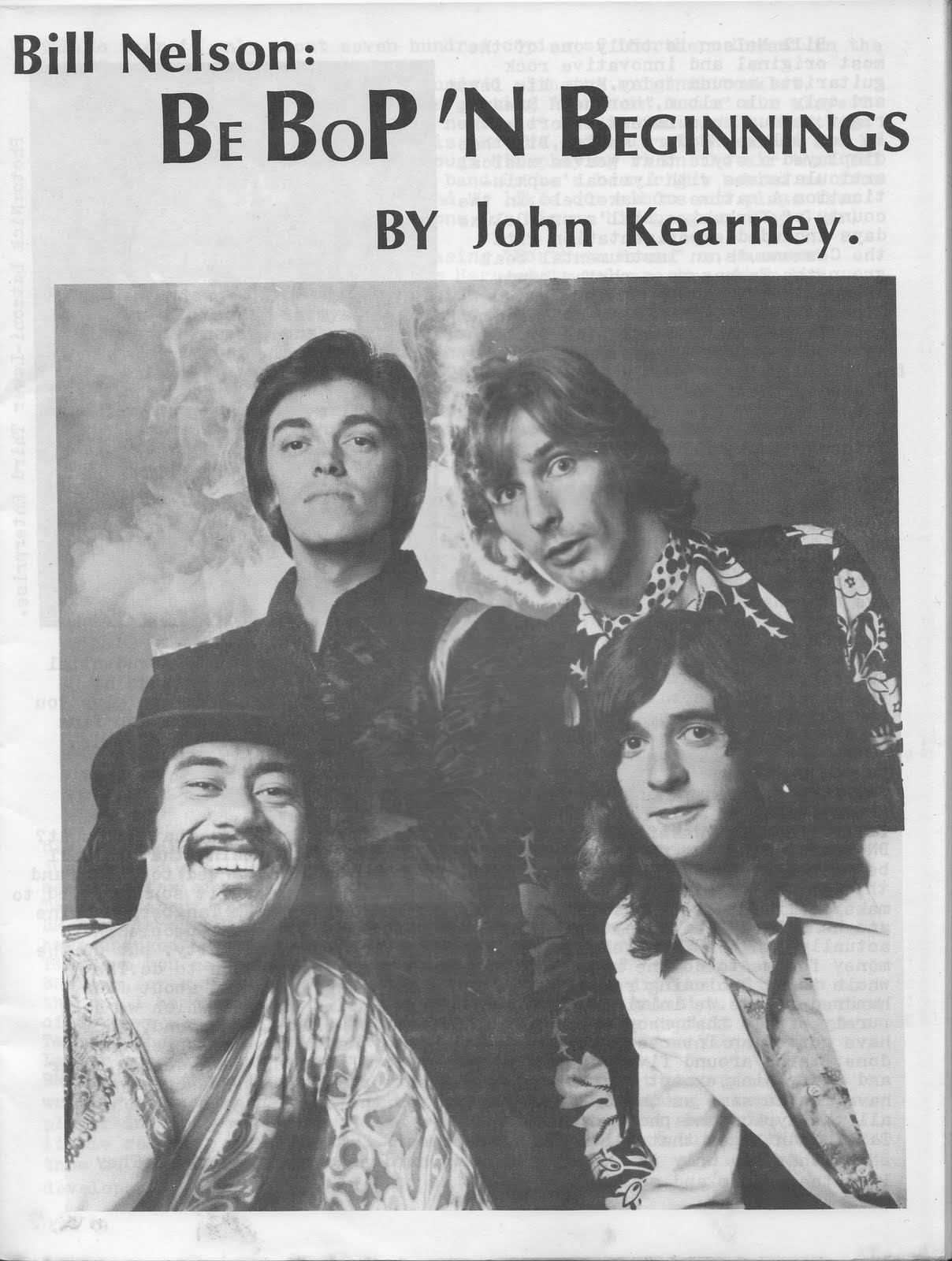 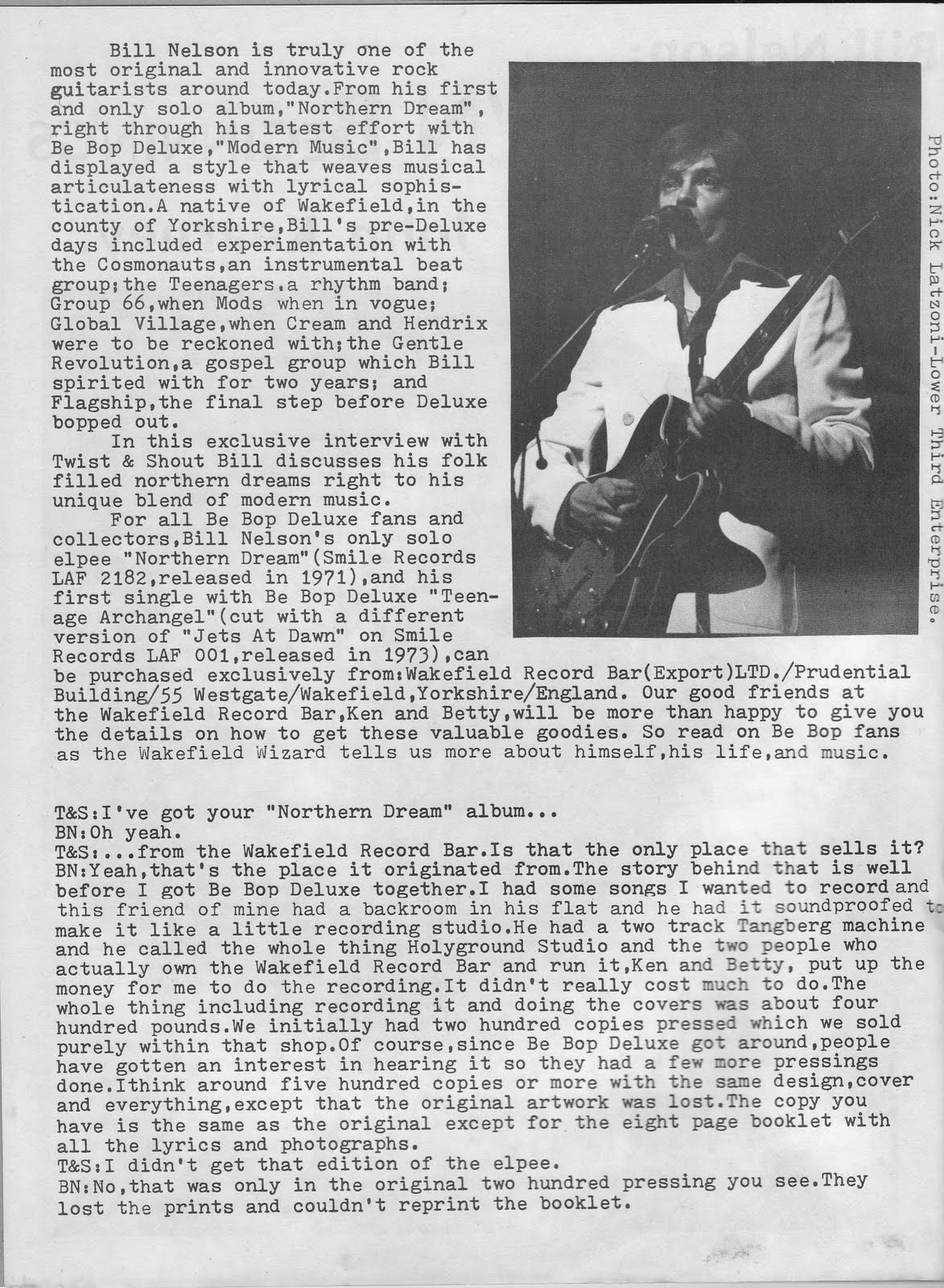 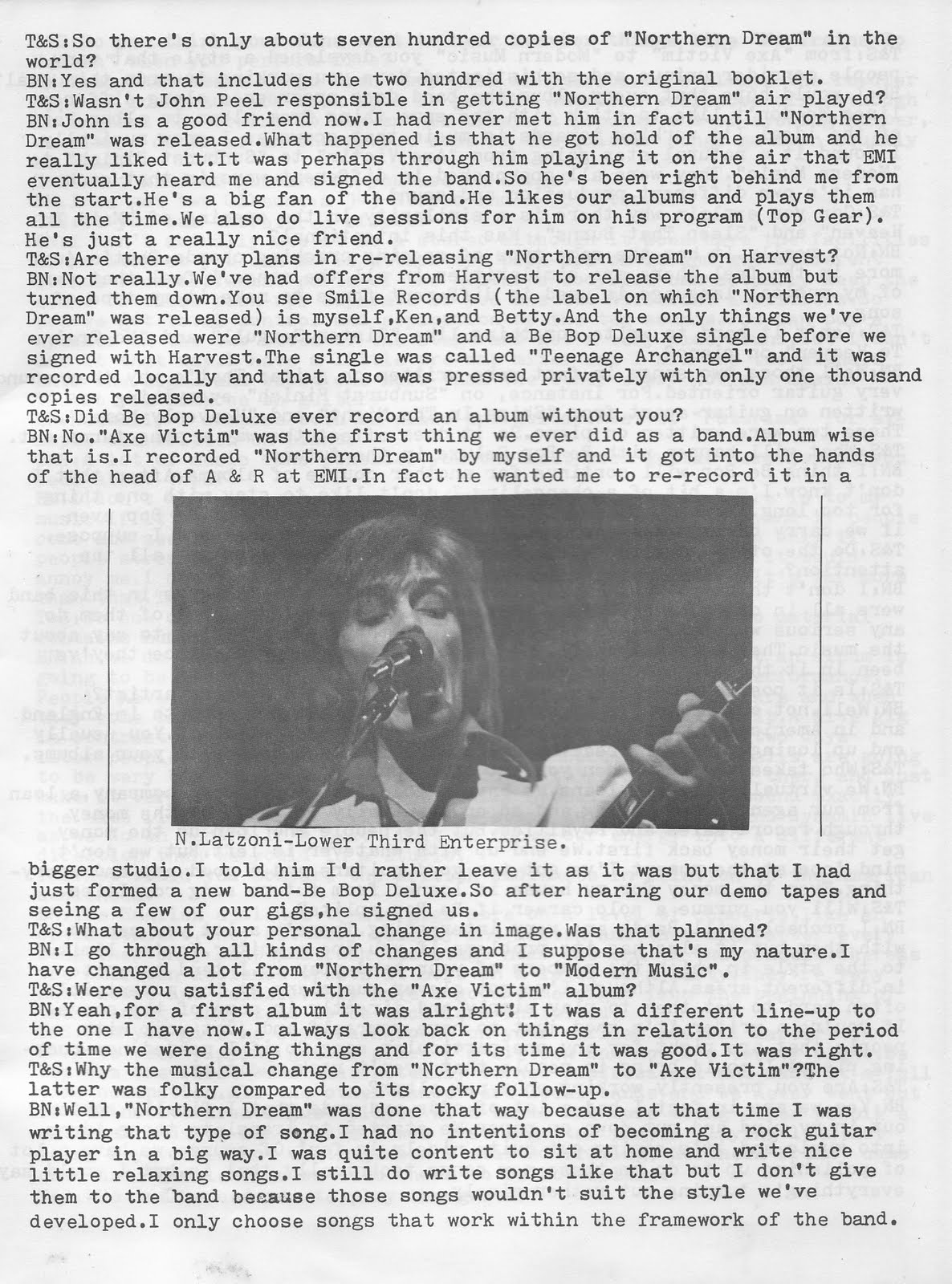 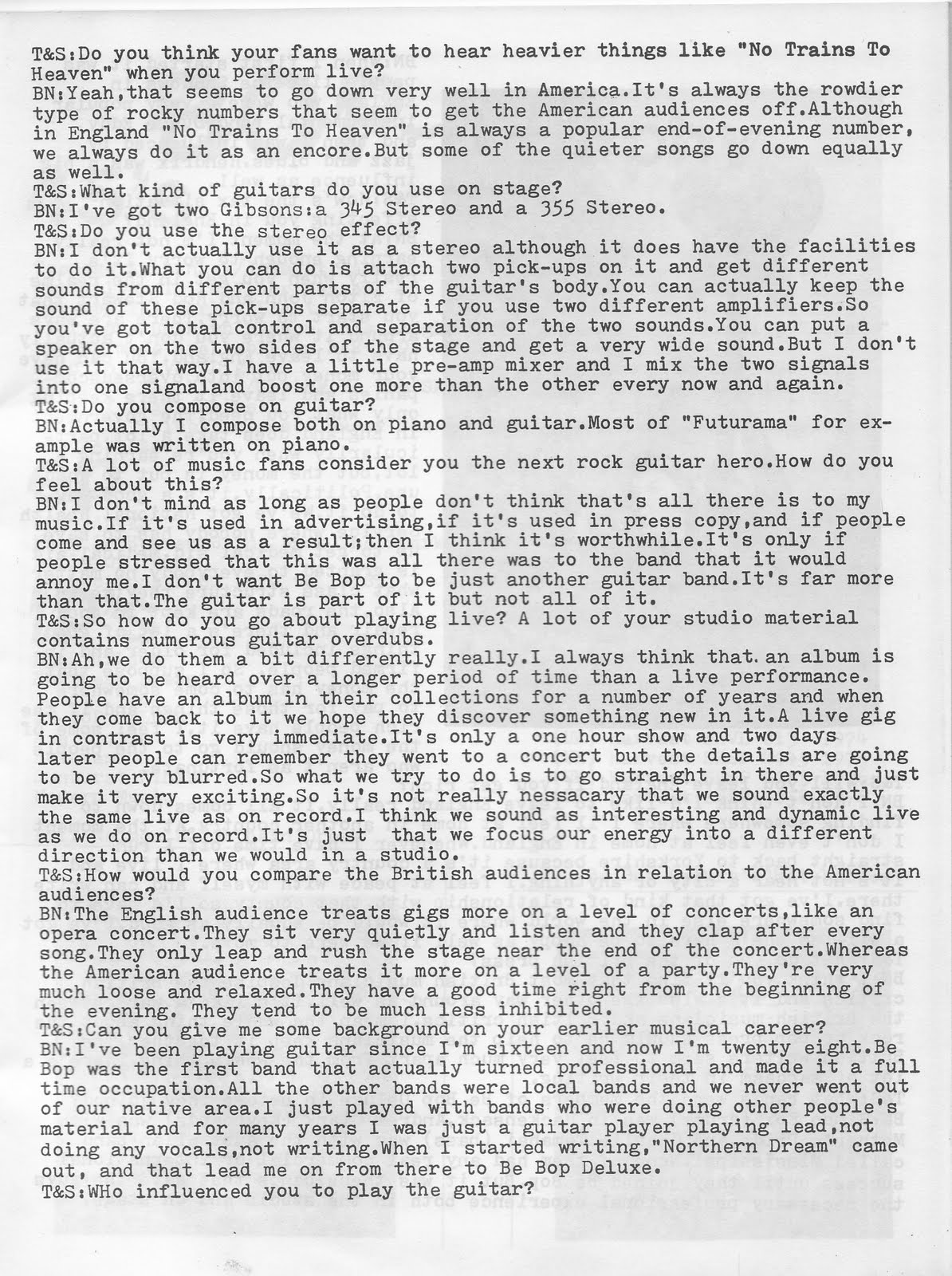 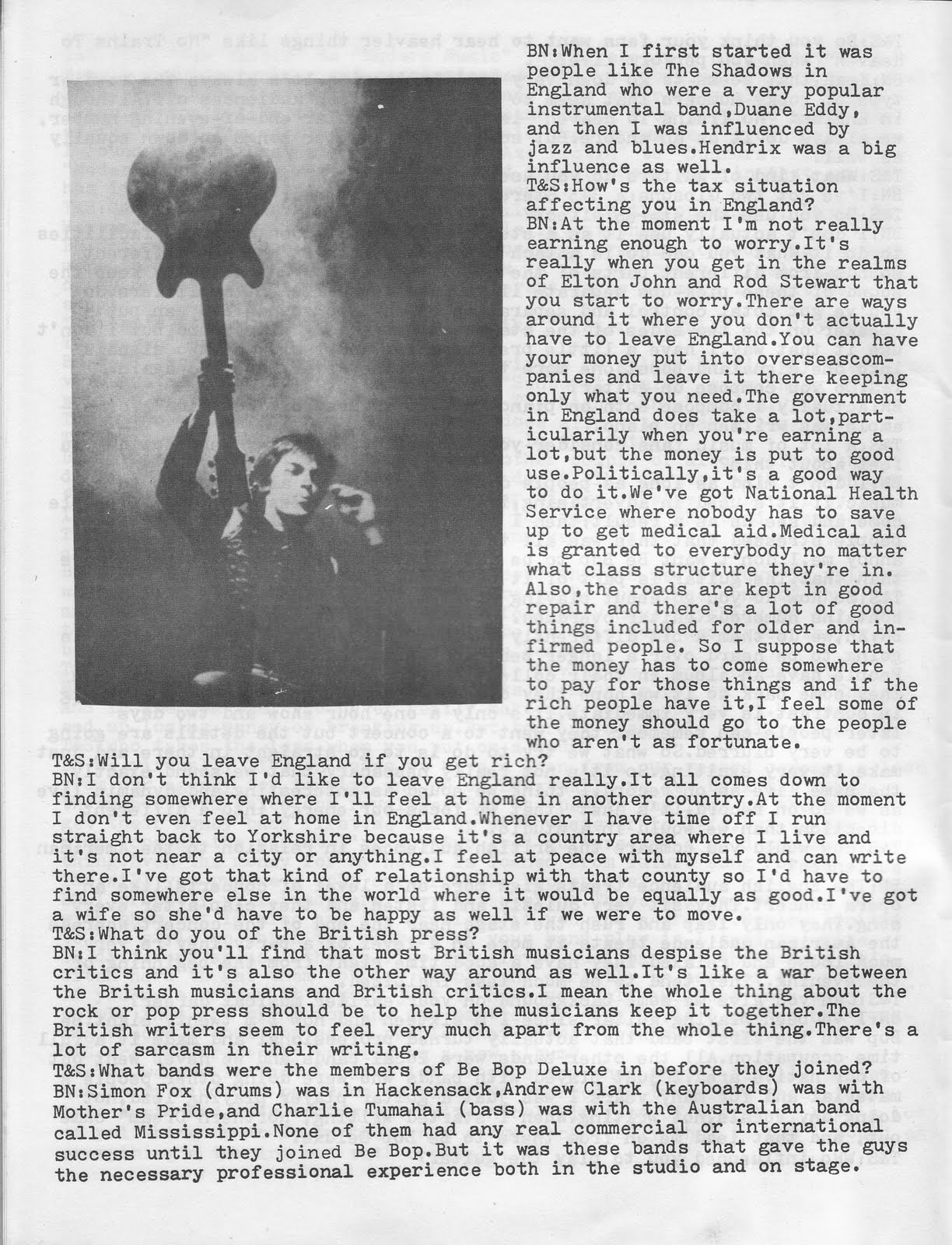 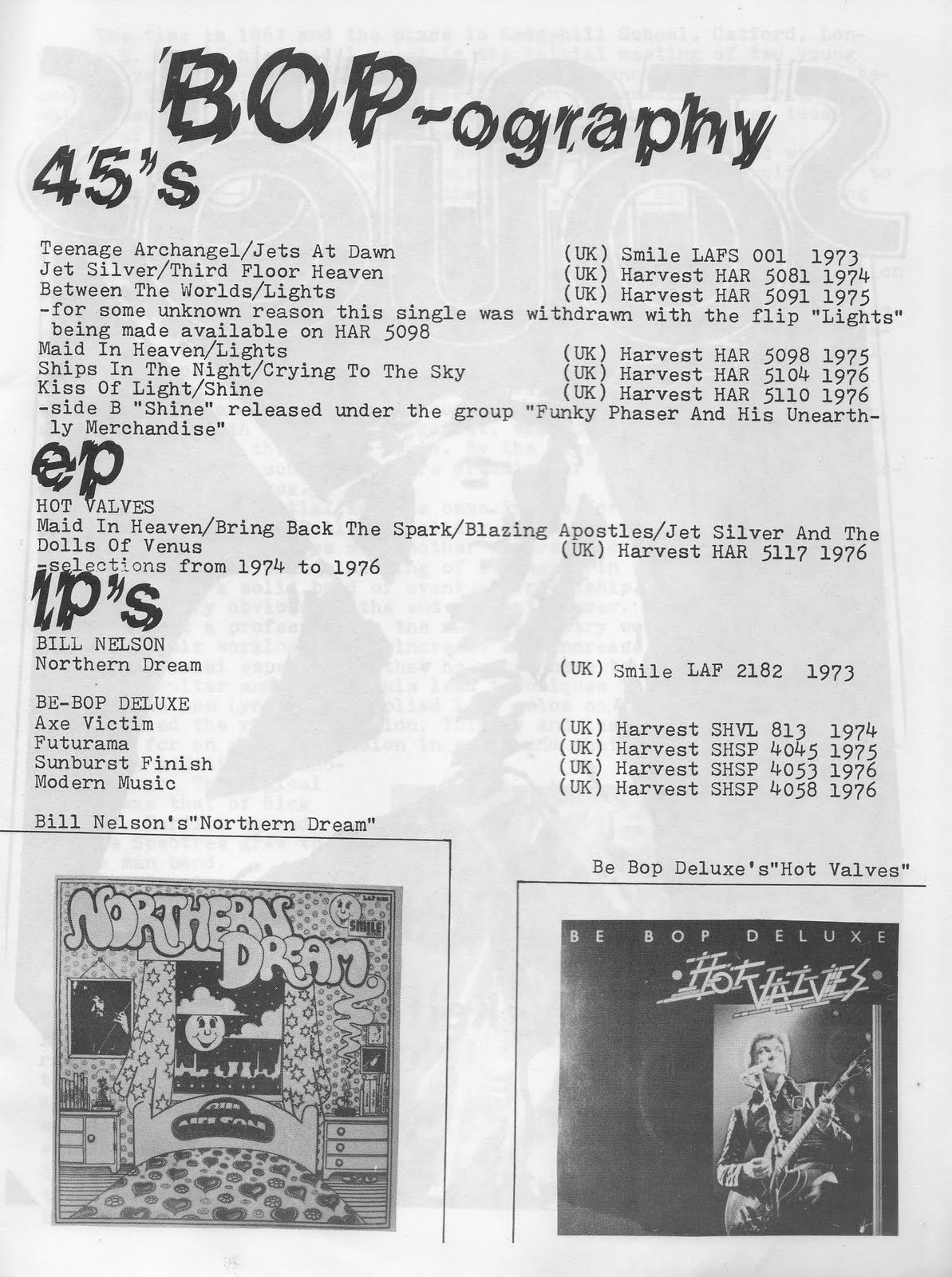 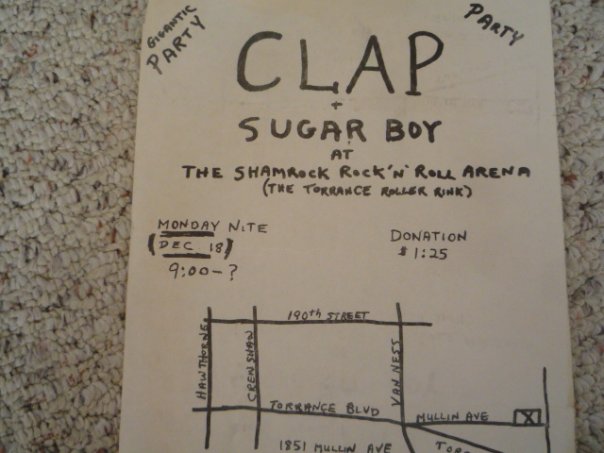 A little known secret about American proto-punk is that some of the greats morphed from "blues" bands led by omnivorous rock animals who embraced (at one time) the ballroom rock led by their British brethren. Or, at the very least, they dipped in the same wellspring originating in Chicago in the 1950's . An entirely different strain of British fiddle proto-punk (Cockney Rebel, Doctors of Madness etc) will be the subject of a future post and seemingly come from a mutant strain altogether. It was a given that these American folks loved the VU, Stooges, Doors, Nuggets-era garage bands (and actually played in them in real time), early rock n' roll/r'n'b and rockabilly etc, and of course the string of Stones 45s from 1964 onward. Cleveland had Laughner's Mr. Charlie (c.f. Laughner's lyrics to "Cinderella Backstreet" about playing them blues learned "from the Engish dudes"). In Boston, Matthew MacKenzie, Scott Baerenwald and Willie "Loco" Alexander's Bluesberry Jam mined much of the same inspiration that early Aerosmith took from (Jeff Beck Group, early Humble Pie, Yardbirds, the Who, Stones, etc). In Texas, certain of the pre-Nervebreakers had a serious "English" blues band going prior to adopting a slightly glam/Alice Cooper bent. Baltimore's great George Brigman as we know lived and breathed British blues killers and all around heavies the Groundhogs (as do we all). Add in some serious Faces worship (as acknowledged by Steve Jones and Killer Kane), and yer gettin' warmer. And now, Don Waller - god bless him and why not support the man and buy the Imperial Dog's dvd here or from Forced Exposure - has given the info we needed not only on cross town rivals, Clap, but laid out, as a public service of sorts, the covers the pre-Imperial Dogs Sugar Boy were playing. All I can say, is that I dig it. May not be everyone's cuppa, but I gotta say there are some favorites here, from Black Pearl's post-Barbarians, muscular MC5-styled, three guitar white soul to Peter Green-era Mac. As you can read on the Imperial Dogs page, the blues bent was soon ditched in favor of the darker, amphetamine-tinged, master race rock that we have come to know and love.

According to Don, the set included stuff from the Move, BOC, Black Pearl, the Climax Blues Band, Crazy Horse, the Faces and Eddie Cochran. What they had been playing prior to ditching their blues hound rhythm guitarist were covers of Z.Z. Top, Free, Fleetwood Mac, Savoy Brown, Willie Dixon, Earl King, Chuck Berry, Dylan, the Small Faces, Stones and Who. When are the tapes of that expanded Sugar Boy set(s) gonna be released? 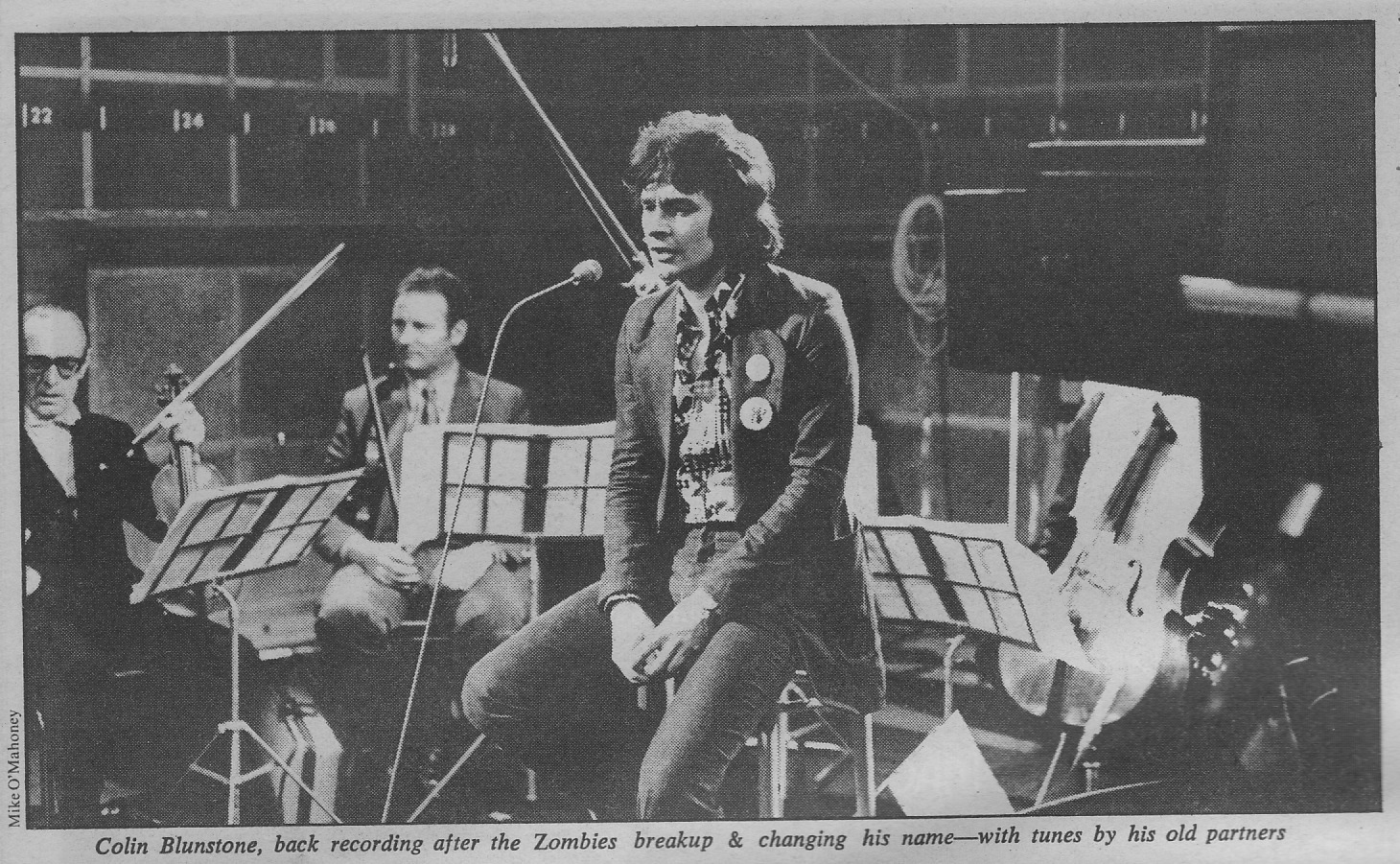