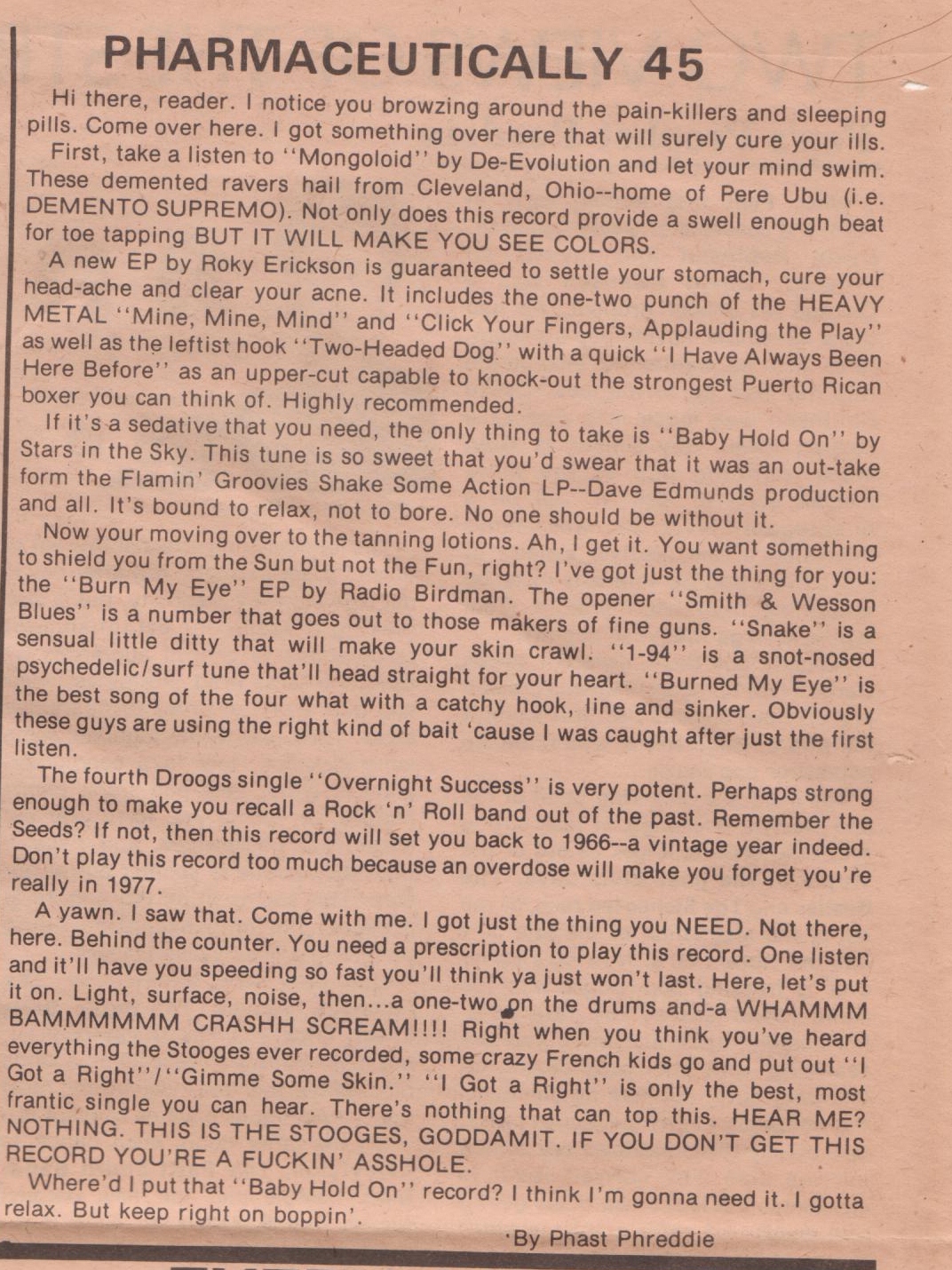 The best version of "Burn My Eye" other than by Radio Birdman itself for me hands down is the version by Monoshock on the S-S comp. I saw them play it at a practice followed by an equally unwound version of the Pink Fairies' classic "City Kids." Maybe they will play them in Portland in March. Who knows? Given that neither is available as a split single, here is a pretty hot 50's styled live take (with equally awesome 1980's aussie hairdos) by the Girlies:
Posted by Papa Jon at 2:55 AM