So the Dickies were the first of the Masque-era Los Angeles punk bands to hit the UK followed by the Go-Go's the following year. And although Alice Bag's memoir may be the superior read, you could do a lot worse than the excellent first half of Belinda Carlisle's memoir Lips Unsealed for some debauched tales of the era. I digress. The Saints were among the first to show the Brits how it was done, after the Ramones of course, and shared the stage with them as well in the UK. I am reminded of Dylan in No Direction Home trying to divine where all those early songs came from. Do Chris Bailey and Ed Kuepper wonder the same thing? Dylan and the Ramones where living in one of the most culturally rich cities in the world surrounded by scenes which offered early support. The Saints incredibly created some of the 1970’s most perfect music while in Brisbane. Anyone who has not heard The Most Primitive Band in the World which dates from 1974 really needs to do some backpedaling. While Brisbane 1973-74 was not like the backwater portrayed in the seminal Australian film Wake in Fright (which each and every reader of this site needs to see), it was close enough which makes the foundling Saints’ achievement even that much more incredible. These were not kids hanging out at the Riot House, seeing Iggy crawling on the sidewalk on the Sunset Strip, or camping outside Freddie Mercury’s hotel room and then forming a band. As I have said before, one of the truly unacknowledged cultural movers and shakers of the last half century is named Lenny Kaye. It was his Nuggets comp that hit Brisbane in 1974 - two years late you may note - (along with the contempo Dolls, Stooges, MC5, various 50's greats, the Missing Links etc) that powered this earth shattering music. Proof that record nerds who are fine musicians can change the cultural world, no? Anyway, here you have the review that changed the game, and an interesting video curio. My old pal Maxwell in LA is who hipped me to the original Saint on telly. So it makes total sense that the actual Saints who by then had decamped to the UK make an appearance on the Return of the Saint show in 1978. In the same year, and it is buried back in my subconscious that I saw it at the time it was broadcast (along with Joe Namath’s short lived Waverly Wafers), the Dickies appeared on Don Rickles’ CPO Sharkey AND the Germs got their first name check on national US television. Check it all out below. 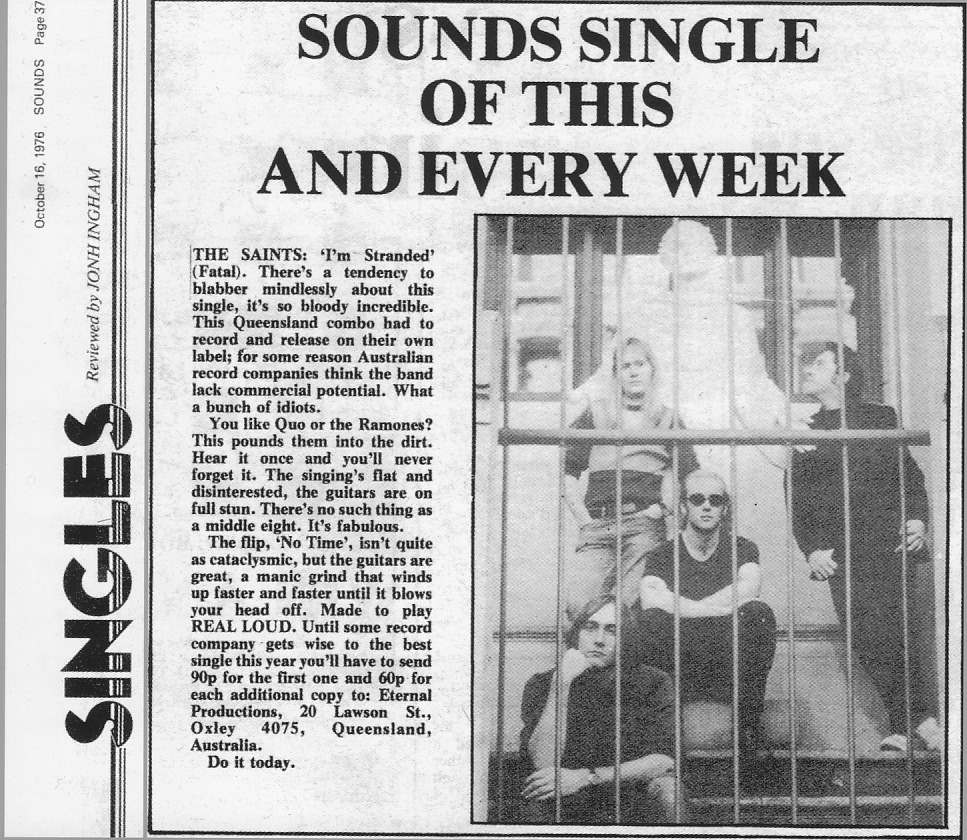 Now this is the kind of thing that I would screen if I was given an IMAX theater with a bar:
Posted by Papa Jon at 1:18 PM 1 comment:

Labels: Don Rickles, Lenny Kaye, the Dickies, the Germs, the Masque, the Saints

One of my favorite contemporary video pieces that I saw in Mexico City back in January (2014), at the show "La voluntad de la piedra" at el Museo de Arte Carrillo Gil, was "Don’t look behind (Trampa macabra"), Leo Marz's giallo-inspired, critical exegis of terror (or is it curatorial horror given the Mexican art world cameos).  I doubt Leo is familiar with most excellent Dutch glam rockers Lemming but I think he would like the low budget Argento/Suspiria vibe that their Dutch television performances from 1974 to 1975 reek of: the essential "Father John" (about a monk!) and "Queen Jacula."  And I will posit it here first. Is not Lemming's great dancer in these clips, Lucifera (RIP), the continent's low budget glam answer to Stacia? Thanks to Robin for originally introducing me to the greatness of Lemming back in 2006.

I have a distinct memory from the late 1970’s of flipping through copies of New West magazine (we must have briefly had a subscription). Los Angeles magazine already existed (and was almost purchased by the New Yorker). But New West for those that don’t know was an attempt by the Rupert Murdoch-owned New York magazine to break into the Los Angeles/California market with a California-centric take of new journalism mixed with the cultural and political coverage found in its east coast brethren. New West was launched before the bicentennial, hitting the stands on 12 April 1976. However, what I didn’t know until stumbling onto a stack of New West in a thrift store about 25 years ago (and currently residing in the barn) was that the Masque and LA punk was presented to suburban Los Angelenos and San Franciscans in non-sensationalist manner. In addition, it turns out that the article (which is spot on and could have been written today) was written by none other than the screenwriter of the Waitakere Walks favourite Over the Edge, Charlie Haas. In fact the music sensibility of Over the Edge is made even more clear by this great write-up on the Masque, and was not some random music supervisor's choice. Photo of Chloe Pappas, stylist of the Screamers was taken by Matthew Rolston, likely still a student at that time at Art Center in Pasadena and Interview magazine photographer. Who knows if Rolston has a large set of yet unseen Screamers and Masque-era photos. A second Masque coffeetable book may need to appear. In any event, enjoy this slice of late January 1978, and hopefully it will change your perception that the Masque was limited to the pages of Slash, Flipside, Search and Destroy and Lobotomy. The LA Times via an old fave Kristine Mckenna did shine a light but no thanks to the likes of the other staffers (Go-Go's classis "Robert Hilburn" anyone? but who knew that it made it to the pages of glossy magazines. "You don't love me/You love magazines/Those glossy pages they go to your head" 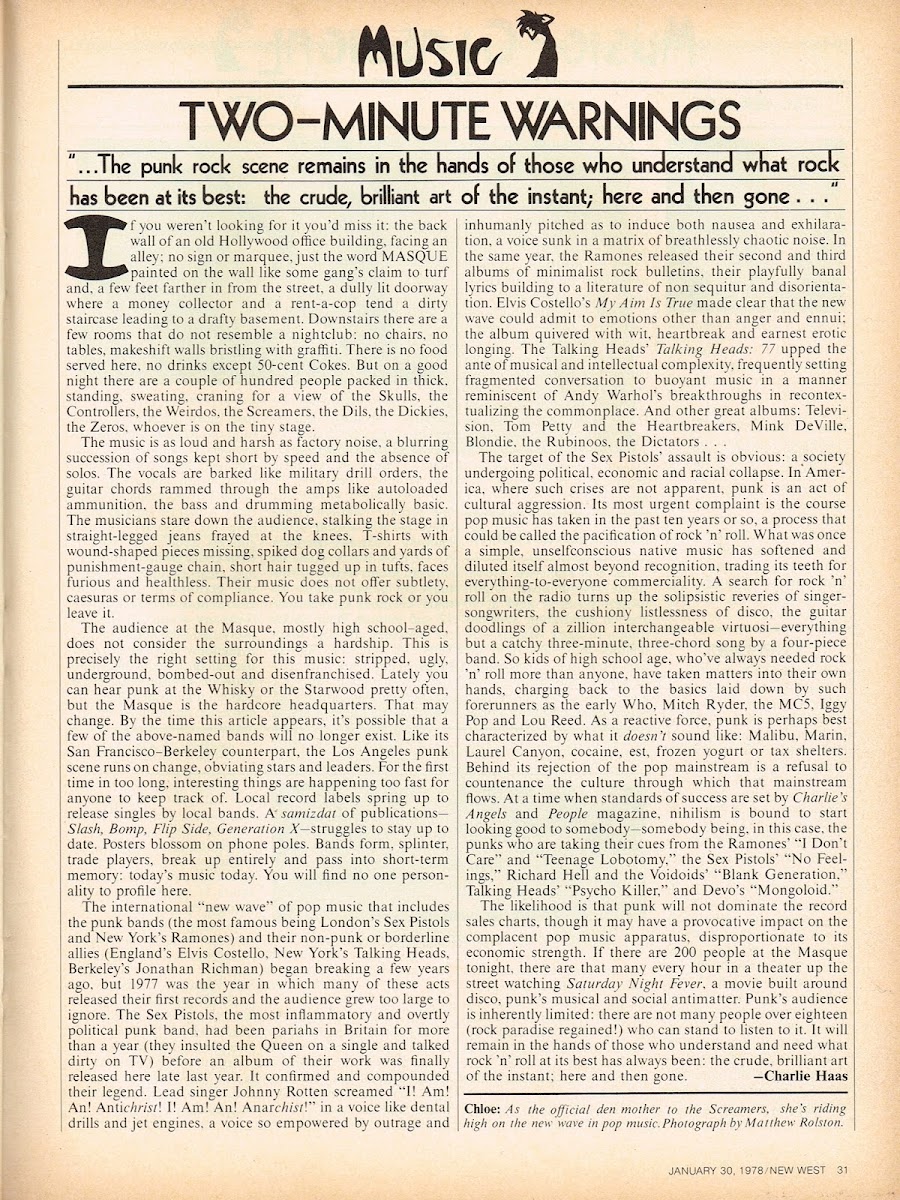 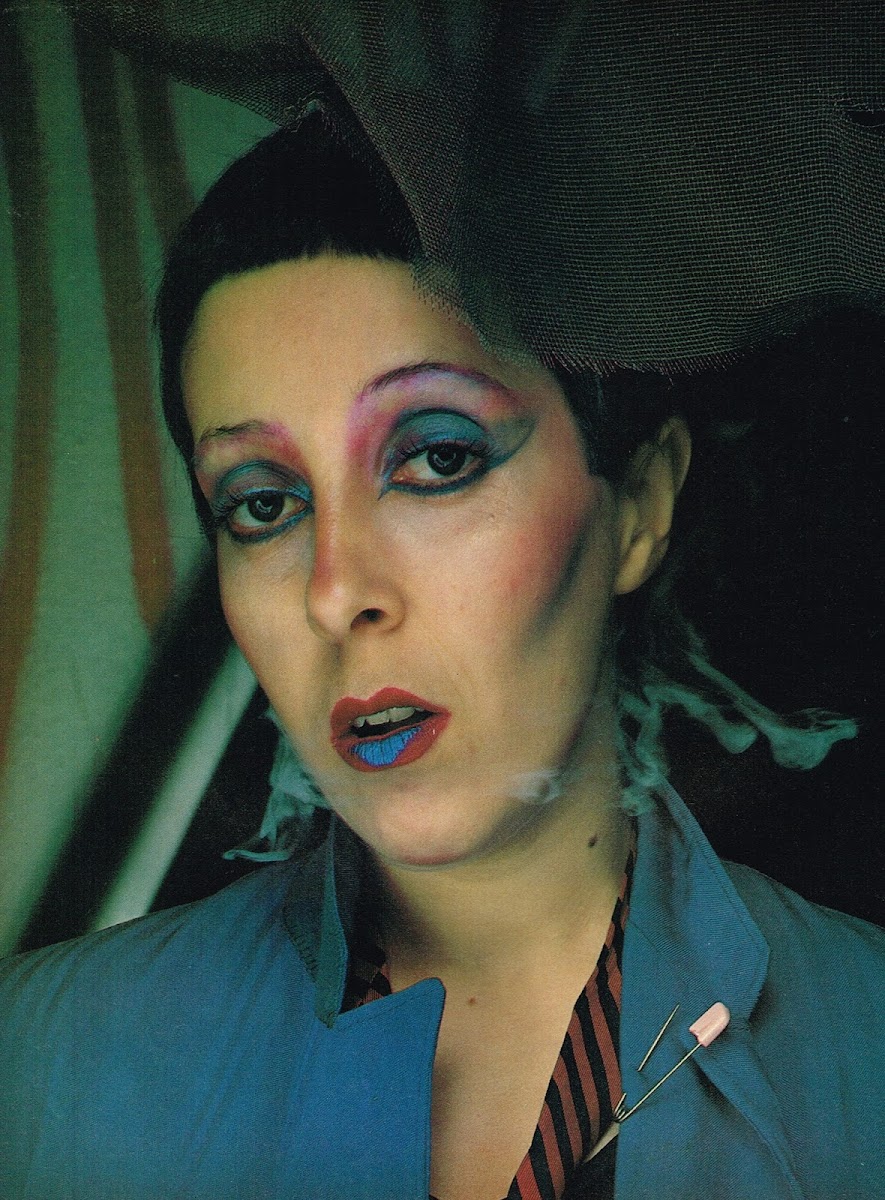