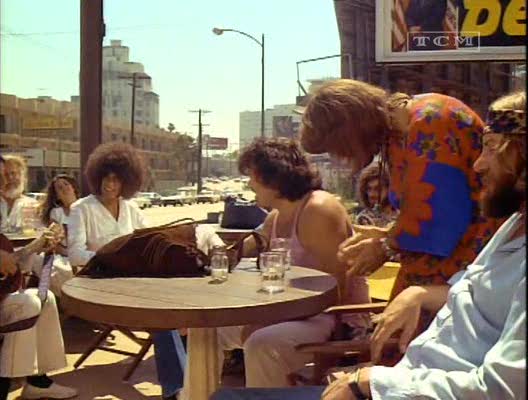 Dining on the patio of the Source, Father Yod and Ahom on your left, Donald Sutherland on your right in hippie headband. Paul Mazursky's Alex in Wonderland (1970) is a Fellini homage with Fellini himself in a cameo as well. Not unlike Renoir's cameo in Frawley's The Christian Licorice Store (1971) though without Tim Buckley. A minor and seldom seen New Hollywood picture, unfortunately there are some painful and cringe inducing agitprop moments that have not aged well. The film does contain a faux military battle on Hollywood Blvd., where one can see that Let It Be was showing at a theater during its filming. Mazursky himself plays a studio exec in the film and Sutherland, as an aspiring first time director, takes a liking to a print on the office wall, a similar scene repeated as Vincent Chase takes a liking to a painting on Ari Gold's office wall in season two of Entourage. If the Source existed today (the restaurant that is), Vinny, Johnny, Turtle and "E" would be dining there. A crtitical examination of Sutherland's 1969-1974 films forthcoming. Below is Buckley's cameo in The Christian Licorice Store. Thanks to Steve for the print.

Unless you were Sparks, you didn't really have a hope in hell in being covered in what was billed as "America's Only British Rock Magazine" between say late 1972 to around 1976. Thus my surprise to see Ira's note from the April/May 1975 issue (No. 8, Bolan cover) of Trans-Oceanic Trouser Press. Fellow fanzine writer acknowledges other fanzine writer makes good, even going so far as to call Adny a lyrical "genius." Also calls 'em a cross between 10cc, the Beach Boys and heavy metal. The real parking lot heavy metal of 1975 along with KISS, the Gizmos, BOC, Thundertrain, Aerosmith, etc. 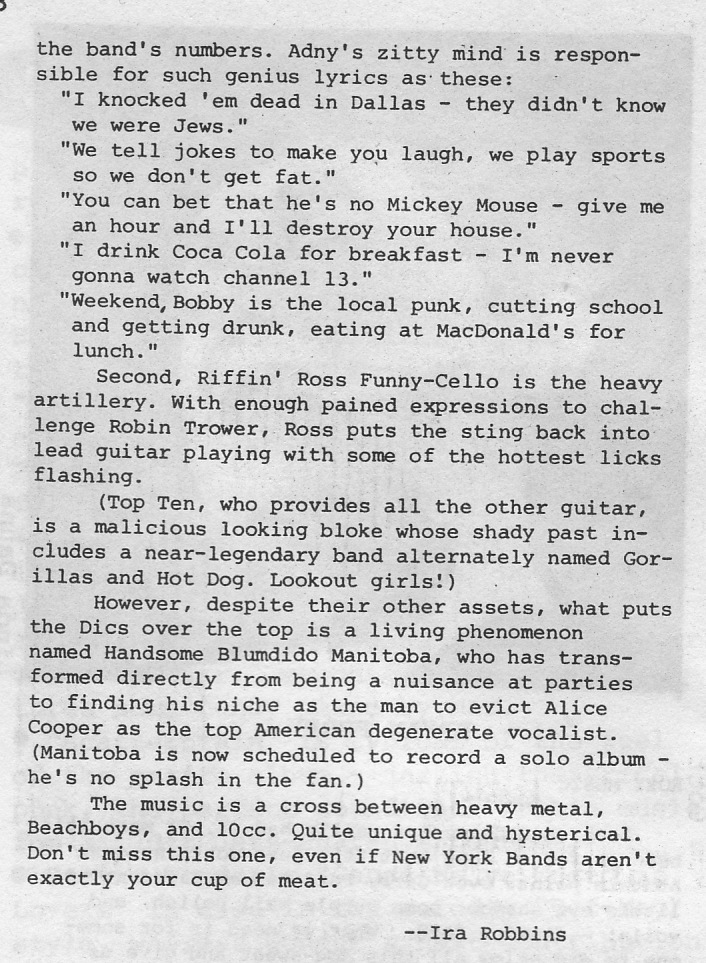