The Stony Brook mafia cast a wide net in the pre-punk days. Its influence ranged from the shores of San Pedro, California to the bowery of Manhattan, to the coasts of Australia and as far north as Finland. As another piece of the pre-punk universe, I present for your consideration, straight out of Helsinki and fronted by likely Gulcher/Creem approved frontwoman Annika Salminen, Dead End 5. It was a world away from Helsinki to Bloomington, but Annika and the crew would have been right at home chomping burgers with the Cutters, downing Rolling Rocks and listening to the Dictators. Their 1976 lp “Dead Ends” features covers of BOC, ZZ Top and even “Let Me Go Rock n’ Roll” by KISS. A BOC and Kiss-lovin’ proto-punk, female fronted band. Would it have rated the Back Door Man seal of approval? 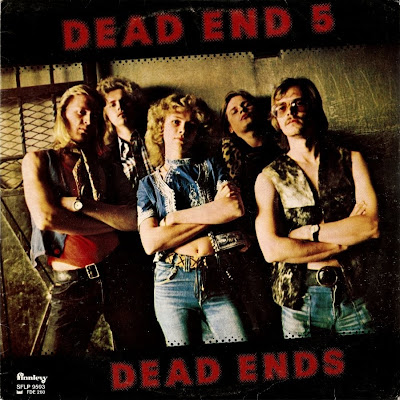 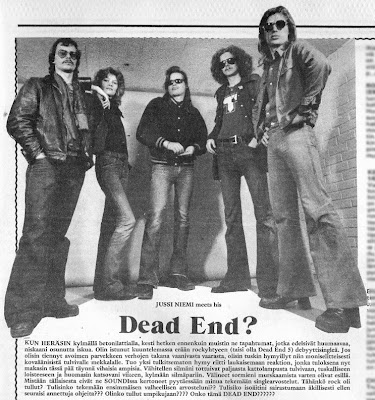 Methinks so given the rarity of such acts in 1976. On “Dead Ends” there may be a few too many Deep Purple moves for your tastes but it sounds fine to these ears. 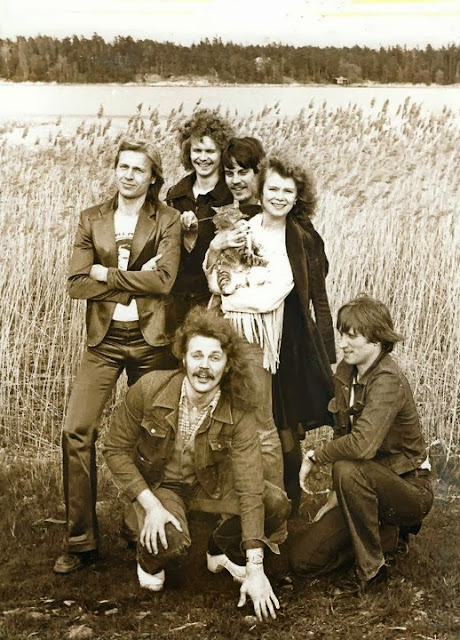 The blurb on the back cover (penned by their svengali manager) sums it all up:


DEAD END 5 is English. It's the street you live in. Your mental state. A nuclear charge in the atmosphere. Your insane self. A supernova in the stardust. It's a HARD ROCK band. It's DEAD END 5.

Roger that. Their manager was also the manager just prior to Dead End 5 for Finnish proto-punk glam heads Virtanen. Dig these clips.


Was the “Dead Ends” lp a fluke? Not after the first Ramones lp. Move over E. Bloom and welcome to the master race rock of Jeffrey Ross Hyman. Dead End 5’s early 1977 single "James Dean Pop/ Teräsneitsyt" is Finland's first punk rock record, with the a-side a cover of "Blitzkrieg Bop". The second LP, "Läpilyönti" (1977) also had another Ramones cover "Judy is a Punk" ("Judy et Jackie Punk"). How All-American is that baseball cover art - do I detect Thurman Munson in the image? A Gabba Gabba Hey cat? 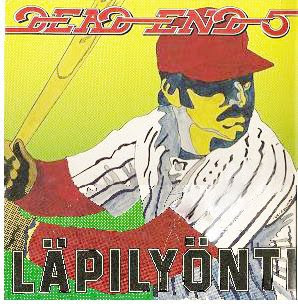 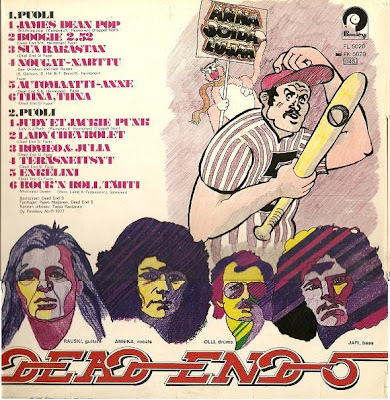 These guys put together that the Ramones would be played in sports arenas as jock jams a good thirty years ahead of the rest of the western world. That cover art also rates nicely to the baseball themed cover art of the Jon Tiven (and Ivan Julian) led Yankees lp. 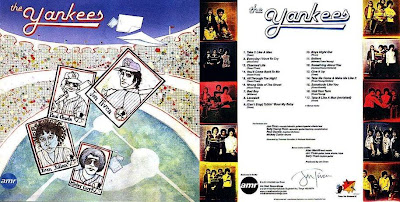 Are they the Finnish Shakin’ Street? Not quite the same deal. Annika put out a solo 45 following "Läpilyönti" which has a turgid cover of Buddy Holly’s “It’s So Easy” (Ronstadt arrangement) backed with “Nobody Does it Better” from "The Spy Who Loved Me." Awful stuff but then again Patti used to sing “You Light Up My Life” in much the same manner.

So for the tunage. First up on deck is a cover of BOC’s “ME 262” from 1976's "Dead Ends." Second is the cover of “Blitzkrieg Bop” now christened “James Dean Pop.” Woulda gone down well at the Masque as does the entire second baseball lp. 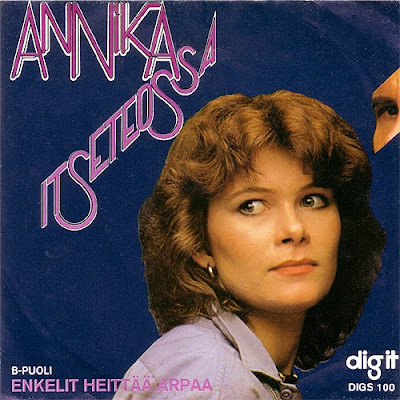 Now not to get into too much of a side tangent, the other great early Finnish punk band Briard (which featured Andy McCoy pre Hanoi Rocks), also had a tune called "James Dean Pop" which is NOT a Ramones cover or even a Dead End Five cover. Go figure these crazy Finns and their James Dean/punk rock fetish. Third track is Briard doing the “James Dean Pop.” Batting clean-up, and bring us all back to tyranny and mutation, we have Radio Birdman covering “Transmaniacon M.C.” live in Sydney 1976. Lastly is "Judy et Jackie Punk" from 1977.


With divshare dropping most of the old sound files, here are some of the missing tracks:
Posted by Papa Jon at 7:37 PM No comments: