These 1977-78 Iggy Euro TV lip-syncs, which are at minimum 35 years old, have the nonchalant air of someone who just showed up at the tv studio. But as I have written about here, more is going on. In any event, they hold up, no? Not necessarily a video supplement to The Idiot and Lust for Life, but interesting in that they don't diminish the songs either. "Sweet 16" in black and white just adds to a late 70's UHF vibe but spares no amount of energy for the 100 people in the tv studio. That "Lust for Life" with the pantomime face paint from the Psychedelic Stooges/Nico days! The French TV interview (wow!) as a counterpoint to the seriousness of the Tony Wilson interview - one has to view all the continental tv appearances as part of his broader practice. Man, somebody on the Dutch broadcasting service loved Iggy - no less than three solo appearances in a year and a half! Still cant believe that Dinah Shore had Iggy on so can't say we were totally deprived in the US (I remember seeing Alice on Dinah Shore circa "Welcome to My Nightmare"). I guess all you had to do was play golf to get on that show. While we in the states had to satiate ourselves with the Runaways on the "Rock and Roll Sports Classic" filmed at UC Irvine in 1978 (a winner well worth yer time - see below), the Dutch got Iggy goofing on the recording of "I Got a Right."
Posted by Papa Jon at 2:38 PM No comments:

I was fortunate enough to finally see R. Stevie Moore live earlier this year with old friends in LA after listening to his music for a couple decades now, and even got to hear the original Halfnelson demo lp from R. Stevie as well about 10 years ago via the US Postal Service. It was also R. Stevie who tipped me off to the Mael Bros. appearance in the T.A.M.I. show crowd - Zappa was there as well! Which brings me to Kickboy's review of his 1978 "New Wave" 45 in Slash. Far from what you may think, there were no hard feelings. In fact, in 1980, Slash even published a review by Mr. Moore of Andy Partrdge's 1980 solo lp which you can read about right here. I have always liked the lyrics to "New Wave" as I am pretty new wave myself: 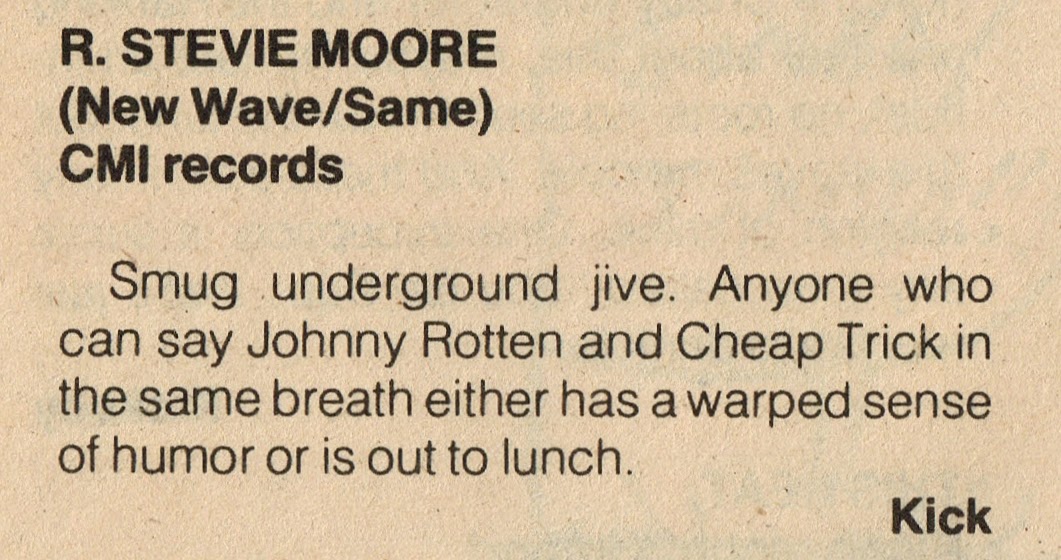 everybody's talking 'bout the
new direction rock and roll is
heading and the debut albums
coming every day
i am very happy just to
know i'm taken care of when it
comes to satisfaction in the
records that i play
1980's coming, don't you
feel it are you smart enough to
take it and accept it as a
renaissance of change
are you keeping up with all the
fever and the pace of every
musical involvement today, i say
new wave
dick clark meets stanley kubrick
don kirshner don't you like
new wave
electric underground
that just wants to be loved, yeah
everybody labels it and
uses it to wipe their ass
they criticize the lack of
expertise it has to show
then again there are some folks who
listen to it every chance they
get just to escape from
all the barry manilows
david bowie started it and
roxy music strengthened it and
now the latest incarnation's
eno and devo
ten or twenty years from now
i hope r.stevie moore will be
included in the list of telling
music where to go
new wave
bill haley's great great grandson
listens to trouser press
new wave
electric avant garde that
just wants to be purchased, yeah
i'm the only one i know who
feels so much regard for
XTC and talking heads and
the ramones and robert fripp
i don't have the time for anything
but 10cc and residents and johnny rotten
and i can't forget cheap trick
anybody listening can
understand ambition but i'm
going just a little overboard
with this whole trip
how it means so much to me
how little it must mean to you
the future is depending on the hip (eat shit!)
new wave
what's wrong with robert stigwood
he should adore the trend
new wave
recorded suicide that
just wants to live
Posted by Papa Jon at 4:20 PM No comments:

While working on a review of Jack Name's excellent Light Show (the best Eno lp since 1975?!!), I was asked by a local why I didn't spend much time on NZ music on Waitakere Walks. I think I need to rectify that. So into the barn for an ad for one of the best NZ recordings of the early 80's. Siltbreeze put out a great live set earlier this year which tacks on the whole ep on the digital edition. For a first, I may even review a current local lp here on this site, Arthur Ahbez's Gold, my favourite local release since Chant Darling. 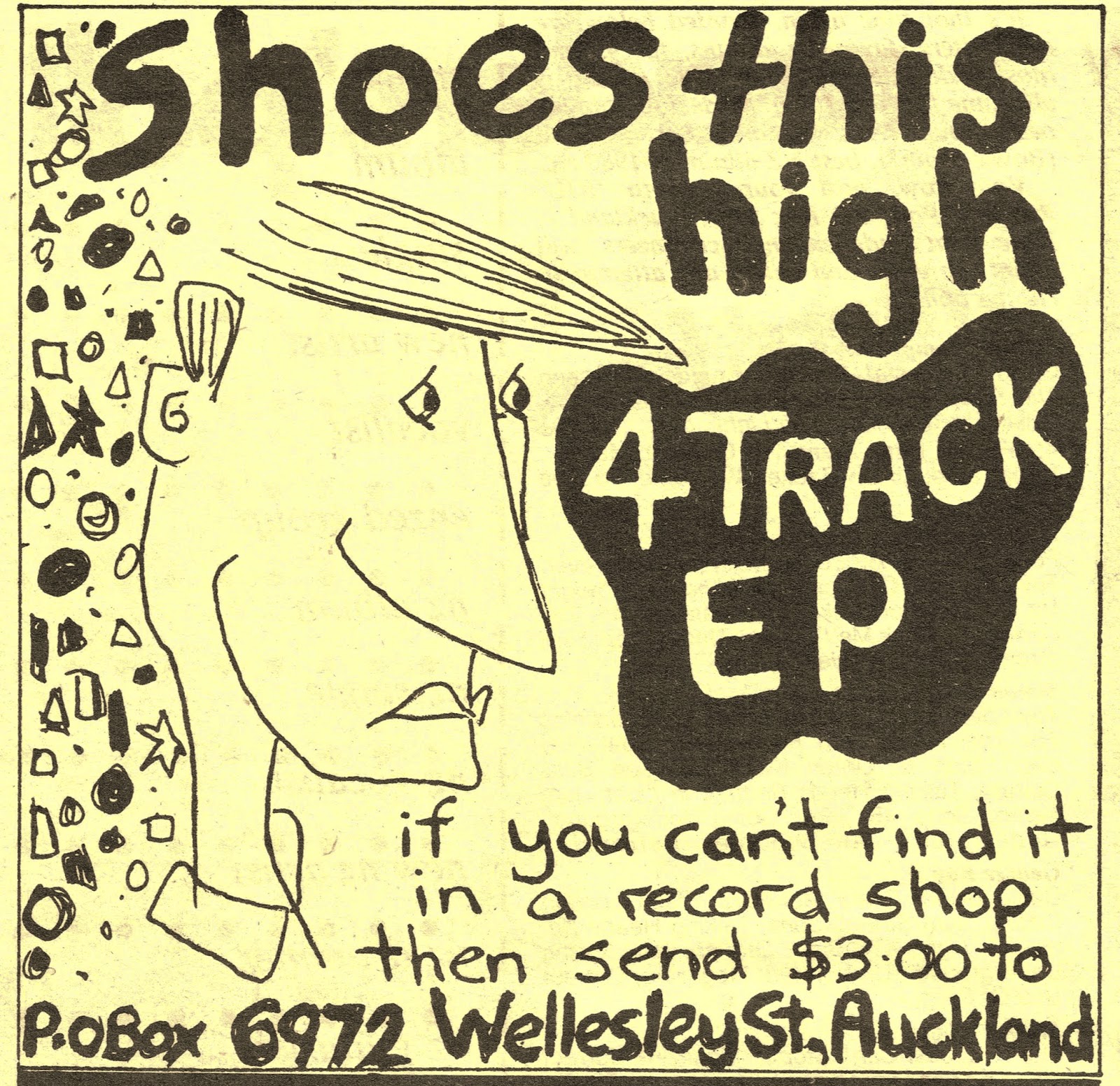 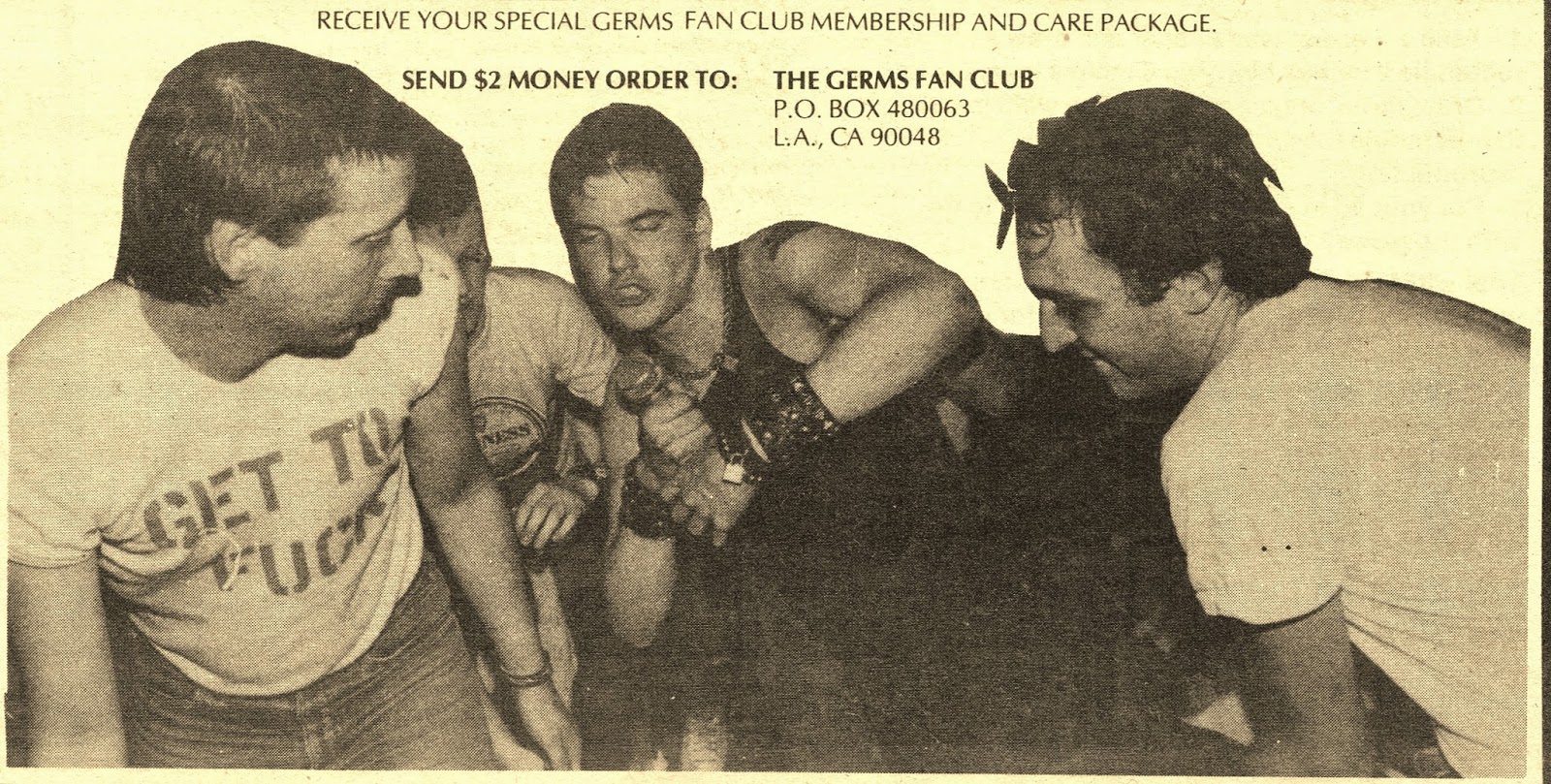 I am pretty sure that Rhino’s 3-lp box set of The History of Flo & Eddie and the Turtles have never been reissued, which is a shame. Listening to it recently, what struck me about the set is the final lp of interview excerpts from Flo and Eddie’s 1970’s radio show. Anyone who is a fan of Iggy’s 1976 “cameo” on Patti Smith's Teenage Perversity bootleg at the Roxy in early 1976 MUST hear Iggy’s interview on here with backing vocals by Flo & Eddie. My guess is that the interview is from 1974. A brief audio vérité snapshot of where Iggy was at in the years before Kill City. I will figure out a way to post that here at some point. The list of guests that appeared is pretty crazy: Lou Reed, David Bowie, Keith Moon, Ringo, Dean Torrence,Albert Brooks, Todd Rundgren, Alice Cooper, Marc Bolan and Mickey Finn (playing their own Flo & Eddie theme!), Harry Nilsson, and Jeff Lynne, Roy Wood and Bev Bevan together for a mini Move reunion while ELO and Wizzard were in LA. What the Rhino set also has to recommend is a printed booklet (almost identical in size/print to the old Flipsides that came in the Posh Boy Rodney compilations), and the GREAT Richard Creamer photo here. 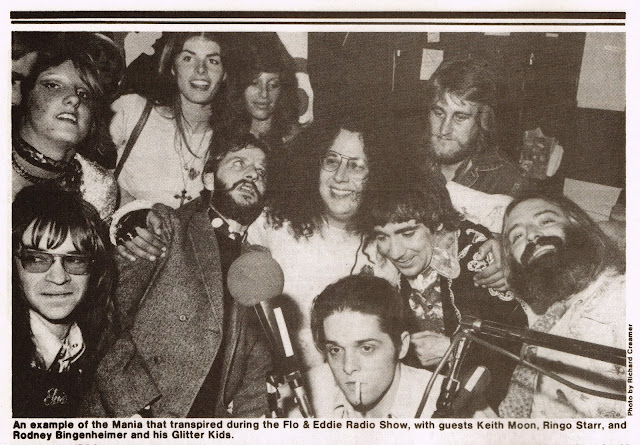